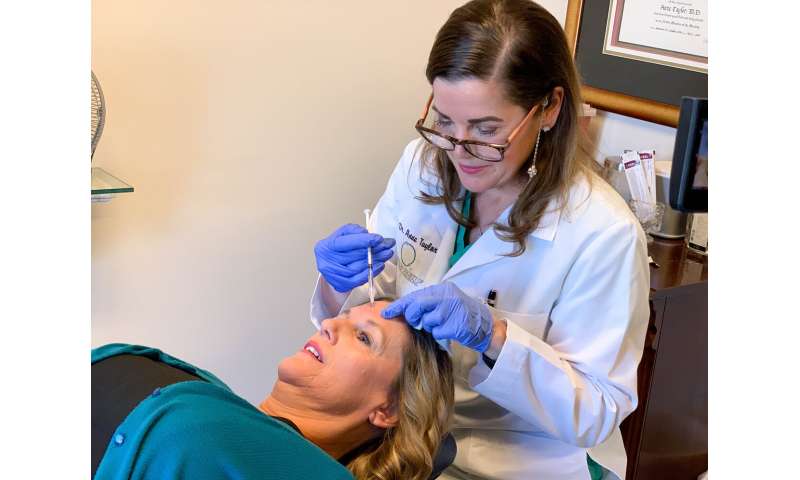 The rise of dating websites and apps have changed the dating scene, leading singles to make judgments on potential dates as fast as they can swipe their screen. With about 20 million baby boomers actively using at least one of these dating services, they want to look their best and feel confident in the modern dating world. New statistics released by the American Society of Plastic Surgeons finds more Americans age 55 and older are seeking out cosmetic procedures, with nearly 50,000 more procedures performed on patients in this age group in 2018 than the previous year.

“I’ve definitely noticed more baby boomers making appointments to explore which procedures can help them look as young as they feel,” said Anne Taylor, MD, a board-certified plastic surgeon in Columbus. “They’re not necessarily looking to turn back the clock to their twenties, but just to make some subtle changes to put their best face forward. For example, a lot of my patients have expressed concerns about their neck or double chin, especially when it comes to looking downward to take a photo or video chat on their phones.”

Dr. Taylor says boomers are interested in a wide range of procedures, both surgical and minimally invasive. The statistics show that surgeries such as liposuction (up 4%), hair transplantation (up 18%) and breast augmentation (up 4%) were popular among older patients in 2018, while smaller tweaks to freshen their look, such as Botox (up 3%) and fillers (up 3%) also increased significantly among those 55 and older.

55-year-old Jody Pinkerton says she chose to have a tummy tuck and breast augmentation to help her feel more like herself. After her divorce, her new look also gave her the confidence to create an online dating profile and begin meeting new people.

“Online dating can be scary, and you really need to be able to put yourself out there,” said Pinkerton. “People are initially judging you on a few photos, and I wanted to make sure I could have current photos that really represented who I am and made a good first impression.”

Having the courage to explore the modern dating scene eventually led Pinkerton to her husband, who she met online. “I have found my soulmate, and I don’t know if our paths would have ever crossed had I not been on that site,” she said.

“My boomer patients are confident and accomplished men and women, and they just want to look in the mirror and see the person they feel they are inside,” said Dr. Taylor. “Finding the right cosmetic procedures can give them that extra boost of confidence when venturing into a new chapter of their lives.”

With two-thirds (66%) of all facelifts in 2018 performed on patients 55 and older, along with nearly half (48%) of all eyelid surgeries, the rise in cosmetic procedures among older Americans is expected to continue. Statistics show procedures among this age group have steadily increased from 2 to 6 percent each year for nearly a decade. “It’s a trend that’s showing a shift in our culture,” said Alan Matarasso, MD, president of the American Society of Plastic Surgeons. “Older Americans are vibrant and living their lives to the fullest, and they want the way they look to reflect that. That’s where a board-certified plastic surgeon can help.”

Dr. Matarasso stresses the importance of choosing a board-certified surgeon to ensure the most rigorous safety and ethical standards, plus those are the surgeons who are most qualified and can offer a wide range of options to fit the needs of each patient.