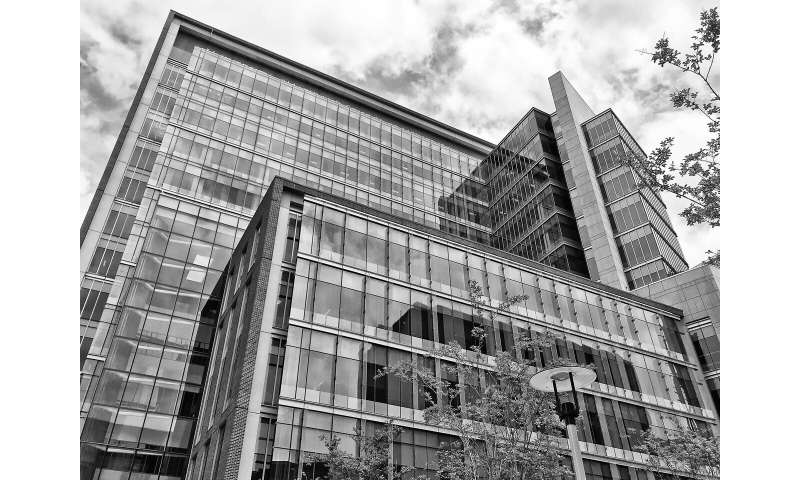 Black, Hispanic, and American Indian students remain underrepresented in medical schools, despite increasing efforts to create a diverse physician workforce, according to a new study by researchers in the Perelman School of Medicine at the University of Pennsylvania. Though absolute numbers of historically underrepresented medical students have increased over time, these changes occurred at a rate much slower than their age-matched counterparts in the U.S. population. The findings were published today in JAMA Network Open.

“Recent studies have shown a steady increase in the enrollment of nonwhite medical students over the past decade. While those numbers are promising, they don’t tell the full story,” said the study’s co-senior author Jaya Aysola, MD, MPH, an assistant professor of Medicine, assistant dean of the Office of Inclusion and Diversity, and executive director of the Penn Medicine Center for Health Equity Advancement. “We still have a long way to go before our physician workforce mirrors the population of patients who they serve.”

The findings come after a decade-long focused effort to diversify the medical field in response to mounting evidence that demonstrates the benefits—including the advancement of patient care, science, and health equity—of a physician workforce reflective of its patient population. With that goal in mind, in 2009 the Liaison Committee of Medical Education (LCME) instituted formal accreditation guidelines, which required medical schools to develop programs or partnerships designed “to make admissions to medical education more accessible to potential applicants of diverse backgrounds.” These efforts have largely centered on individuals defined by the American Association of Medical Colleges (AAMC) as those who are “underrepresented in the medical profession relative to their numbers in the general population.”

According to a 2018 study, the guidelines seemed to be working. After 2009, the research showed, the overall percentages of female, black, and Hispanic matriculants in U.S. medical schools increased. However, this and other similar studies failed to account for the changing demographics of the country’s population, explained lead author Lanair Amaad Lett, an MD-Ph.D. student and associate fellow in the Leonard Davis Institute of Health Economics.

“Past research has shown that the medical workforce has indeed become more diverse, but it doesn’t account for how much the country is diversifying as a whole. If the Hispanic population grows by 25 percent and the Hispanic medical student population grows at the same rate, you can’t directly attribute that growth to new guidelines,” Lett said.

To assess the racial/ethnic representation of medical school applicants and matriculants (enrollees), the Penn researchers used data from the AAMC and the U.S. census to determine the “representation quotient,” or the ratio of a racial/ethnic group in the medical student body (both applicants and matriculants) to an age-matched U.S. population from years 2002 to 2017. Specifically, they looked at male and female individuals ages 20 to 34 years old, who identified as white, black, Hispanic, Asian, American Indian or Alaska Native (AIAN), and Native Hawaiian/Pacific Islander.

From 2002 to 2017, the number of total medical school applicants increased 53 percent—from 33,625 to 51,658—and the number of enrolled students increased 29 percent—from 16,488 to 21,326. During this time period, proportions of individuals that identify as black, Hispanic, and Native Hawaiian/Pacific Islander in the U.S. aged 20 to 34 years old grew, while proportions of white individuals decreased, and AIAN individuals were stable.

“The efforts to increase diversity in medical education have clearly not been sufficient,” Lett said. “In light of the evidence that physicians from underrepresented backgrounds are more likely to serve populations with significant health disparities, and that a diverse physician workforce improves health care for all, the need for representation is an evidence-based imperative.”

In a separate analysis, the team, led by MD student H. Moses Murdock, applied this method to also assess racial/ethnic representation at the state level. They found that states with less overall diversity—in Vermont, for instance—did better in terms of representation, than in more diverse states such as California and New York. Ensuring state-level representation is paramount, the authors contend, given that over 50 percent of physician trainees end up practicing in the state where they trained.

Co-senior author Ronnie Sebro, MD, Ph.D., an assistant professor of Radiology as well as Biostatistics, Epidemiology and Informatics, said he hopes these findings will lead to a deeper examination of how to increase diversity in medical schools at national, state, and local levels, and to look to history to come up with evidence-based solutions. The greatest increase in racial/ethnic representation among medical school matriculants occurred in the late 1960s and early 1970s, for instance, but that increase in representation was not sustained.

“You really have to start thinking about how to change the pathway or the pipeline. Our results suggest that physician racial/ethnic representation will become even more disparate, if changes are not made immediately,” Sebro said.

However, the authors note that a lack of diverse applicants is far from the only contributing factor to achieving a workforce that reflects the U.S. population. Aysola added that there also needs to be a concerted effort to ensure structural inequities and biases are addressed at the institutional level.