The 39 year-old from Melbourne often has a glass or two after work. She’s aware, but skeptical, of advice suggesting this amount of red wine is good for her heart. 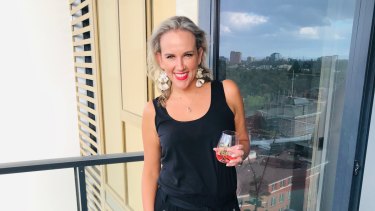 Pippa Williams says a glass of red wine is her ultimate way to de-stress.

“In this day and age you can find research to complement anything if you look hard enough” she says. “It’s common sense that habitual alcohol consumption isn’t great for your health.”

Her scepticism is right on the money: the aphorism that red wine has heart health benefits is now believed by many experts to be somewhat mythical.

Some suggest it is one of several booze-related myths pushed by the alcohol industry, misleading the public by downplaying the dangers of alcohol.

The Australian National Health and Medical Research Council (NHMRC) is currently undertaking a revision of their alcohol guidelines. Revised draft alcohol guidelines will be issued for public comment in late 2019, including the controversial “safe drinking limits” for alcoholic drinks such as red wine.

“On overall balance, there’s no basis for the red wine health benefits claim," says Professor Robin Room, alcohol policy researcher at LaTrobe University. "At a small level, it does thin your blood. But that just means you’re more likely to get one kind of arterial disorder than another: your blood may be less likely to clot, but it’s more likely to leak!”

The idea that red wine is good for your cardiovascular health has been nicknamed the “French paradox”, as the French had a high fat diet (butter, cream, cheese) but had lower heart disease. Resveratrol, an antioxidant found in wine, was thought to reduce risk of heart disease.

But the pithy bon mot, “the French paradox”, was just irresistible propaganda which we swallowed; literally, according to Michael Thorn, Chief Executive of the Foundation for Alcohol Research and Education (FARE).

“The French paradox was a total myth. The French had Europe’s highest rates of liver disease. But by cutting back on consumption of wine, they’ve dramatically reduced that. Research studies published on cardiovascular benefits – dating back 20 years – have been found to be flawed.”

A 2017 review of the entire scientific literature of alcohol consumption vs heart disease found that the evidence for red wine helping to prevent heart disease is flawed at best and inaccurate at worst.

The myth, though false, had a dramatic impact. Shortly after the French paradox was first reported, US red wine sales shot up 40 per cent.

"Once the so-called ‘protective effect’ of red wine became an issue that was discussed in the 1920s, the alcohol industry jumped on it,” says Professor Room.

By 1994, five studies had been published claiming that reasonable amounts of alcohol could protect against heart disease.

The World Health Organisation advises there’s no safe level of alcohol consumption and every drink you consume increases your risk of cancer and various other health conditions such as liver disease.

It comes down to the level of risk involved and where we’re prepared to draw the line. The risk is smaller at lower levels, but it’s still a very real risk.

Professor Room helped draw up Australia’s 2009 guidelines, which are currently in use.

“We tried to draw a line where there was no more than one in 100 chance of dying – that’s an extremely high risk we were setting the line at," he says. "The Australian government’s in safe water supply risk of dying is one in a million. WHO recommends one in 100,000. But then you could argue that when assessing risk for voluntary behaviour, we accept higher risks.”

Alcohol consumption guidelines themselves are controversial. The UK guidelines drawn up in 1987 were “plucked out of the air” according to Richard Smith, who sat on the Royal College of Physicians working party on alcohol. In 2007, he said, “We didn’t have data for safe limits – and what are safe limits anyway? They were arbitrary.”

In the recent CBC radio podcast "Alcohol: Tonic or Toxin", it was reported that these guidelines became a model for places like Australia and Canada for two decades.

Today’s Australian guidelines recommend no more than two standard drinks on any day to reduce the lifetime risk of harm from alcohol-related disease or injury.

Thorn claims the alcohol lobby has slowed the process of reviewing the 2009 Australian guidelines. This year’s review was due to take place five years ago.

“They’ve attempted to undermine Australia’s National Health and Medical Research Council, criticised members of the expert panel and tried to discredit the current review. It’s a classic case of the alcohol industry behaving like tobacco industry: questioning the science and installing doubt.”

“The alcohol lobby played an important role as any industry would in defining problems on their own terms. The Australian Hotels Association is one of the biggest funders of the major parties. For example, they’ll say to governments: there are too many regulations, let’s get rid of some of them – the whole neoliberal line.”

But some people, like Pippa Williams, even upon learning the health benefits are dubious, will continue to drink the same quantities of red wine nonetheless.

“I’m not deterred at all and not surprised at all."