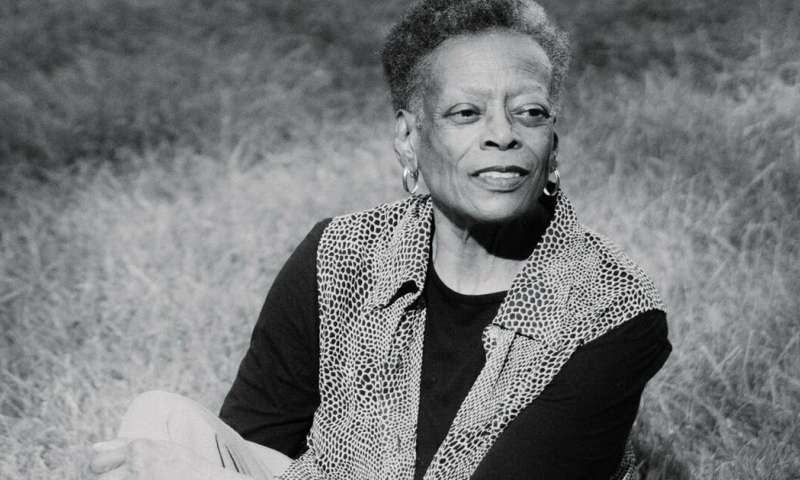 Sophia Harrison, 51, is a single mother of two, with an extended family to support. She has lived with epilepsy her entire life; she suffers from hypertension; and she is a breast cancer survivor.

Yet more challenging than any of these was learning she was HIV-positive.

“I was crying for at least six months,” she said of learning she was HIV positive 10 years ago. “It hurt me real bad.”

Harrison’s story is far from unusual. She is one of about 140,000 African-American women living and aging with HIV. While she is grateful to be alive, she faces multiple health challenges in addition to HIV, like hypertension, diabetes and breast cancer, that disproportionately plague African-American women. And they often struggle to take care of themselves and their families because of limited resources. In working with older African-American women who are HIV-positive, I learned about their individual stories.

In the 1980s and 1990s, an HIV diagnosis often equated to a death sentence, with many given weeks or months to live. Much of the public health focus in the early years was on white gay men in urban centers.

Early stories of women living with HIV focused on sex workers and injection drug users, those who were highly stigmatized by society for behaviors it deemed immoral. Conversations about women with HIV were silenced and shamed, causing delays in testing and treatment for women. HIV research specifically excluded women, perpetuating the myth that women were not at risk for HIV. Even today, women represent less than a quarter of clinical trial participants for HIV medications, and prevention strategies for women lag far behind those for men.

As a result, African-American women living in places like Washington, D.C. and Maryland were not tested routinely or well informed about HIV until they fell seriously ill, I found as part of my research. Many who were in their 20s and 30s when they were first diagnosed were in a state of shock and denial, certain that they would not live to see their next birthday.

My research, which has involved ethnographic and oral history interviews with 45 women over five years, reveals that HIV for African-American women has never been a single issue, separate from histories of addiction, trauma and poverty.

For some, an HIV diagnosis signaled death and an end to the future they had imagined for themselves. While for others, diagnosis was a form of redemption and a second chance at life. 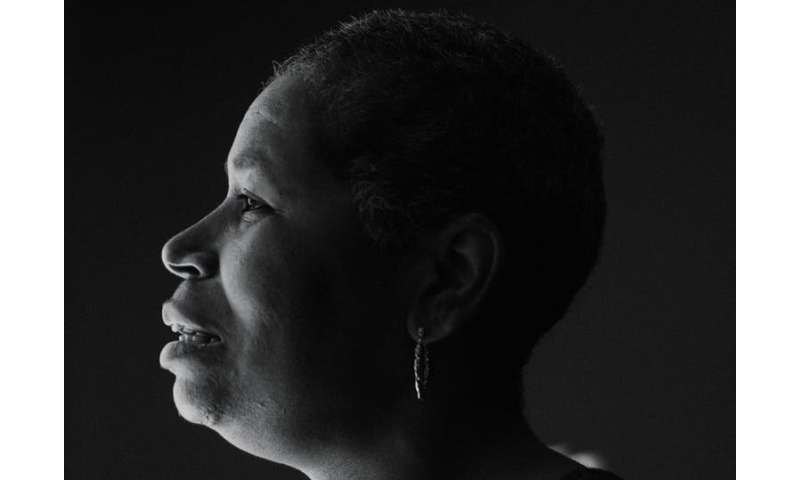 Regardless of how HIV altered their lives, these women, now in their 50s and 60s, suffer from debilitating health problems, a result of living a lifetime with HIV and the toxic effects of long-term medication use. Many rely on fragmented public safety nets and will need even more health and disability benefits as they age.

While public health officials and politicians are focused on ending HIV in the next decade, very few resources are available to those already living and aging with HIV. Amid the uncertainty that life with HIV brings, African-American women, like those featured here, live with hope and strength. “I’m a survivor,” Harrison told me.

‘I didn’t care what happened to me’

Marcella Wright was born in Washington, D.C. in 1943. She has suffered from debilitating asthma for as long as she can remember. When she was growing up, her neighbors grew wild cannabis and treated her with the vapor. She eventually learned to smoke cannabis to ease the pain of her asthma. She later added alcohol to the mix.

After graduating from high school, she found out that her boyfriend of two years was going to marry an older woman. “After that I didn’t give a damn. I didn’t care what happened to me.”

She became pregnant by a man who would eventually end up in jail, and she gave birth in a home for unwed mothers. She recalled: “I had the baby all alone in the cold. It seemed like one of the most horrifying moments of my life. And I have had guns to my head, I have been choked, and all that. But this particular time, having this baby. All alone.”

Wright was forced to marry her son’s father, and the relationship became abusive. She turned to crack cocaine to cope and became hooked. “You wanted to do the right thing because you’re a mom and you got this damn job you have to get to,” she said. “But you didn’t have any control. You wanted it all the damn time.”

She lost her job and became homeless.

She began to get sick. Even though she knew something was seriously wrong, she was either too high or too scared to go the hospital. She decided to get clean in 1989 for her children. A few years later, she found out that she had HIV.

She was recruited into one of the earliest treatment programs for people living with HIV. She was the only woman when she enrolled. Most of the other participants who began the program with her, mainly gay men, have since died. 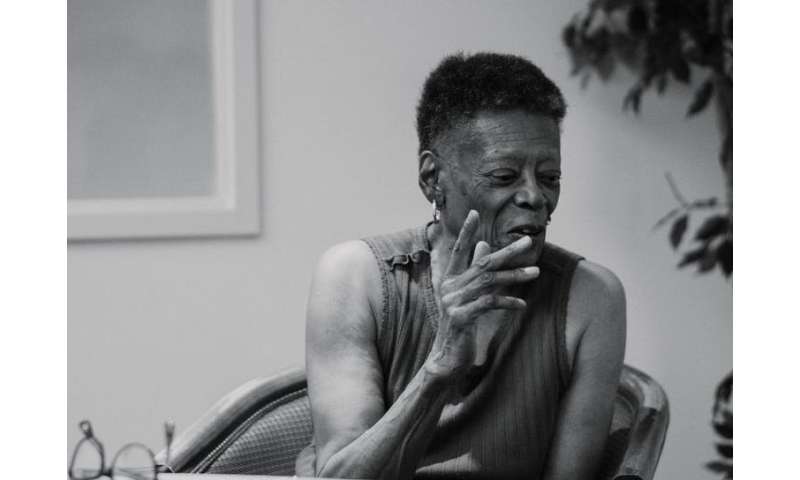 Wright’s experience was transformative. “If it wasn’t for them I may not have accepted this situation,” she stated. “They just did everything that I expected everyone to do all my life—take care of me.”

She also credits her faith in God for getting her here. “He allowed me to know that this is just a journey,” she stated. “That is what keeps me.”

“I have a lot of stories,” said Toya Tolson. “They are real-life stories of pain.”

She became pregnant when she was in 10th grade. Her son was born prematurely, and he died right after his birth. She remembers holding him. “I have his birth and his death certificates,” she said between tears.

She coped by turning to drugs, mainly marijuana and love boat, a street drug made of marijuana dipped in a toxic chemical like formaldehyde, PCP, or both. It can cause severe brain damage and even death. She didn’t care. “I was getting high,” she said. “I was selling. I was my best customer.”

Eventually she became homeless. Alone on the streets, she became numb to feelings. “I put myself in a lot of dangerous situations,” she said. “It was just about survival.”

She was involved with a lot of strangers. “They weren’t relationships. They were sexual activities when I was out in the streets. I was in a confused state of mind. Where I probably encountered AIDS.”

What she really wanted was affection and attention, things that she felt like were always missing from her life. “I wanted to be loved. I wanted just to be around and thought they were my friends. But they wasn’t. They was using me. I didn’t comprehend until it was too late.”

Things hit bottom when she fell into a coma. No one expected her to survive. She spent months in rehabilitation, until she was sent home in 2005. That’s when she found out that she had HIV. 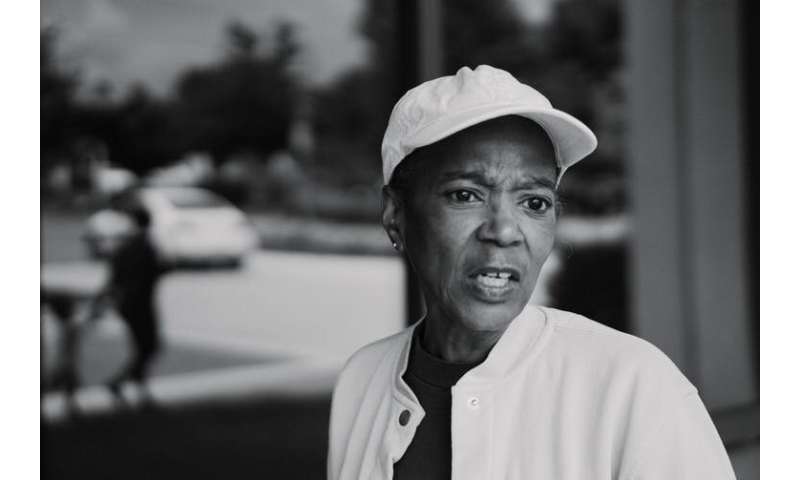 Today, she is thankful for being alive. “Every morning I wake up, I’m more than a moment. It’s a gratefulness. I’m still here. I have a second, an hour, another day.”

‘I thought I’d rather die’

“My life wasn’t what I hoped it to be,” Deborah Dyson said.

Both of Dyson’s parents were alcoholics. Raised by her godmother, her life took a turn for the worse when she moved back in with her biological family. A relative began to rape her when she was 12. Out of fear, she didn’t tell anyone. She turned to alcohol and drugs, both readily available in her home.

Things soon spun out of control. She dropped out of high school. A sister introduced her to crack.

She remembers the first time she smoked it. “That’s when you first figure out how crack works,” she recalled. “Because drinking was a thing I knew how to do, so I just needed to add the drinking to the crack to make that high. When you first drink, you get that good little buzz, so you’re always trying to find it again. That’s what I was doing, trying to find that feeling again.”

Soon, she turned to heroin. She used for 17 years, often out on the street.

Early in 1989, she became increasingly sick. Her friends urged her to get tested for HIV.

A friend recommended that she switch doctors and clinics, and this change made a huge difference.” They showed me that I could live. They gave me good medical treatment,” she said.