Veganism is the best diet for athletes because it boosts heart health, endurance and recovery, according to a scientific review.

Athletes, as well as the general public, are increasingly adopting the diet for its reported benefits to health.

Now, evidence supports that the diet – which uses predominately uses beans and legumes for protein instead of meat – can improve athlete’s performance. 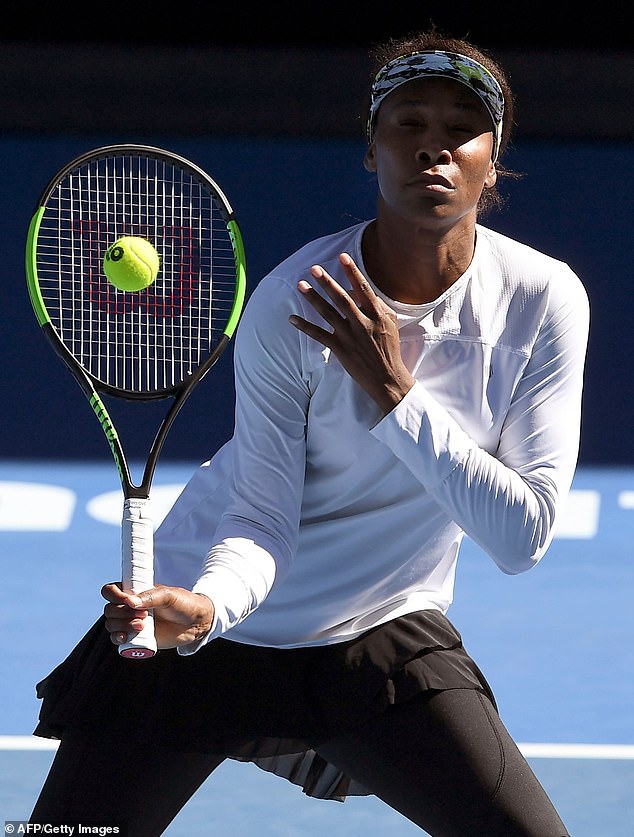 Veganism is the best diet for athletes as it boosts heart health, endurance and recovery, according to a scientific review. Tennis player Venus Williams is already a fan 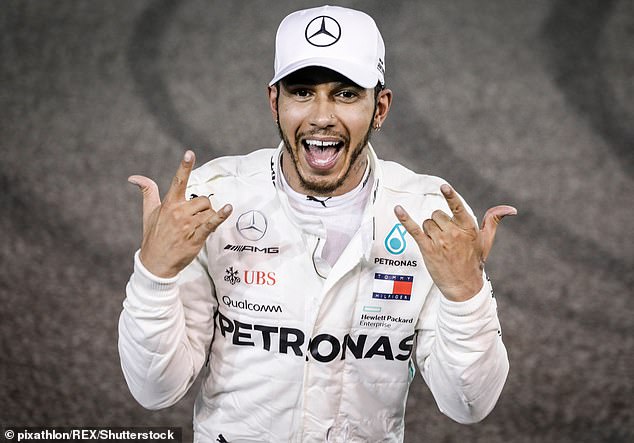 Athletes, such as Formula 1’s Lewis Hamilton, as well as the general public, are increasingly adopting the diet for its reported benefits to health

‘It’s no wonder that more and more athletes are racing to a vegan diet,’ co-author Dr James Loomis, medical director for the Barnard Medical Center, said.

‘Whether you’re training for a couch-to-5K or an Ironman Triathlon, a plant-based diet is a powerful tool for improving athletic performance and recovery.’

The review of dozens of existing studies, published in the journal Nutrients, found a vegan diet play a key role in cardiovascular health, which is critical for endurance athletes.

Even well-trained athletes are at risk for heart disease – around 44 per cent of middle-aged and older endurance cyclists or runners have plaque in their arteries.

A low-fat, vegetarian diet is the most effective dietary pattern clinically shown to reverse plaque, the authors said.

And compared with meat eaters, vegetarians are 32 per cent less likely to develop coronary heart disease.

Because a plant-based diet is typically high in carbohydrates, it should also provide an essential tank of energy for sports players.

Carbohydrates are the primary energy source during aerobic exercise, and endurance is enhanced by a high-carbohydrate intake. 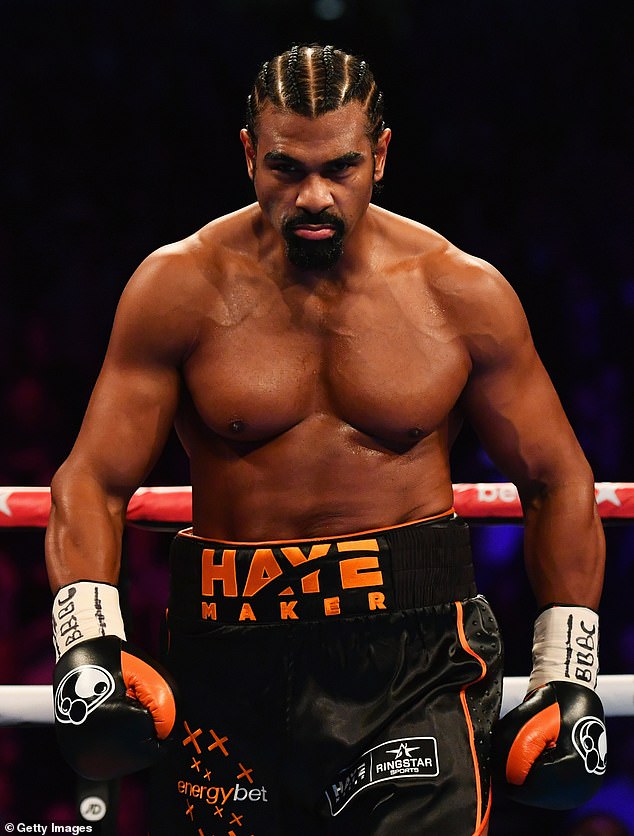 The scientific review, led by George Washington University School of Medicine, said that the meat-free diet can provide a leaner body – essential for athletes. Boxer David Haye is vegan 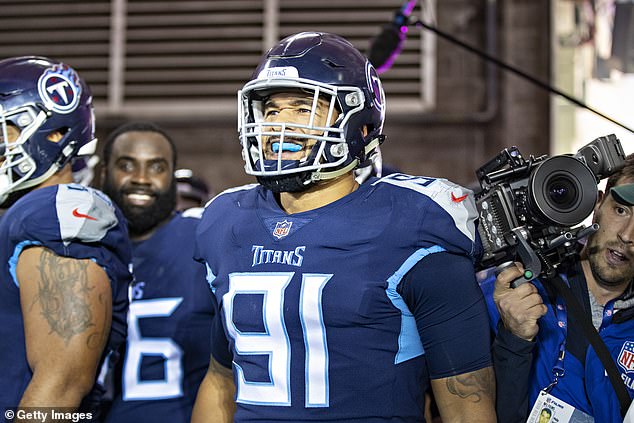 Athletes, including Derrick Morgan of the NFL’s Tennessee Titans, will still be getting enough nutrients, the experts said, if they take a B12 supplement

The researchers also found that a plant-based diet boosts athletic performance and recovery.

Due to higher intakes of vitamin C, vitamin E, beta-carotene, and other antioxidants, the plant-based diet can increase blood flow and tissue oxygenation, thereby reducing oxidative stress and inflammation.

Without eating meat, vegans could be at risk of a B12 deficiency.

However, with a B12 supplement, the diet provides all of the necessary nutrients an endurance athlete needs, including protein, calcium, and iron.

‘Individuals who change from omnivorous to plant-based diets typically improve their overall nutrition,’ the researchers said.

‘Fruits, vegetables, beans, and whole grains tend to be high in vitamins, minerals, and fibre, very low in saturated fat, and devoid of cholesterol.

Record numbers of people are interested in the vegan diet, with the demand for meat-free food increasing by 987 per cent in 2017, according to The Vegan Society.

The trendy diet is also backed by social media stars and celebrities including chef Jamie Oliver and singer Beyoncé.

Shunning meat, fish, dairy and egg consumption, however, may not be easy as it looks – despite supermarkets rolling out more vegan options every year.

Although some studies find that people who stick to a plant-based diet including lots are less likely than average to develop heart disease, it is still possible to find processed vegan foods in the aisles.

A 2017 study, published in the Journal of the American College of Cardiology, found that those who ate a vegan diet high in sugar and processed foods were 32 per cent more likely to be diagnosed with heart disease than meat-eaters.

WHAT IS A VEGAN DIET AND HOW HAS IT BECOME MORE POPULAR?

A vegan diet contains only plants (such as vegetables, grains, nuts and fruits) and foods made from plants. Vegans don’t eat foods that come from animals, including dairy products and eggs.

One in eight Britons are now vegetarian or vegan, and a further 21 per cent say they are flexitarian – where meat is occasionally eaten, according to a 2018 report from Waitrose.

Campaigners behind Veganuary have also called on politicians to support a Plant-Based Parliament for January 2020, with many MPs showing their support already.

Supermarkets and fast-food chains are keeping up – Sainsbury’s added 29 new vegan products to its shelves, taking the total to over 100. Waitrose, Tesco and Iceland are stocking ‘fishless’ fingers, meat-free sausages and burgers, and even vegan versions of ready-meals such as lasagne.

Bakery chain Greggs made headlines in January 2019 with its new vegan sausage roll, but other chains, such as Pizza Express, TGI Fridays and Wagamamas were already ahead of the game.

The NHS says you can still get all the nutrients you need from eating a varied and balanced vegan diet.

To make sure you stay health you should:

Vegans need to be careful that they are getting enough calcium, vitamin D, iron, omega-3 and B12.

B12 is only found naturally in foods from animal sources. Sources for vegans are therefore limited and a vitamin B12 supplement may be needed, such as fortified products.