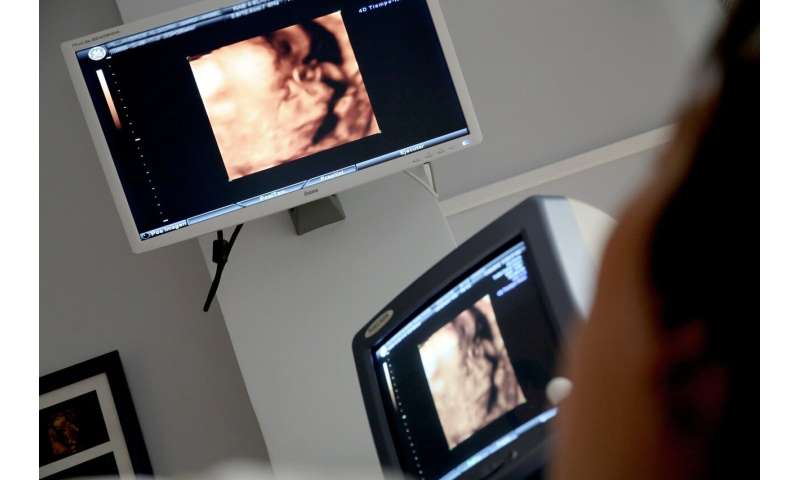 Babies who have persistent fluid-filled areas in their kidneys during gestation are likely to present with urinary tract problems and to be admitted to hospital in early childhood, according to new research published by Shantini Paranjothy and colleagues at Cardiff University, UK in the open access journal PLOS Medicine on July 30.

In the UK, pregnant women have a scan at 20 weeks to identify any structural abnormalities in the developing fetus. Some of the findings in the scan are indicators of later health problems, and although fluid-filled areas of the kidneys are sometimes seen, it is not known whether this is a reliable indicator of future adverse health outcomes. The population-based cohort study on which the new research is based linked ultrasound scans with data on hospital admissions in the first 3 years of life, and the findings could be used to develop counselling for parents and care pathways in cases where the fluid-containing areas, known as renal pelvis dilatation, are observed.

The researchers used the Welsh Study of Mothers and Babies prospective, population-based cohort and included 21,239 children in their analysis. In 7.6 of every 1,000 babies, mild-to-moderate dilatation was seen at the 20-week scan, and the risk of hospital admission was more than 7 times greater in those children with renal pelvis dilatation than in those without (conditional hazard ratio 7.23, 95% CI 4.31-12.15). Risks were increased in those with later dilatation, but in most children dilatation did not persist and hospital admission rates related to urinary tract symptoms were similar to those in children with no dilatation.