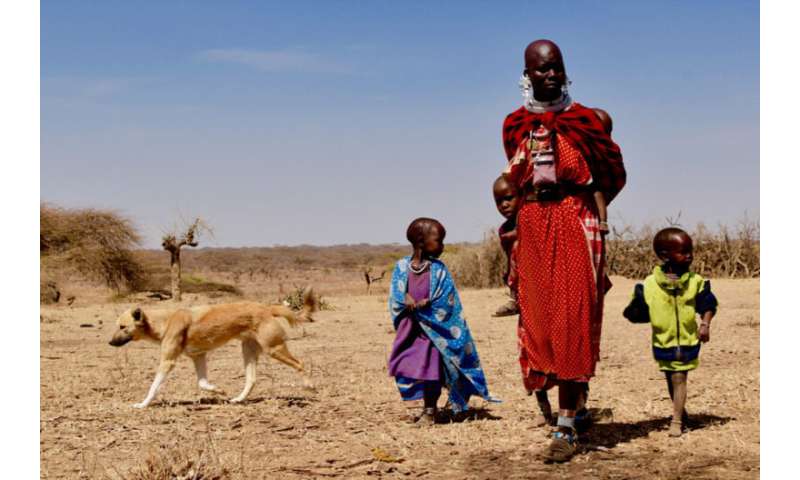 Promoting healthcare strategies that target both human and animal populations at the same time can save money, participant time and result in a two-for-one stop for health care services.

That’s according to a new study by scientists at Washington State University’s Paul G. Allen School for Global Animal Health.

The researchers treated roundworm infections in humans during their regular dog vaccinations campaign to eliminate rabies in 24 Tanzanian villages.

Their findings indicate the utility of integrating the treatment of humans and animals together, a concept known as One Health.

“We found there was no difference between the proportion of households that participated in the combined and stand-alone events,” said Felix Lankester, clinical assistant professor and lead researcher on the project. “Suggesting that people we’re not put off from attending a combined intervention where their children received treatment alongside their animals.”

One Health delivery platforms like the one Global Animal Health researchers implemented in Tanzania could play an important role in the World Health Organization’s global campaign to end the burden of neglected tropical diseases by 2030.

In addition to reducing time for those who would have to travel to two health clinics, there were significant cost savings by combining the interventions for both diseases. The integrated health clinics cut transportation and advertising costs, lowering the cost of a deworming dose by an average of 12 cents and the cost of a rabies vaccination by an average of 66 cents.

By positioning the clinics outside of school grounds and offering treatment to the whole community rather than just children attending primary school, the study was also able to reach thousands of people, outside of the 7 to 13-year-old age range, who would have otherwise not been vaccinated by the United Republic of Tanzania’s National Schools Deworming Programme.