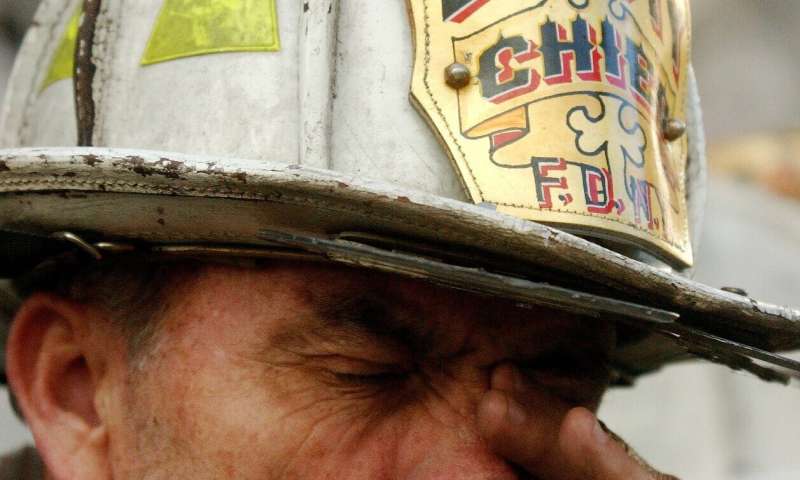 People who narrowly avoid disaster do not necessarily escape tragedy unharmed, and their knowledge of the victims’ fate shapes how survivors respond to traumatic events, according to the results of a new paper by a University at Buffalo psychologist that explores the effects of near-miss experiences associated with the 9/11 terrorist attacks.

“There is a misfortune to being fortunate,” says Michael Poulin, an associate professor of psychology at UB and lead author of the paper published in the journal Social Psychological and Personality Science.

“You would think that having a near-miss experience is unequivocally good news. That means it didn’t happen to you. Although obviously that’s far more preferable than having tragedy befall you, it turns out that merely being aware of that fact can be burdensome—and it’s particularly true when it’s vivid that others were not as fortunate.”

Poulin’s study, with Roxane Cohen Silver, professor of psychological science, medicine and public health at The University of California, Irvine, deepens the understanding of how large-scale trauma affects mental health.

“We tend to focus understandably on those who were affected, but our data suggest that even people who were not directly affected in any obvious way can be upset by mentally comparing what didn’t happen to them in light of what actually happened to someone else, who easily could have been them.”

Despite the frequency with which “survivor guilt” appears in casual conversation and popular culture, this study turns out to be among the few to directly examine near miss experiences.

“Survivor guilt is widely understood to be true, almost like a kind of clinical lore,” says Poulin, an expert in stress and coping. “But in the context of near-miss experiences, there’s just not much there if you go looking for empirical data on the existence of survivor guilt.”

Near-miss experiences are difficult to study because of the challenges involved in finding a representative sample, but 9/11 provided Poulin and Silver with the opportunity to conduct rigorous research on the phenomenon—even though neither of the scientists were at first interested in doing so.

“This project shaped much of my graduate career,” says Poulin. “Professor Silver, my co-author and advisor at the time, studies responses to trauma, in particular mass tragedies. Despite that focus, as a research team we talked it over and agreed not to go anywhere near this event. It was too raw and painful to think about a psychological study.”

That conversation changed in the days after the attack when media outlets began speculating on its psychological effects with no research to support their commentary.

“What we originally considered to be exploitative suddenly appeared to be necessary,” says Poulin. “This was something that needed to be studied.”

The researchers used a 1,433-participant sample provided by an online research company, which assessed a near-miss experience by asking, “Did you or someone close to you experience a near miss as a result of the Sept. 11 terrorist attacks?”

The findings suggest that the near-miss participants reported higher levels of re-experiencing symptoms (sudden, traumatic memories of the event) that persisted over three years and probable post-traumatic stress disorder.

The PTSD is, not surprisingly, affected more by direct exposure, but that near-misses exist as an independent predictor suggests that their role is not related exclusively to familiarity with the victims.

“I think this study contributes to a broader debate that people are having in the world of psychology about what counts as being exposed to trauma,” says Poulin. “This is also something clinicians should continue to be aware of in terms of evaluating their clients’ mental health.

“It’s not just ‘Did this happen to you?'” “But ‘Did something almost happen to you?'”Poulin notes that these findings are based on one event of a particular magnitude and whether they can be generalized is still as yet an unanswered empirical question.