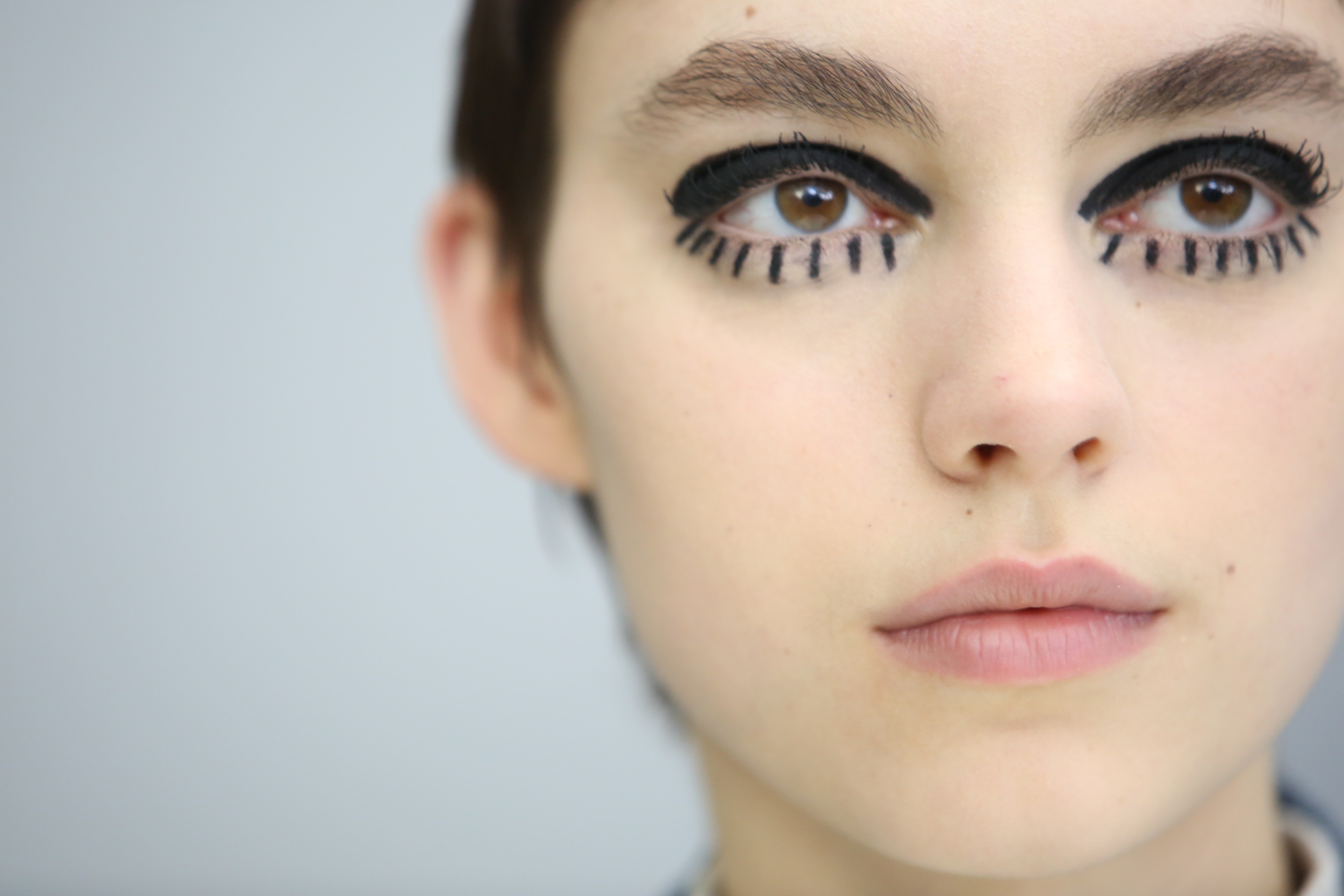 Counterbalancing some of the tamer beauty looks — of which there were many — appearing on catwalks during the most recent Paris ready-to-wear season were some wilder creations.
Take the coifs at Yohji Yamamoto. Backstage before the show, hairstylist Eugene Souleiman explained that he and the designer had talked about the fall 2019 fashion collection, and Yamamoto told Souleiman he was trying hard not to be a designer.
According to Souleiman, Yamamoto explained: “What I wanted to do was to create clothes that I felt came before fashion existed, before people made clothes for other people.”
Souleiman recounted Yamamoto said: “I want the clothes to feel very personal… they were made by the person wearing them.” So Souleiman said his own thinking was: “Three-hundred years ago there was no hairspray, combs, grips — no nothing. Let’s style hair with a fabric they made clothes with. So we are just creating hairstyles by literally picking it up in its rawest form and doing blanket stitches — stitching the hair up and holding it in place. Every one is different.”
At Dior, models had what looked like thick eyelashes drawn under their lower lids. “The makeup is very rough, heavy-handed — almost a cartoon-style imitation of a Sixties Polly Maggoo kind of makeup,” explained Peter Philips, creative and image director of Christian Dior makeup.
Other off-the-grid beauty looks were noted at Marine Serre, Rick Owens, Andreas Kronthaler for Vivienne Westwood, Balenciaga, Dries Van Noten, Christian Wijnants, Courrèges and Manish Arora.
Source: Read Full Article

A study published this...

Of mice and men: Treating acne with systemic antibiotics can have unintended consequences on the maturing skeleton during adolescence