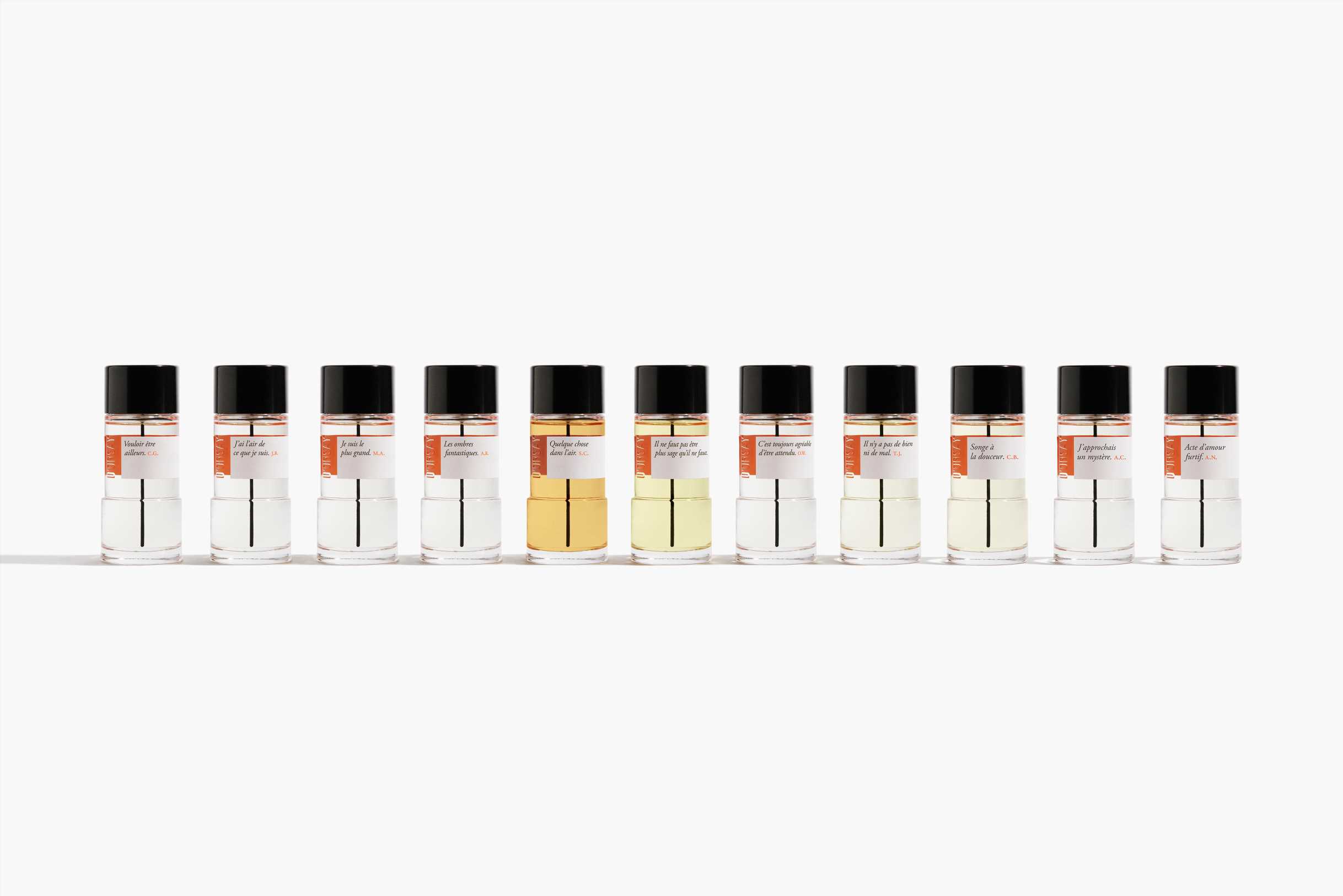 PARIS — Heritage can serve as both a treasure trove and a springboard for a fragrance brand such as Parfums d’Orsay.

The French house with roots dating back almost 200 years perpetually mines olfactory, aesthetic and story-telling inspiration from its founder, the colorful dandy and talented portraitist Count Alfred d’Orsay. Those then are parlayed into the present day.

In 1821, d’Orsay met Marguerite Gardiner, Countess of Blessington, who was married and 12 years his elder. Their sentimental feelings blossomed, and the two had an affair.

“It was for her, in 1830, that he conceived a fragrance that represented their love and relationship,” explained Chloé Prigent, D’Orsay’s director of branding and communication, discussing the perfume that was gender-neutral in order to keep their liaison secret.

“It’s a true story, which is what is amazing,” she continued, describing the fragrance as having been “born in a heartbeat.”

D’Orsay’s first scent has been reworked and will be relaunched in June.

After being acquired by Aera Nova in 2015, D’Orsay executives hit the pause button on the brand and delved into its archives, refocusing the storyline “around fragrances [reflecting] states of love,”  explained Amélie Huynh, D’Orsay’s chief executive officer.

“The history of Alfred d’Orsay is extremely rich,” she continued, referring, for example, to his perfume flacons having been made in collaboration with Lalique and Baccarat. 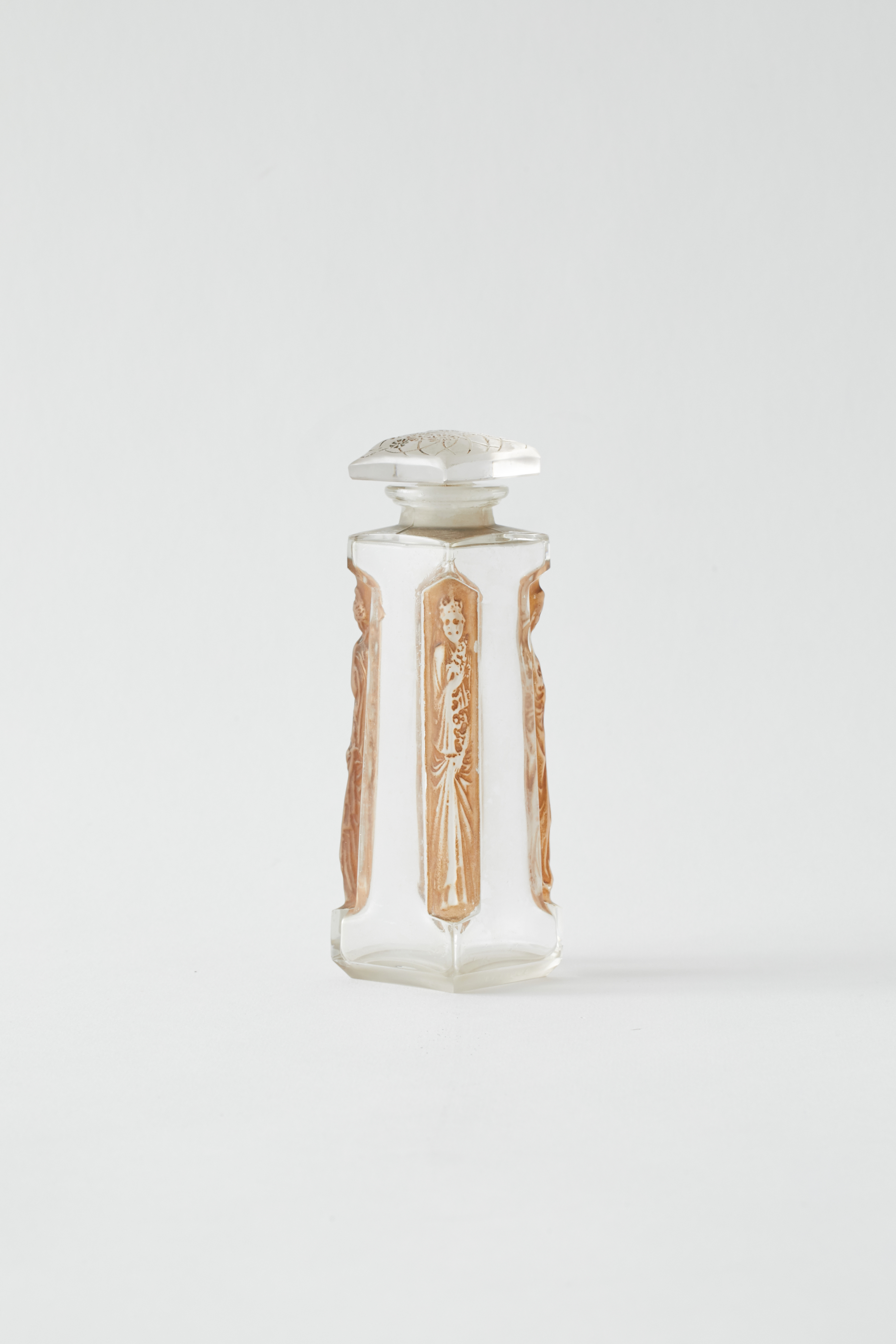 (The New Yorker finds d’Orsay such a fascinating fellow that an iteration of his monocled self-portrait graces the magazine’s cover each February.)

Although no formulas for past D’Orsay scents remain, descriptions of notes they contained do. Jean Cocteau created D’Orsay’s ad campaigns in the ’20s, while other artists involved included Marie Laurencin and Saul Steinberg. What’s in the archives, as well, helped fashion the design of the brand’s current bottles and store design in Paris and Tokyo.

It’s key to take the brand’s heritage and assets and transcribe them in a contemporary way, according to Huynh.

Love stories continue inspiring D’Orsay’s perfumes, which remain entirely made in France — such as the fragrances’ raw ingredients culled in Grasse. 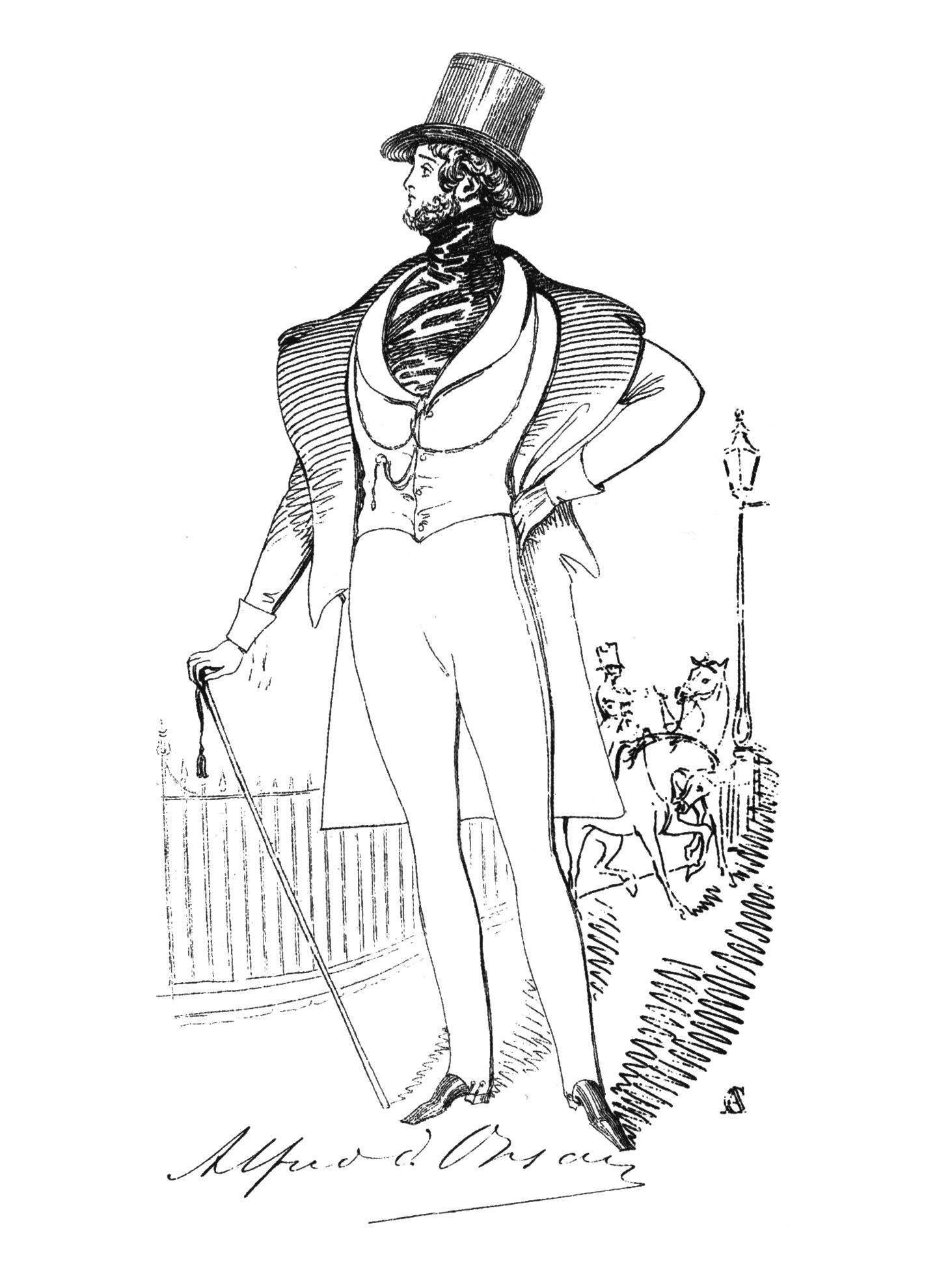 A self-portrait by Alfred d’Orsay. Courtesy of Parfums d'Orsay

“It’s [true] for body fragrances with declarations of love or home fragrances, with romantic proposals,” said Prigent, referring to names of D’Orsay’s 10 body perfumes, such as Vouloir être ailleurs. C.G. (or Wanting to be somewhere else. C.G.) and Quelque chose dans l’air. S.C. (or Something in the air. S.C.). The initials following each moniker nods to secret, unnamed people. The new scent coming out in June is dubbed À coeur perdu. L.B. (or With all my heart. L.B.).

D’Orsay has transportable diffusers, dubbed “Fetishes,” containing beads to be scented with the house’s body perfumes or concentrated home scents.

The brand’s home fragrances, like the scented candles in artisanally crafted glass containers, are devised as “stolen moments,” coming with monikers such as 06:20 Où tu sais (or You know where) and 15:00 Entre tes mains (or In your hands). “Totems” are catalytic fragrance diffusers.

“The magic is that we didn’t invent anything,” said Prigent. “We just had to go back to our archives and see who made this brand.”

Maya Njie and Her Art of Fragrance