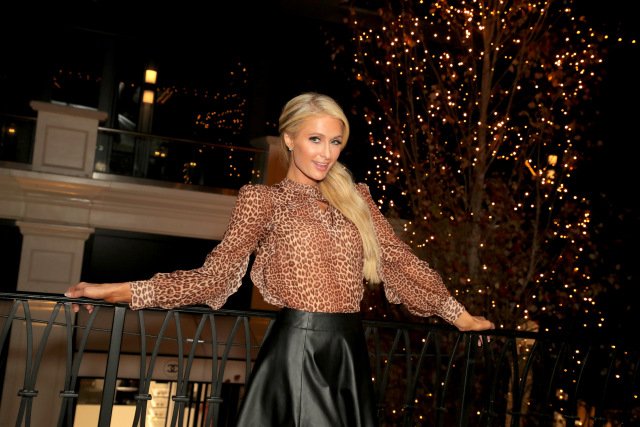 Paris Hilton may just be beauty's next big investor.
Hilton, whose brand includes fragrance, cosmetics and skin care, has made her first outside beauty investment in The Glam App, which provides in-home beauty services.
"It’s going to make a difference in people’s lives, make them feel gorgeous and confident and look hot on all their dates," Hilton told WWD. And while the DJ and entrepreneur is already involved with several businesses — including a fragrance line with Parlux that will release its 25th scent in a few months — Hilton plans to be deeply involved with The Glam App, too.
"I'm a partner at the company, so I'm going to be involved with the board and decisions," Hilton said, noting that naming the app's newest and highest tier of service VVIP was her idea. "I have all my friends who I've worked with for years who are joining the app as VVIP stylists," she said.
"Her official title will be investor and partner in the Glam App," noted Katrina Barton, chief executive officer at The Glam App. In addition to VVIP, Paris has helped create limited-edition hair and makeup looks that will be available in the VVIP tier.
The business was started by hair and makeup artist Joey Maalouf with actress and fashion blogger Cara Santana in 2015 as a means to provide in-home beauty services. The Glam App works with 3,000 stylists in 23 markets, including London.
Hilton, a Glam App user, was a natural fit, according to Maalouf. "Paris just naturally was a client of the app from when we first launched," he said. "She had used us in many cities while she's traveling and we've built this relationship with her, and one thing led to another and it made sense for us to work together."
"I thought it's a really genius idea that at the touch of a button you can have hair, makeup, nails, everything brought to your house and get ready there or wherever you like instead of having to go to a salon and deal with all that," Hilton said. Her peers, she noted, aren't interested in heading out to the beauty salon anymore.
"It's such a job in itself to have to go to the hair salon, then you have to go to the nail salon, and somewhere else to do your makeup — you could take up your whole day driving around to all these places," Hilton noted.
Going forward, Maalouf and Barton will be focusing on building out the company's technology capabilities and team, the two said. "We have plans for further expansion toward the end of the year in new markets," Barton noted. Industry sources estimated the business will do between $1.5 million and $2 million in sales for 2019.
There's also the possibility, according to Hilton, that her own products could start to become available as part of The Glam App's services.
In addition to a large fragrance business, Hilton recently launched into skin care and cosmetics. She's planning to build out the skin-care line to include a gold face mask as well as masks specifically for traveling, she said — but beauty isn't her only area of interest, especially when it comes to being an investor.
"Beauty is something that's a huge priority for me and something I'm passionate about, but I'm also a huge tech geek and obsessed with anything to do with technology and gaming, so that's another thing I want to get more involved in, the virtual reality world and building other types of projects that have to do with tech," Hilton said.
Source: Read Full Article