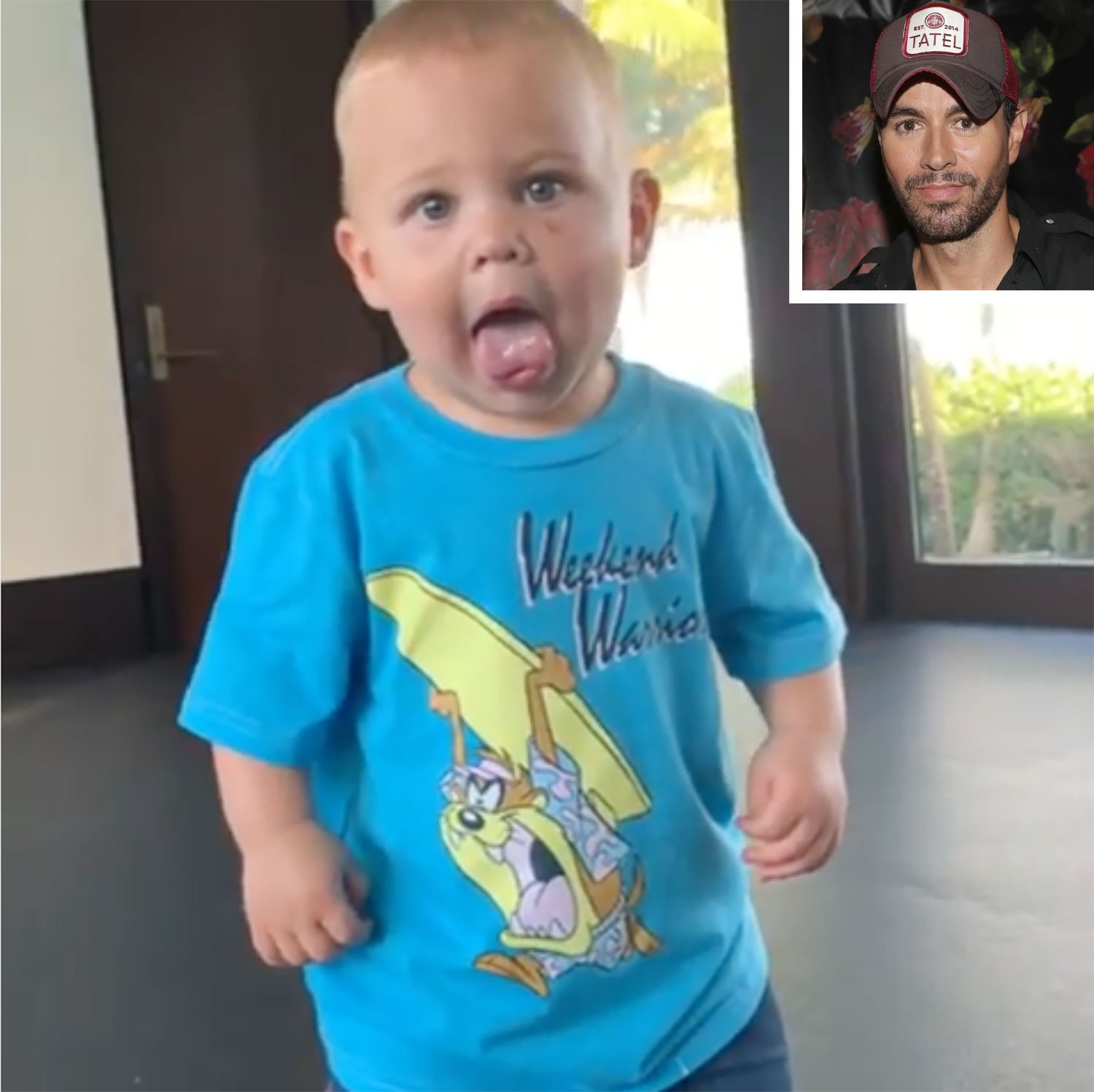 Enrique Iglesias shared an adorable video of his 15-month-old son Nicholas on Instagram Saturday — and, as Nicholas imitated his dad’s noises in the sweet clip, it sounds like he could be on his way to becoming a pop star just like his famous dad.

The proud dad of two, who rarely shares videos or photos of the twins, captioned the Instagram post: “Serious Talk.”

In the adorable video, Nicholas, dressed in a blue T-shirt and shorts, wanders around making gurgling noises. Soon, Iglesias starts to say “Ahhh” in different pitches, which Nicholas then imitates perfectly.

Last week, Iglesias shared another hilarious video of his twins, this time of them pushing him as he rolled along in a small car. “Typical Saturday,” he captioned the post.

In October, Iglesias got candid about he and Kournikova’s post-baby sex life, telling The Sun, “It’s probably more sex now than ever. The sex has not diminished.”

“Like any couple, you still go through your ups and downs and it’s not always perfect,” he added. “But it is perfect in a way.”

Later in October, the singer also implied that he and his wife, 37, have morning sex to keep things fresh.

“Well, that’s exactly what I do for breakfast!” joked the star on the Lorraine show about his sex life with Kournikova.

Despite ongoing buzz that the couple — who first met in 2001 on the set of his “Escape” video — have tied the knot, the singer denied the marriage rumors in the October interview.

“When you’ve been with someone for quite a while the way I have, it’s like being married,” he said. “No, I’m not. I’d like to get married maybe in the future.”