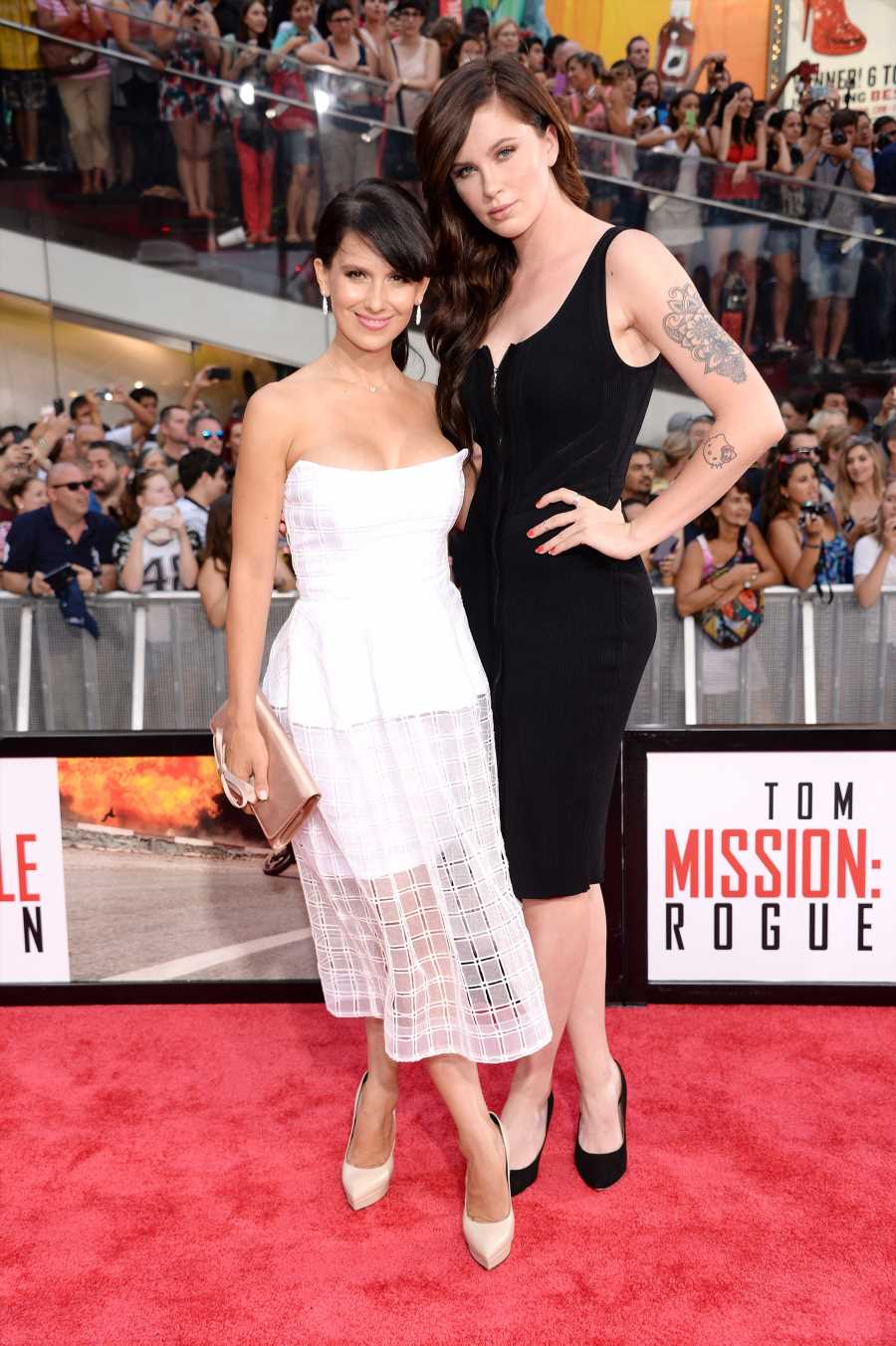 Hilaria Baldwin might not post about her stepdaughter Ireland on social media as much as her four biological children, but that doesn’t mean she loves her any less — in fact, it’s quite the opposite.

In an impassioned Instagram post on Thursday, the fitness instructor addressed critics who have pointed out that she doesn’t bring husband Alec Baldwin‘s adult daughter up in her posts as much as she does her four children with the actor: Carmen Gabriela, 5½, and sons Romeo Alejandro David, 10 months, Leonardo Ángel Charles, 2½, and Rafael Thomas, 3½.

“Sometimes my language about my biological children does not include her. Because I did not birth her and I never want to disrespect the fact that she has a wonderful mother,” Hilaria, 35, wrote of Ireland and her mom Kim Basinger. “But this will never take away from how much I love her, need her in my life, and think that she is one of the best things that has ever happened to me. Please don’t look for trouble where there is none.”

“Love you @irelandbasingerbaldwin … ” she ended the sweet note, which accompanied a snapshot of herself and Ireland posing on a staircase in formal attire.

The 23-year-old model chimed in on the post with a comment to her stepmother, joking, “I prayed for two lesbian moms from the womb but having two moms this way will do. ♥️”

Alec Baldwin Hilariously Objects to His Daughter Ireland’s Sexy Instagram: “No. Just … No”

Earlier in the post, Hilaria admitted she “rarely address(es) being a stepmom” and that it’s important to her to “deal with it with such care.”

“So often you hear horror stories about evil stepparents and I wanted to make sure I did right by the family I was stepping into when I married Alec,” she went on. “I love my stepdaughter as much as I love my biological children and I become a mommy lioness when I see comments that insinuate otherwise.”

“I think my relationship with her has been so successful because I never tried to step in as her mommy,” Hilaria mused. “She has a good mother, who I have tremendous respect for … and I put myself in Kim’s shoes: if my children ever had a stepmother, I’d want her to let me be number one. When I met Ireland, I said to Alec: if she is not ok with our relationship, I cannot go further. Family is first and she needed to be ok with me.”

She also revealed that she has “never had a fight or a bad moment” with either Ireland or Basinger, 65, and that her main priority as Ireland’s stepmother is to “give her space” and never “expect her to be anyone other than herself.”

“As someone who loves her, my job was not to step in and take over … but rather respect what had been for the first 15 years of her life and then become a part of that, in a way that works for everyone,” Hilaria added of her husband’s oldest child, whom she also referred to as “the best big sister anyone could ask for.”

The yoga instructor and Mom Brain co-host’s post comes just over a week after she confirmed she had suffered a miscarriage, following her sad reveal days earlier that she was “most likely experiencing” the loss considering the embryo’s slow heart rate.

“There was no heartbeat today at my scan … so it’s over … ” she captioned a post on April 9, which featured a snapshot with her family. “But I have some pretty strong and amazing heartbeats right here.”

The following day, she and Alec, 61, posed for a selfie from the hospital, which Hilaria captioned “Doing this / Wish me luck” before following up a little over an hour later with a post-procedure photo that read, “It went well. I’m awake. One foot in front of the other. Thank you for your well wishes.”

Hilaria Baldwin Claps Back at Troll Who Called Her “Annoying” for Revealing Potential Miscarriage: “This Evil Exists”

Ahead of confirming her loss, Hilaria opened up about the emotional process on the Today show, telling Savannah Guthrie and Hoda Kotb that she knew something was wrong at an early check-in appointment when her technician got quiet and struggled to find a heartbeat.

“She could find it and she’d listen to it and hear it, [but it was] very spread apart and slow. She said to me that the heartbeat is not very fast,” said the mother of four. “Then I went in again, and in the life of an embryo — days, a week — it’s completely different. And it was the same.”

Hilaria explained to the hosts that she chose to be transparent about her miscarriage because hiding the news would have been harder than being honest.

“Being open for me just allowed me to relieve it a little bit,” she shared. “Secrets are only scary when they’re secrets. Once you let the secret out, it’s not so scary anymore.”