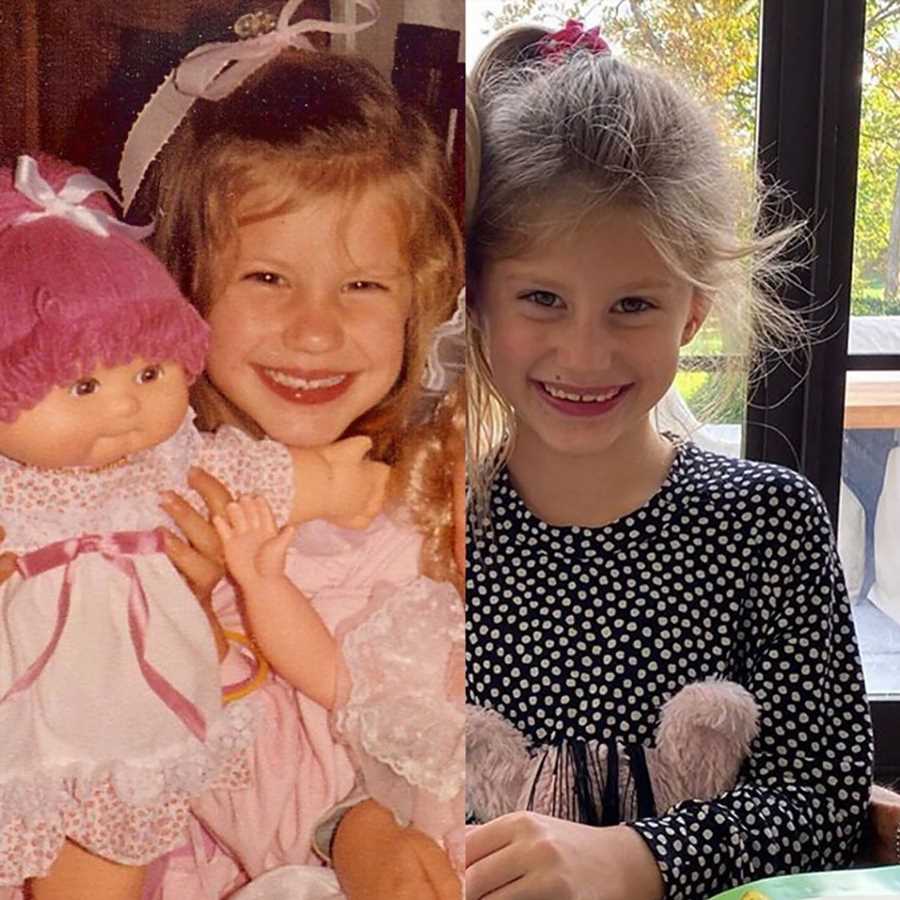 The supermodel and her daughter look nearly identical at 6 years old.

At 10 months old, the makeup mogul’s daughter looked just as cute in a tiny ponytail.

“Miles inherited my love for lying on mustard colored blankets,” Legend joked about his son when he was 7 months old.

It’s no wonder the legendary supermodel’s teenage daughter is following in her footsteps.

Paltrow’s 15-year-old daughter gets deeper into dopplegänger territory every day.

The now-7-year-old cutie definitely takes after his blonde mama.

On Instagram, proud grandma Tina Knowles highlighted then-5-year-old Blue Ivy’s undeniable resemblance to her superstar mama. You know, just in case we had all forgotten that the little one completely slayed the genetic lottery.

At 11 weeks old, baby Dream was definitely taking after her dad in the smile department, and that head of dark hair screams “Kardashian.”

The soccer star’s influence is apparent in all three of his sons, including Brooklyn, 20, and Romeo, 17, but his throwback photo proves youngest Beckham boy Cruz, 14, might grow up to be a total look-alike.

The 4-year-old tyke is the spitting image of her blonde. blue-eyed mother— mixed with a little bit of dad Ryan Reynolds, of course.

Alba and her 11-year-old daughter with Cash Warren are look-alikes with their caramel hair, brown eyes and infectious grins.

Cruise, 13, definitely takes after both her mom and dad Tom Cruise.

Junior, 15, gets his name and his looks from his NBA star dad.

At 4 years old, Johnson was already working the cameras like a pro.

The now-20-year-old daughter of Witherspoon and Ryan Phillippe could have twinned with the once-brunette actress’s 15-year-old self.

Those adorable cheeks are basically a family heirloom.

Kardashian West and her brown-eyed girl, now 6, have always had a mother-daughter resemblance.

Despite the resemblance, Wilde joked that her now-5-year-old son with Jason Sudeikis was “better behaved than I’ve ever been at the dentist.”

Now 9, Milian’s daughter with The Dream is a certified mini-me.