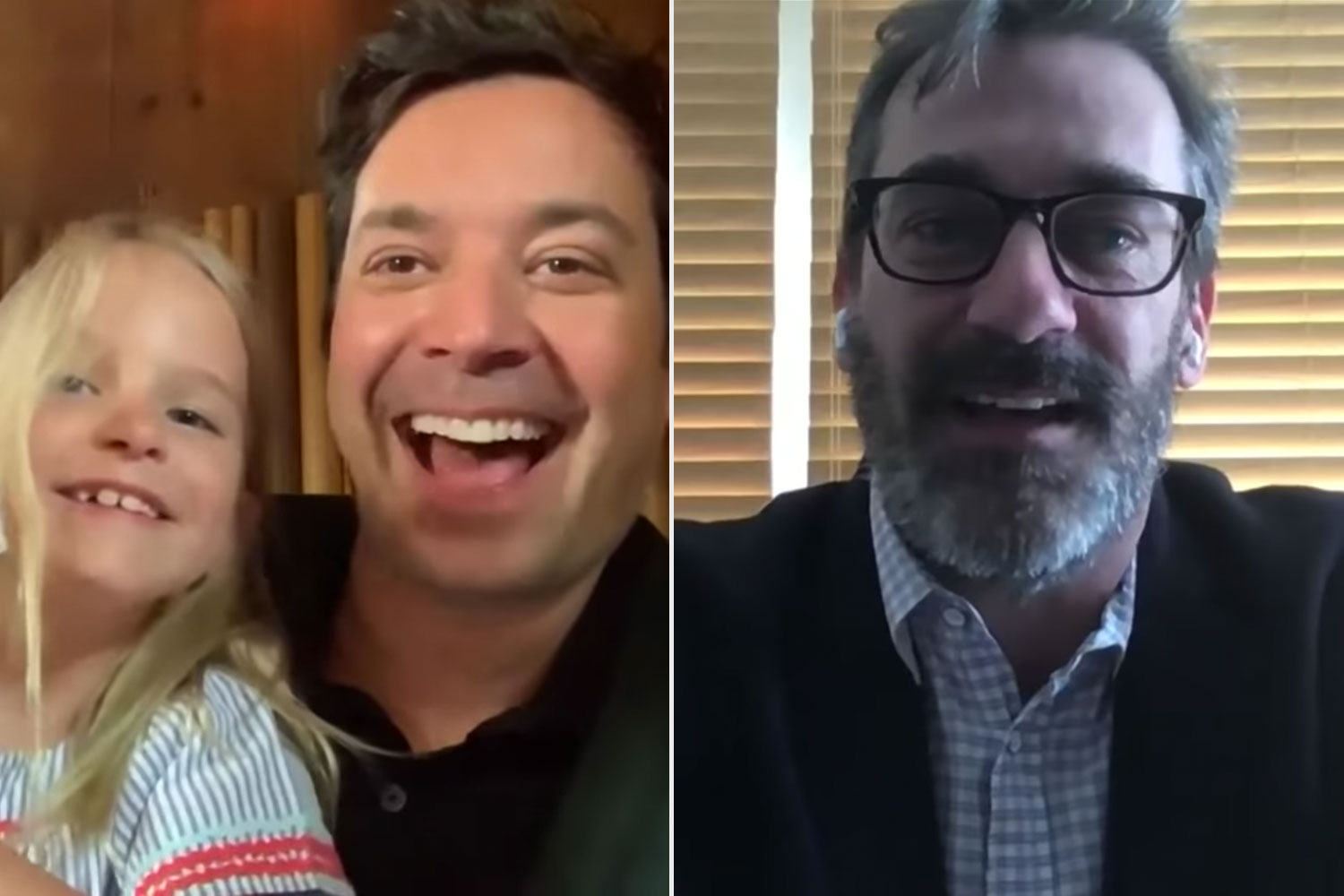 Jimmy Fallon‘s daughter had a lot to say about her coloring book — and it couldn’t wait until her dad was finished with work!

During an interview with Jon Hamm on Friday’s episode of the at-home edition of The Tonight Show, the host’s 6-year-old daughter Winnie popped by to say hello.

“Hey daddy,” she says, as her father smiles as he welcomes their surprise “special guest star.”

“Tell Jon what you’re reading,” he says to her daughter, who replies matter-of-factly, “This is not a book… it’s a coloring book.”

Playing along, Hamm, 49, points out that you “can kind of read that,” before jokingly misidentifying a pig Winnie had colored in as a “really pretty cow.”

“It’s a pig,” Winnie adorably corrected, as the actor replied, “Right, that’s what I meant to say.”

Never miss a story — sign up for PEOPLE's free daily newsletter to stay up-to-date on the best of what PEOPLE has to offer, from juicy celebrity news to compelling human interest stories Although Hamm continued to playfully struggle with correctly identifying the animals, things turned around when he asked Winnie to show him some chickens. “If I’ve ever seen a chicken, that’s a chicken,” he said, much to Winnie's obvious delight.

However, after, Winnie jumped off her father’s lap, Hamm called out, “I’ll see you later, chicken” — which didn’t fly with the youngster.

“I’m not a chicken,” she yelled back, as Fallon, 45, quipped, “It took homeschooling just for her to figure that out.”

Of course, this isn’t the first time one of Fallon’s adorable daughters has interrupted his broadcast.

Both Winnie and her 5-year-old sister Franny have been regulars on their dad’s show since he started working from home while practicing social distancing amid the global coronavirus crisis.

Last month, Winnie even adorably came up to her father during the monologue portion of the show just to tell him a secret — and in another episode, Winnie interrupted an interview with Russell Wilson and Ciara to share some very important news: she had lost a tooth.

Speaking of his home studio situation, Fallon previously told PEOPLE that his working conditions could be described as “chaos, controlled chaos.”

“I’ve realized that I don’t have a quiet room in my house. Maybe I’ll have to do one episode from inside my bathroom and keep the door locked!” said Fallon, who began filming mini-episodes from home since March, with some help from his film-producer wife, Nancy Juvonen.

“My wife said, ‘We’re all quarantined in the house together. This is the time — you have to put something out there,’ ” he told PEOPLE. ” ‘Let’s do a show from here. I’ll be the camera operator. Winnie will do the graphics and Franny will do the music. So many charitable causes need money, so it’s a good way to get the word out.’ ”

As information about the coronavirus pandemic rapidly changes, PEOPLE is committed to providing the most recent data in our coverage. Some of the information in this story may have changed after publication. For the latest on COVID-19, readers are encouraged to use online resources from CDC, WHO, and local public health departments. PEOPLE has partnered with GoFundMe to raise money for the COVID-19 Relief Fund, a GoFundMe.org fundraiser to support everything from frontline responders to families in need, as well as organizations helping communities. For more information or to donate, click here.

Coronavirus cases in the...