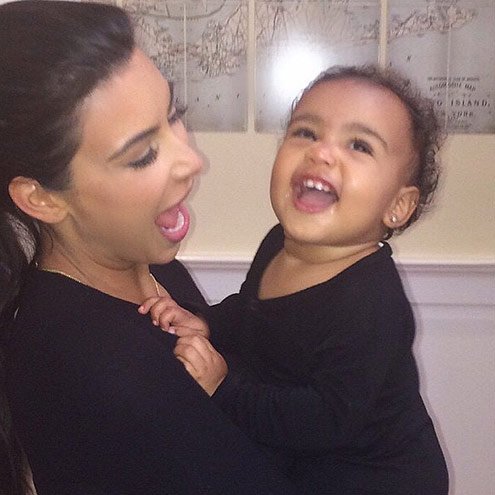 “I always wanted about six. After having her, I would have a million.”
– Kardashian West, on expanding her family after welcoming daughter North in June 2013

“Right now, I just want to take some time to really focus on my album, focus on this next collection, and focus on North’s birthday. Just focus on my family and then be able to recharge, energize, and then bring something of value.”
– Kanye West, on hoping to spend more time with wife Kim and daughter North, in June 2015

“It was a long road. I would go to the doctor in Beverly Hills every day at five in the morning to get tested to see if I was ovulating.”
– Kim Kardashian West, on how much work it took to conceive baby No. 2 in August 2015

“Really, it is all SO worth it when you have your precious baby in the end.”
– Kardashian West, on the ultimate reward that comes with pregnancy struggles, in an October 2015 blog post

“Sometimes, you just have to let North wear her Minnie Mouse outfit to bed.”
– Kardashian West, on letting her daughter have a say when it comes to bedtime

“One of the things was just to be protective, that I would do anything to protect my child or my child’s mother. As simple as that.”
– West, on his priorities as a parent.

“His face lights up when he’s with our daughter, and he’s the most amazing dad ever. It’s really cute.”
– Kardashian West, further confirming West is capable of smiling on the outside as well

“I think I’m a better human being because of her and because of my daughter.”
– West, giving us feels about the ways his wife and kids have changed him

“This little girl changed my world in more ways than I ever could have imagined. Being a mom is the most rewarding feeling in the world!”
– Kardashian West, sharing a double-tap-worthy Instagram snap of her and North on Mother’s Day 2014