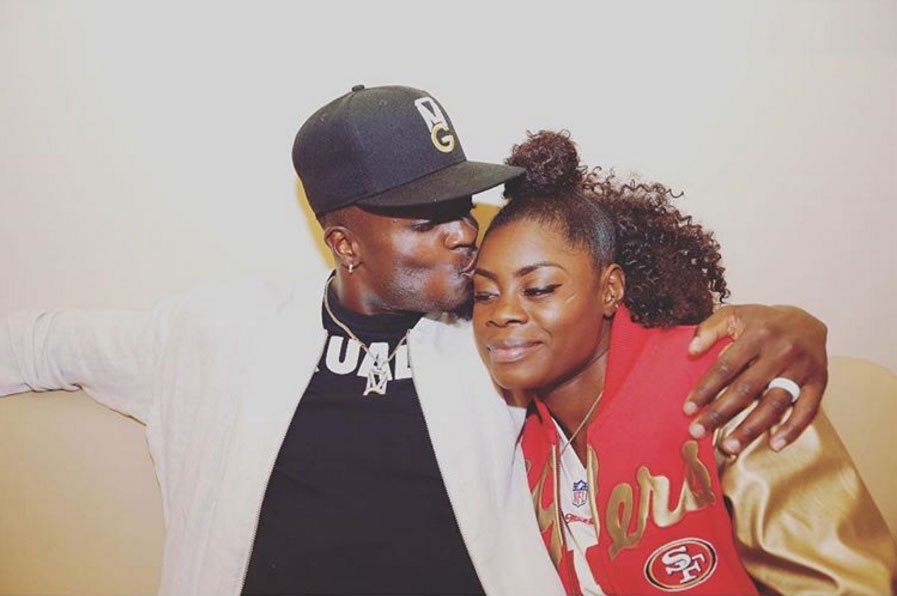 Marquise Goodwin and his wife Morgan Goodwin have experienced losing three babies, but the couple are still determined to become parents.

In a candid chat with PEOPLE, the professional hurdler shared that she and her husband, a wide receiver for the San Francisco 49ers, are “definitely going to try again.”

“I am not giving up on creating my family. This is my purpose,” says Morgan, 25. “I feel as though one of my life’s purposes is to build a family of Goodwin kids running around. I’m not going out without a fight.”

Morgan and Marquise, 28, lost their twin boys last November at 19 weeks, four days gestation. Nearly a year earlier, they lost their premature son at 19 weeks along. The couple also experienced a pregnancy loss after Morgan miscarried following “a slip-up” in college.

Opening up about the loss of their twins, Morgan tells PEOPLE the boys were born after her water broke prematurely, leading the doctors to perform a procedure to remove her previously implanted transabdominal cerclage so they could deliver the babies, who ultimately did not survive.

“Unfortunately, baby A was not breathing when he came out,” the athlete shares. “But he also came out arms first because he was already in my [birth] canal.”

“So then baby B came out. He was breathing still,” she recalls. “He was probably breathing for about 30 minutes before he passed away.”

Morgan and Marquise revealed their loss in January, explaining in a video posted to their YouTube channel that Morgan had experienced painful contractions and lost the twins due to complications.

Never take pregnancy for granted; there are so many of us praying to bring new life into this world. #PregnancyLossAwareness #IncompetentCervix #tbt #GoodwinSZN

Never take pregnancy for granted; there are so many of us praying to bring new life into this world. #PregnancyLossAwareness #IncompetentCervix #tbt #GoodwinSZN

Speaking of their difficult journey, Morgan reveals that every hardship the couple has experienced has “just brought us closer together.”

“I hear a lot of stories about women having pregnancy loss and then it ends up putting a gap in their relationship … the husband is resentful [because he thinks] you can’t even have our baby or something like that, but it never got to that point. He was always supportive,” she shares.

“In my own head, I would make up scenarios, thinking, ‘Babe, are you mad at me because this happened?’ ” Morgan recalls. “And he was like, ‘No, baby, don’t you ever think that I’m ever mad at you that this happened. You can’t control it.’ We are very spiritual. We keep God first, so we resort to prayer.”

The only thing they can take from us is notes.? The bond we have is way too strong. ? #GOODWINSZN

The only thing they can take from us is notes.? The bond we have is way too strong. ? #GOODWINSZN

I swear, whenever our lips touch I feel like I can taste eternal bliss. | #blacklove, tag up!! #LOVE #GOODWINSZN

Morgan revealed to PEOPLE that she and her husband decided to share their story to potentially “help someone else” traveling along a similar difficult path.