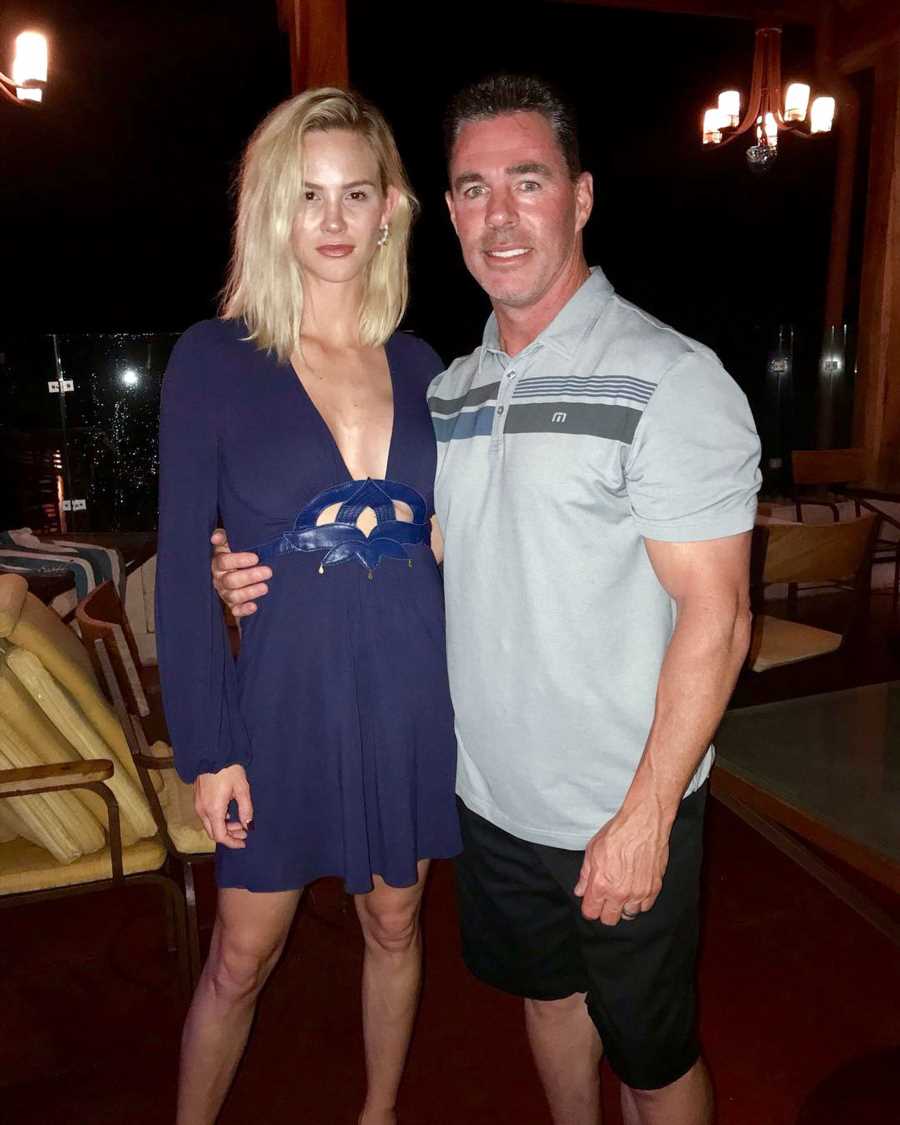 A week after Meghan King Edmonds’ husband Jim was accused of having an affair with a mistress, she shared a sweet photo of her husband holding their son while she documented a recent trip to the hospital, where their 1-year-old son Hart got an MRI.

Sharing all of the highs and lows of the experience in a series of posts to her Instagram Story on Saturday, the former Real Housewives of Orange County star, 34, posted pictures of both herself and her husband with their son.

“Mommy and daddy’s best part is the results,” she wrote, adding a heart-eyed emoji, alongside a photo of Jim, 48, kissing their baby boy’s forehead while cradling him in his arms.

“Thank you to everyone who sent this perfect child all your prayers. We love each of you,” the mother of three added alongside a separate post, without giving further information about her son’s health.

In the same blog post where the Bravo star first opened up about her husband’s alleged infidelity, she wrote that the pair were “worried” that Hart, whom they welcomed in June 2018 alongside twin brother Hayes, “might have a neurological disorder.”

“It’s been the most trying last couple months of my entire life and we still don’t have answers. Sometimes I leave the house after the kids go to bed so I can drive around and ugly cry in the dark with no one around,” she wrote. “Now I have this to deal with: my one true love betraying me in the most disgusting and public way possible.”

The trip to the hospital appeared to have taken place on Friday, as she was seen wearing the same outfit she wore during an earlier post where she joked about being pregnant.

“I have some news to share,” the star, who appeared to be sporting a large “bump,” said in a lighthearted video.

“I’m pregnant … with this!” she then exclaimed, pulling a stuffed animal out from under her shirt.

Alongside the video, the reality star clarified that the prank was her 2-year-old daughter Aspen’s idea and also seemingly addressed rumors that she had stopped wearing her wedding ring, writing, “Btw, my RIGHT hand is holding my phone. It’s a mirror image.”

In her blog post last week, which was titled “I’m Sad,” Meghan revealed that she found about the allegations against her husband when news of the scandal first broke, and that her husband had claimed that no physical relationship was had with his alleged mistress, although he did exchange “lewd photos” with her for several months.

The day prior to her statement, Jim also denied the allegations that he had a physical relationship with the alleged mistress, but admitted that he “engaged in an inappropriate conversation with this person.”

“Do I believe him? I don’t know,” Meghan wrote in her blog post. “Because I don’t trust him anymore. Physical or not, he still had an affair and he admits this to me.”

The RHOC alum added that while she feels “abandoned” and “lonely,” she hopes that her marriage can survive Jim’s alleged cheating scandal.

“I do not fault any other person except my husband,” she wrote. “There are so many people out there with bad intentions and it’s our responsibility to ignore and rise above. One slimy person doesn’t make another person cheat. And there are a million more slimy people to take ‘slimy person #1’s’ place.”