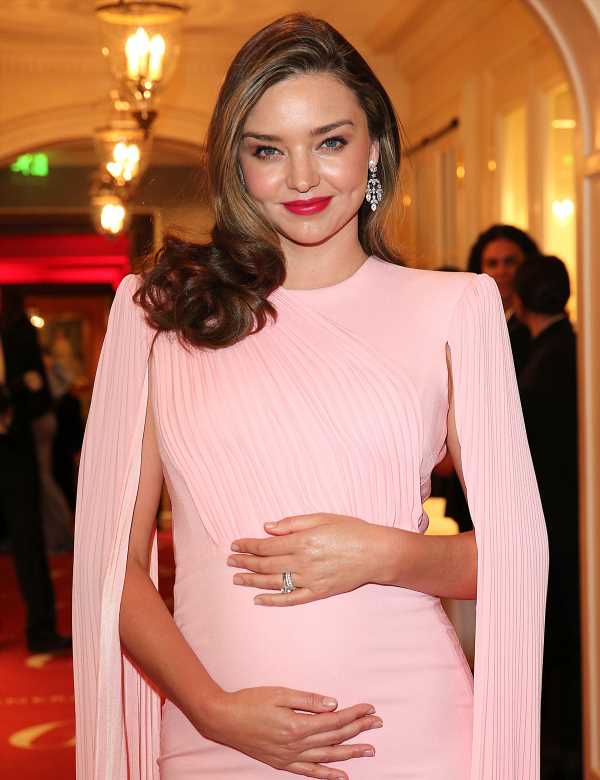 Miranda Kerr is recognizing the skin issues that her one-year-old son Hart is already facing.

The Australian model, 36, revealed in a candid interview with W Magazine that Hart has developed the same dry skin that Kerr’s husband, Snapchat CEO and founder Evan Spiegel, deals with.

“Well, he naturally has very dry skin—it’s part of his genetics,” Kerr explained. “It’s interesting because I have an eight-year-old son who has a different dad Orlando Bloom, and I’ve always used the products on him, and his skin’s always been great.”

“But now with my second son, with Evan, he has naturally his dad’s skin,” she continued.

Kerr and Bloom, 42, were married for three years until divorcing in 2013. The couple remain on good terms and share a son, Flynn, 8.

Ten months later, the couple revealed to PEOPLE that they were expecting a second child together.

Despite both her husband and youngest son’s dry skin, Kerr did note their conditions were easy to treat thanks to her new skincare line, Kora Organics, which she launched last month.

“If I’m not consistent with applying the Kora body lotion and balm, or the body oil, daily, he’ll get a little dry patch,” Kerr said of Hart’s skin. “But if I am, he’ll have none whatsoever. It’s incredible to see those results on such a little baby—the products really do work.’

During an interview for her New Beauty cover in May, the former Victoria’s Secret model revealed that her first impression upon meeting Spiegel was dictated, unsurprisingly, by his sin.

Luckily for Spiegel, the woman he now calls his wife was happy to help; She graciously shared all of her skincare secrets with her future husband.

In the year since having his first son, the Snapchat CEO has opened up about the life-changing positives of fatherhood, telling E! News several months after Hart’s birth, “It’s impossible to describe.”

“It’s a life-transforming event,” Spiegel told the outlet during the 2018 Cannes Lion Festival.

Late last month, Kerr celebrated the launch of her Kora Organics line with family and friends beside her — including her ex-husband’s new fiancé, Katy Perry.

In a photo shared to Instagram, Kerr rocked a hot pink mini dress and cradled her baby bump as she posed alongside Perry, 34, and their friend Angela near a decorative, floral wall at the skincare launch.

“Thanks for shining bright with me @katyperry & Angela 💛🧡💖 @koraorganics #NoniBright,” Kerr captioned the photo.

Perry, 34, and Bloom were confirmed to be dating in January 2016, and got engaged this past February. And as their relationship progressed throughout the years, Kerr remained supportive of her ex’s newfound love.

“We’re a modern family,” the model explained to PEOPLE at the Harper’s Bazaar Celebrates 150 Most Fashionable Women event in in 2017 of blending lives with Bloom and Perry.

Kerr also shared that her son and Perry were “great” and “get along really well.”