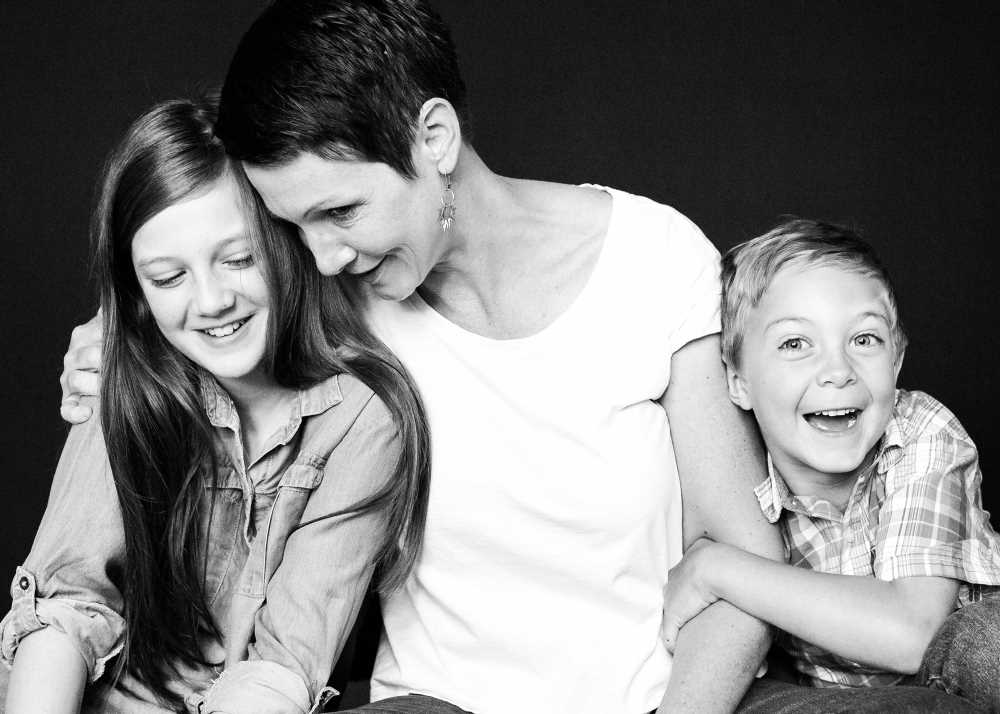 In the fall of 2018, poet Maggie Smith's almost 19-year marriage ended. So, as the leaves gave their last burst of color before winter, she took to social media to lift herself up. What Smith didn't anticipate was the thousands of people she would inspire — including Lin-Manuel Miranda and Katie Couric.

The response to her daily affirmations moved her to write her seventh book, Keep Moving: Notes on Loss, Creativity, and Change, which published last week. In it, Smith shares new metaphors about finding beauty after loss. She also penned personal essays in which she opens up about intimate life challenges, like the end of her relationship and the miscarriages she suffered between the difficult births of her two children, daughter Violet, 11, and son, Rhett, 7.

"When my marriage ended, it was like this thing burnt to the ground and I was just staring at this big space, and that space was my life," Smith, 43, tells PEOPLE. "It was suddenly up to me to figure out what it was going to look like."

Smith — the author of Good Bones, which features the viral eponymous poem that was dubbed the "Official Poem of 2016" by the BBC/Public Radio International — began posting "one little positive note to self at a time" on Twitter. "I was holding myself accountable for that intention for the day," she says. "But being vulnerable in front of thousands of people meant that people were responding to me. At a time when I felt really alone, I suddenly had a community of people who would respond with things like, 'Oh my gosh, I needed this today.' Or, 'This is what I needed to hear to get through the next three hours.' "

Soon, Miranda, the creator of the Broadway hit Hamilton, and Couric, the beloved television journalist, were liking and retweeting her posts.

After encouragement from her followers, Smith began writing Keep Moving, which includes new motivational metaphors and a candid look at her personal hardships. ("What you deserve is not pain but peace — peace in whatever form it takes," she writes. "If your peace is small and broken, carry it close to you, whisper to it now and then, nurture it until it grows and can take a turn carrying you.")

"Writing the essays was difficult," says Smith. While a first-person poem isn't tied to the author's own experience, as a rule personal essays pull from the author's life. "I realized I didn't have the shelter that I'd had in poems," she explains.

In the book, Smith explains that when her relationship ended she could hardly get out of bed or eat — but she did write. Life as she knew it had been blown apart, but she was determined to find something new among the rubble.

"I think people are often curious about what marriages are like before divorce, in part because we want to know what not to do in our own marriages. What can I avoid? What happened that I can avoid?" Smith says. "And all I can say is, I don't think that there's anything from my marriage story that would help anyone avoid anything. It really is such a common story in that people are together and aligned, and then they're not." She explains that her divorce isn't "exceptional" — loss comes in all forms, at all times.

"There's nothing exceptional about any kind of loss. People lose their jobs, people die, people get divorced. These are all things that happen," Smith explains. "What I've really tried to focus on is not looking for meaning in the coming undone. But really trying to find meaning and make meaning in how we put things back together and rebuild."

This is the guiding principle in her book. Since her divorce, she says she's found "hidden gifts." Always one to enjoy solitude, she now has more of it when her kids are with their father.

"I would have a few days a week, every week, to myself," Smith says. "And that meant I could schedule my work commitments on those days, so that when the kids are here with me, I can be more focused in on them."

The award-winning poet has also "reinvigorated" friendships and relationships with her family.

Beyond helping readers find ways to fill the space that's left after loss, Smith also wants to lessen their feelings of isolation. This goal is why she shares details about the challenges she faced after giving birth to her daughter and son — and the two pregnancy losses she experienced in 2011, just a year before Rhett was conceived. After those devastating losses, she was haunted during her pregnancy with Rhett. "For nine months, I expected blood," she writes. After her miscarriages, Smith felt "broken" and embarrassed, she explains. But she doesn't want women to feel any of those things.

"I tweeted a little bit about Chrissy Teigen and John Legend's story, because I saw the backlash that they received for sharing this really raw, painful, vulnerable, worst case scenario. It's a parent's worst nightmare," Smith says of the stars' decision to share about their pregnancy loss. "I really think when we share our darkest struggles with others, we're giving them a gift. Or offering them something that maybe will make them feel less alone."

The poet didn't talk about her own loss at the time, instead she "secreted that away," she says. When Smith wrote about her pregnancy losses in her book, she says it was "uncomfortable" but also "freeing."

"When I talk about grieving the kids that I didn't have, part of that grief was also the grieving a future that I'd imagined that wasn't going to happen," she explains. "So much of pregnancy is projecting your image of what your life will be with that child. It's thinking about their first birthday party. It's thinking about them graduating from high school or getting married, or learning to ride a bike."

She continues: "When you lose a pregnancy, that whole future that you imagined, that film just stops playing. And there isn't a word for that. It's really hard to explain [that loss] to other people."

In Keep Moving, Smith also writes about the guilt and postpartum depression she lived with when her children were newborns.

"I had two colicky kids who screamed a lot and slept very little. I love them dearly, but it was really hard, and honestly not very enjoyable," she explains. "And then, because of what we've been conditioned to expect, we think, 'Oh my gosh, this is really hard. I must be doing it wrong.' Or 'This child won't stop screaming. Why can't I comfort her?' She needs a different kind of mother, because I should have the instincts to make this better."

By opening up about her hard times as a new mom, Smith wants to help break down society's false expectations about motherhood.

Keep Moving is filled with hard won lessons. But that doesn't mean Smith doesn't have to work at self-care. She often takes long walks and listens to music, small actions that are even more important during a global pandemic.

"We deserve the compassion we extend to others," the poet says. "Part of what I try to do every day, both with the posts and then just getting up in the morning, is being a little gentler with myself. [I want to] extend the grace to myself that I would extend to a friend or, frankly, even a stranger. We're so much easier on others than we are on ourselves."