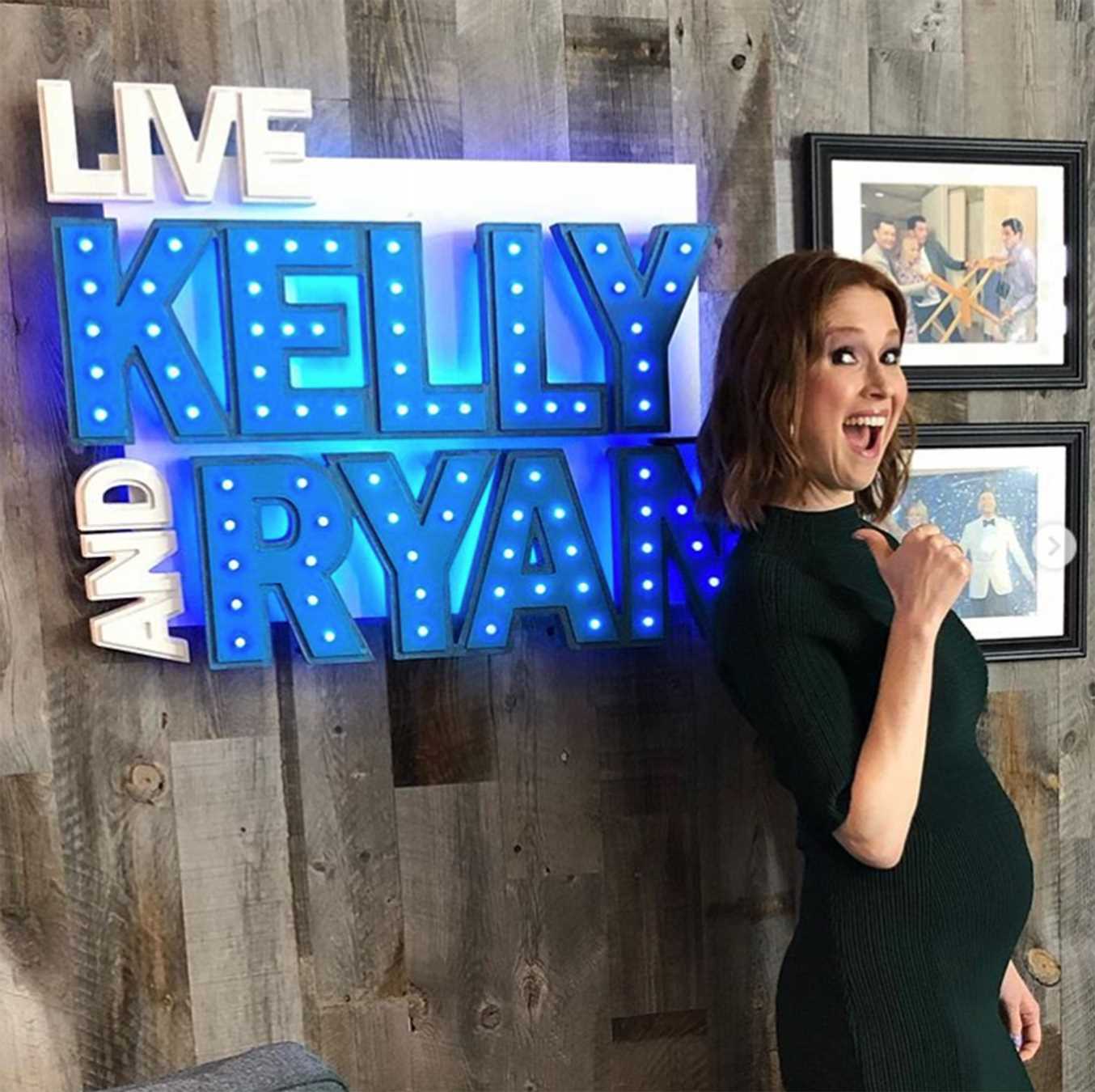 Ellie Kemper is “in basically the third trimester” of her pregnancy with her second child now, but the road there wasn’t the most comfortable.

During an appearance on Live with Kelly and Ryan to promote her new film The Secret Life of Pets 2, the actress said her first trimester this time around was much different than with her son James Miller, who turns 3 next month.

“The first trimester was awful,” admits Kemper, 39. “I have a 2-year-old now and when I was pregnant with him, I was fine. First trimester [this time], just terrible! Just tired and nauseous and all of it.”

When Kelly Ripa asks the Unbreakable Kimmy Schmidt star if she knows whether she’s having a boy or a girl, she says she and husband Michael Koman are “gonna wait to find out” — but Ripa, 48, predicts a baby girl.

He’s a Miracle! Ellie Kemper Shares First Photo of Son James: “He Is the Cutest Baby on the Planet”

Koman, 42, “really wants to find out” the baby’s sex “just so we don’t have to pick out names for both” a boy and a girl, Kemper tells Ryan Seacrest.

But regardless of whether he’s getting a baby brother or sister, James already has the little one on the way’s moniker picked out, according to his mom.

“James said, ‘What is the baby going to be named?’ and I said, ‘I don’t know, what do you think it should be named?’ And he said, without hesitation, ‘Marshall,’ ” Kemper recounts to the hosts. “We don’t know anyone named Marshall, I don’t know how he came up with Marshall.”

She has her suspicions, though. “He does not watch the show PAW Patrol, but he has friends who watch it and so I think Marshall is a character on PAW Patrol,” Kemper adds, joking of her son, “He’s not as creative as I thought. He just heard someone say Marshall.”

PEOPLE confirmed the actress was expecting on Monday, after Kemper’s stylist Jessica Paster posted snapshots of the star that ignited buzz about her baby news.

Sharing a trio of photos from Kemper’s red snakeskin look at the SAG-AFTRA Foundation Conversations with Unbreakable Kimmy Schmidt event on Wednesday, Paster referred to the actress as a “beautiful mommy to be.”

Replying to the post, The Office alum went on to praise her stylist, writing, “You ace it every time, Jess!!! ❤️.”