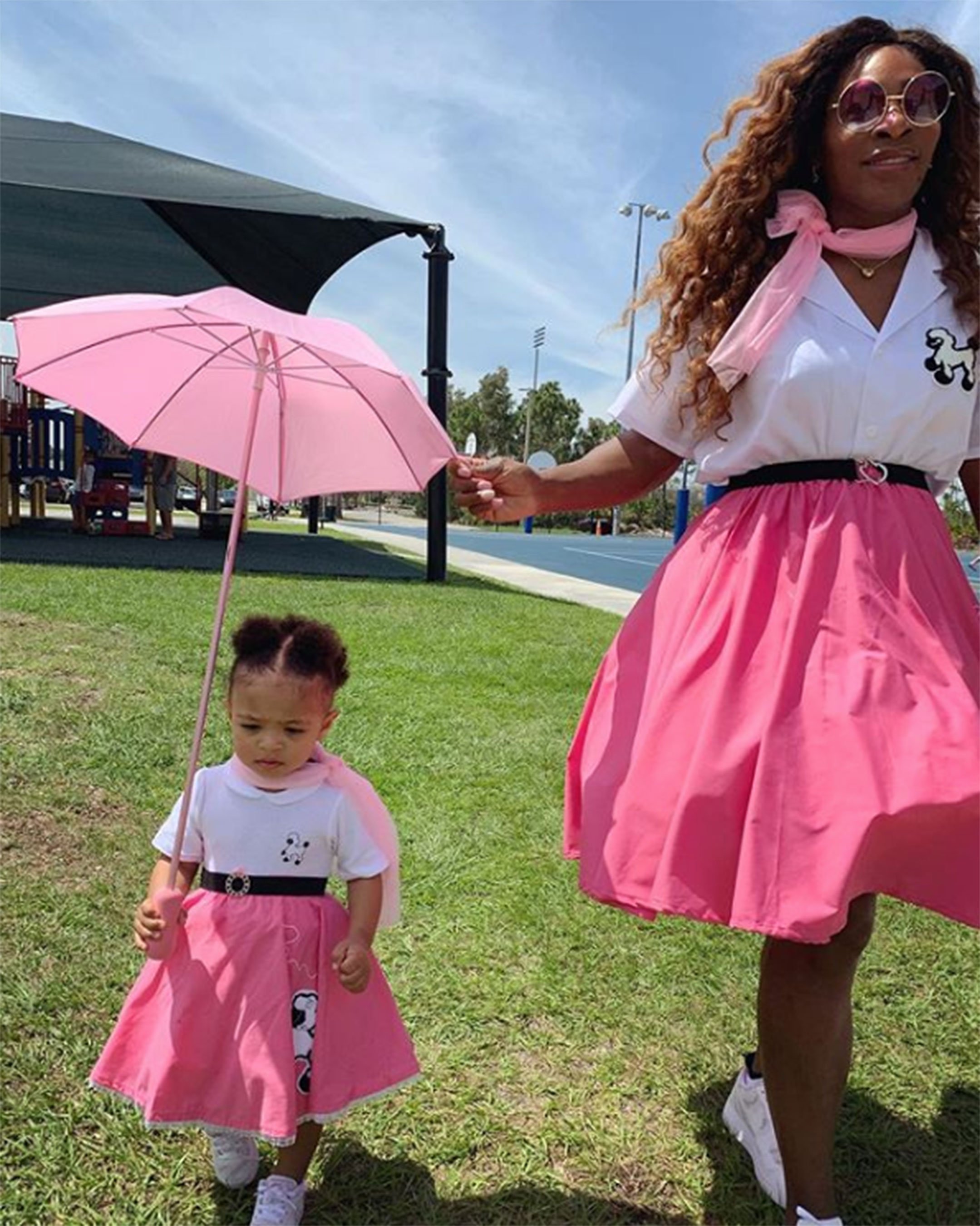 Serena Williams shared an adorable snap of her twinning with daughter Alexis Olympia in a pair of sock hop-style poodle skirts.

In the snap, 19-month-old Olympia stands next to her mom while holding a tall pink umbrella.

The adorable photo was met with love from Williams’ famous friends, including Tina Lawson, who commented, “Soooo cute❤️❤️,” and Eva Marcille, who wrote, “You two are perfect.”

The adorable get-ups match the theme of Williams’ “Shake, Rattle and Roll” baby shower, which she celebrated with friends and family in August 2017.

The fête was full-on ‘50s, complete with an old-school diner, a jukebox and throwback hairdos on guests like Ciara, Kelly Rowland, Eva Longoria and La La Anthony.

The tennis superstar revealed to PEOPLE earlier this month that she hasn’t spent a single day away from her daughter since Olympia was born in September 2017.

“I’m a super hands-on mom,” Williams said. “Despite my best efforts to be like, ‘Oh, I’ll take her with me’ … It’s been really trying. This is a whole new territory for me.”

Williams also previously explained that she’s already helping Olympia put her best fashion foot forward by making sure she saves all of her own shoes for her daughter to wear in the future.

“We don’t make shoes yet in the collection but my whole shoe closet is for her and that’s why I buy so many,” Williams told PEOPLE in December of her clothing line The Serena Collection.

She added she was also “definitely” saving a pink sweater that reads, “I Am Beautiful I Am Strong,” for when Olympia gets older.

The athlete added 36 items from Olympia’s closet to her Poshmark account for purchase in March, the proceeds from which were donated to her Yetunde Price Resource Center, which offers “trauma-informed programs that promote individual and community-wide healing and resiliency.” Price was Serena’s half-sister; she was murdered in Los Angeles in 2003.

Items in Williams’ auction included everything from a pint-sized tracksuit, to dresses, Gucci sneakers and even a T-shirt featuring Williams in the middle of a tennis match.