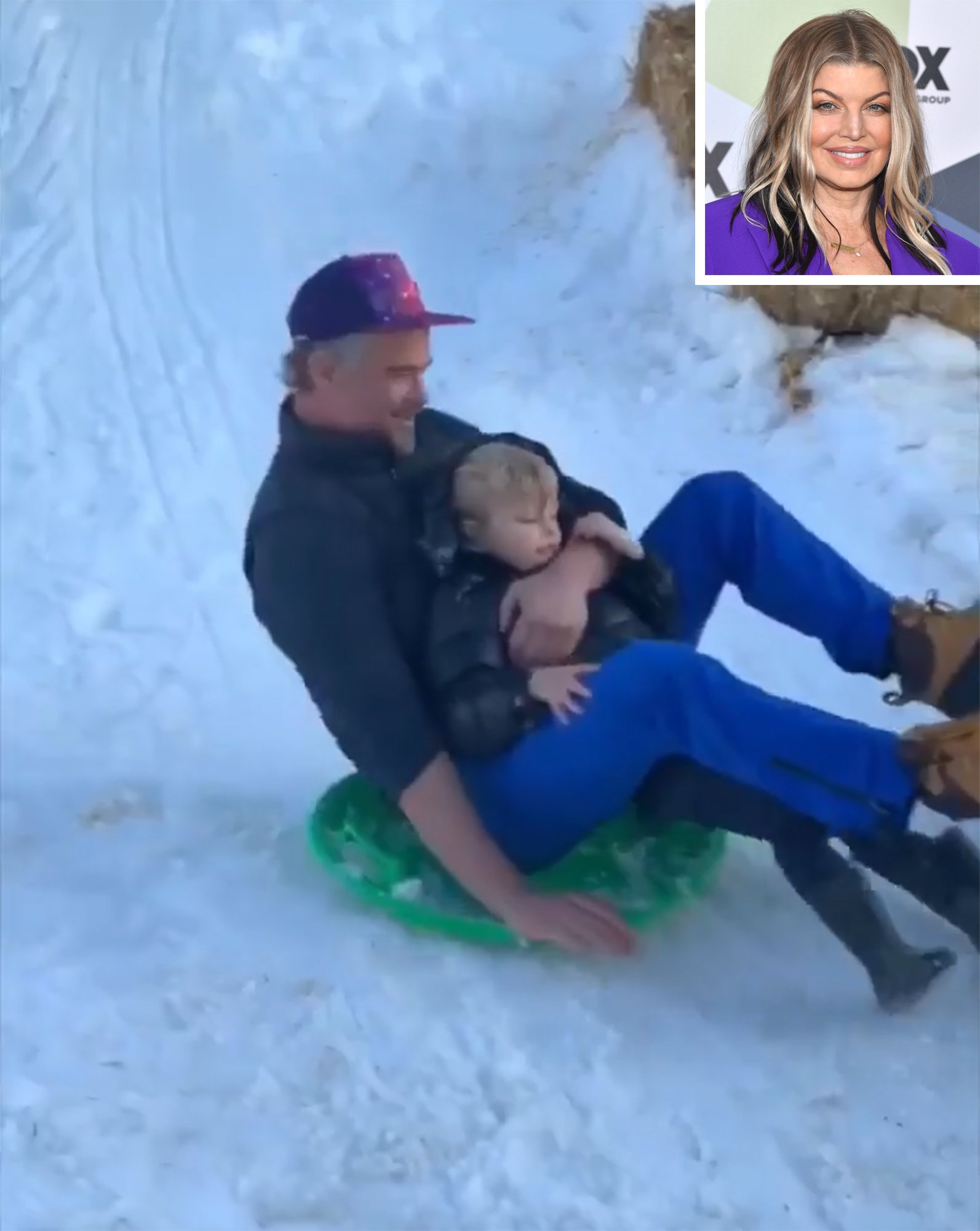 Fergie and Josh Duhamel just took the snow in Los Angeles to the next level.

The friendly exes reunited over the weekend to join their 5-year-old son Axl Jack in enjoying the extra-long winter, playing together in a man-made “winter wonderland” alongside other families.

Axl and his singer mom, 43, sledded down the makeshift snowy hill, indulged in a mini snowball fight and grabbed a cup of hot chocolate together in a series of videos Fergie shared to her Instagram Story on Sunday, set to the appropriate background tune, “Let It Snow.”

In one clip, she cheered from the sidelines as Duhamel, 46, and Axl rode down together. The father-son duo took the trip multiple times, hilariously (and gently) wiping out in one cute video.

Fergie and Duhamel even had a go together, sledding down the hill during a tandem ride, with Fergie in front, and throwing up their arms in excitement.

Upon their arrival at the bottom, the pair smiled and high-fived each other.

Despite their split, the Transformers actor raved about Fergie and how their relationship has evolved now that they’re no longer a couple, during a December interview with Dax Shepard on his Armchair Expert podcast.

“Fergie and I had a great relationship. I love that girl and I always will. Unfortunately, we didn’t work. But I will always have her back and she is the mother of my baby,” he said.

Duhamel often posts pictures of the former couple’s son on social media and fawns over being a dad in interviews. Shortly before announcing their separation, the actor opened up to Ellen DeGeneres about his life as a father and his parenting style after having Axl at 40.

“I have no idea what I’m doing half the time,” he said. “[Fergie’s] definitely more evolved than I am, and more patient. … Having a kid when I was 40 years old is much different than having one at 22, so I’m a little bit more mature than I was then.”