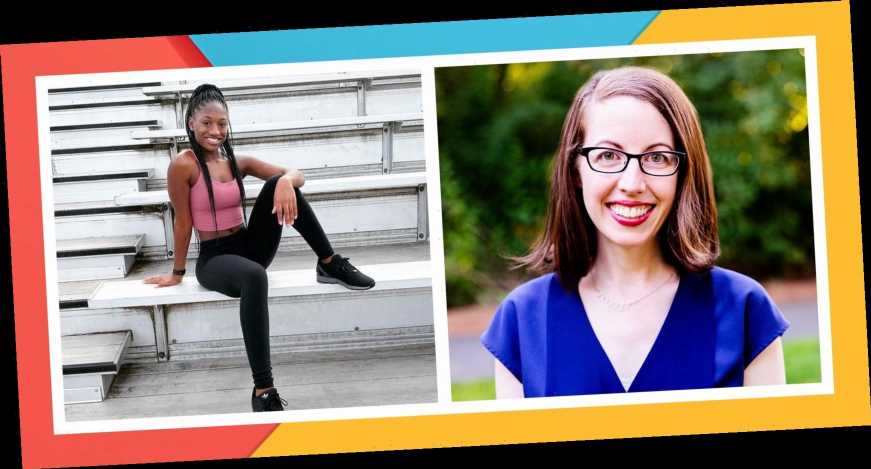 Your immune system is supposed to protect your body, but if you have rheumatoid arthritis (RA), it mistakenly attacks healthy joints, tissues, and organs—including the eyes and lungs. As a result, the chronic autoimmune disorder causes pain, swelling, stiffness, and loss of function in the joints. It can also cause other symptoms including fatigue, appetite loss, and dry eyes.

RAaffects 1.5 million Americans, and there is no cure. But it can be managed with medications and lifestyle modifications. Here, three women talk about how they were diagnosed, how they cope, and what they’ve learned from livingwith RA.

“My rheumatologist told me to drop out of school.” — Leslie, 35, Michigan 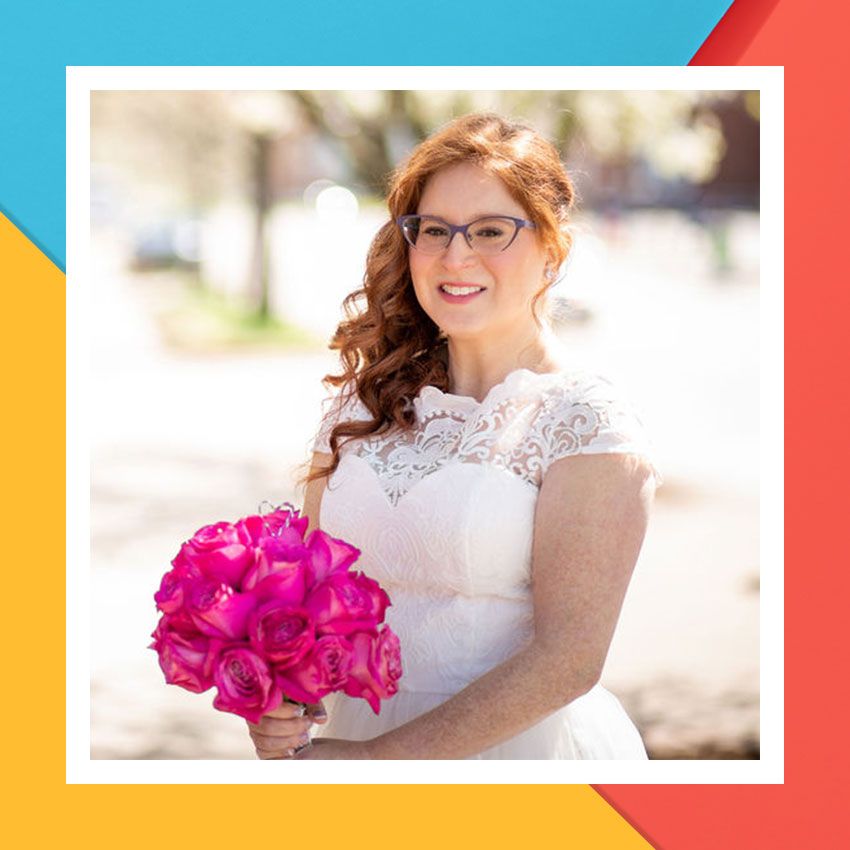 When Leslie Rott Welsbacher kept getting sick during her senior year of college, she chalked it up to stress. Then, after she started graduate school, she noticed her joints were throbbing all the time.

A few months later, a rheumatologist diagnosed her with RA and lupus, another autoimmune disorder. He had some disturbing advice: “He said the best thing for me to do was drop out of school, move home and live with my parents,” Rott Welsbacher recalled. The doctor thought that was the only way she could get her pain and symptoms under control.

Rott Welsbacher didn’t leave graduate school. Instead, she got her Ph.D. in sociology and then, because she wanted to help others with chronic illnesses, a master’s degree in health advocacy.

Rott Welsbacher went through 12 different medications trying to control her illness, but eve so, most mornings she’s so stiff she lays in bed for about 30 minutes trying to work up the nerve to get moving. Her knees sometimes swell up and get painful and hot.

Dating was particularly tough. Because many men were turned off by her illness, Rott Welsbacher had a self-imposed rule to disclose her diagnosis by the third date. “The majority of men couldn’t handle it,” she said. Fortunately, her husband was an exception. They’ve been married for two years.

Switching to a vegan diet and keeping her stress levels down has helped to limit flareups. And connecting with others online who live with RA helps her feel less alone.

She also tries to maintain a positive attitude by shifting her perspective when things get tough. “When you are given a life-altering diagnosis, it can feel like the end of your life,” Rott Welsbacher said. “But in a way, it can also be a beginning.” 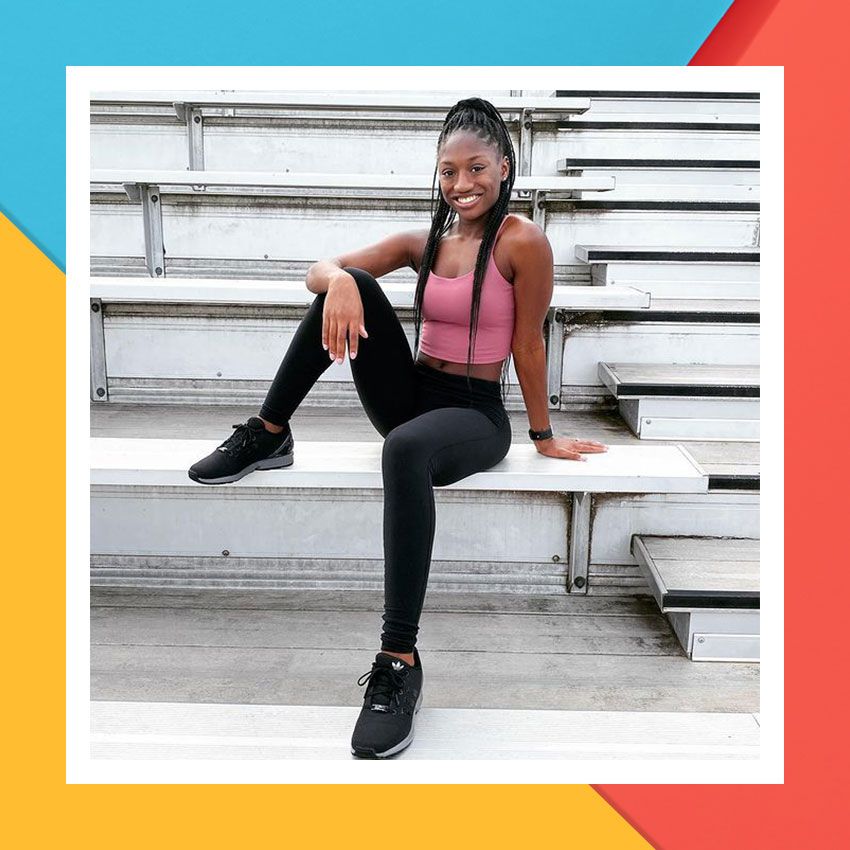 At age 10, Randi Blackmon developed what she thought was a never-ending case of tendinitis. She was a competitive gymnast, and it seemed like her knees, wrists, shoulders, and ankles were always swollen and painful. In high school, Blackmon switched to basketball and running track, but she continued to experience stiffness and pain, especially in her wrist and fingers.

Then one day, her mom noticed that Blackmon couldn’t turn the doorknob to get into the house, and she knew something was wrong. After consulting with a parade of doctors, a blood test finally revealed that Blackmon, 16 at the time, had juvenile rheumatoid arthritis, a condition that impacts 1 in every 1,000 children.

For a few years, Blackmon kept her illness a secret. She tried to hide the pain she felt when she played basketball and how hard it was to get out of bed after a sleepover. When she went to the University of Alabama as a triple jumper on the track team, at first she didn’t tell anyone about her condition.

Eventually, an injury sidelined her from the track team, and then her RA stopped responding to medication. “It went completely haywire,” she said. She could no longer keep her illness a secret.

It took a year, but Blackmon finally found a new medication that worked. She built up her strength using resistance bands, which put less stress on her joints than free weights. She graduated with a degree in exercise science, and now works part-time as a personal trainer. She’s also in school to be a chiropractor.

Getting a lot of sleep—about 10 hours a night—is essential, Blackmon says.Exercising regularly also helps her manage her RA. “If I don’t have muscle mass on me, my joints hurt more with everyday activity,” she said.

Connecting with others with RA online and offline has been great for her mental health, she says. “I have a personal training client with RA, and it has been a lot of fun to work with her.”

“It felt like there was hot glue in my body everywhere.” — Cheryl, 39, Seattle 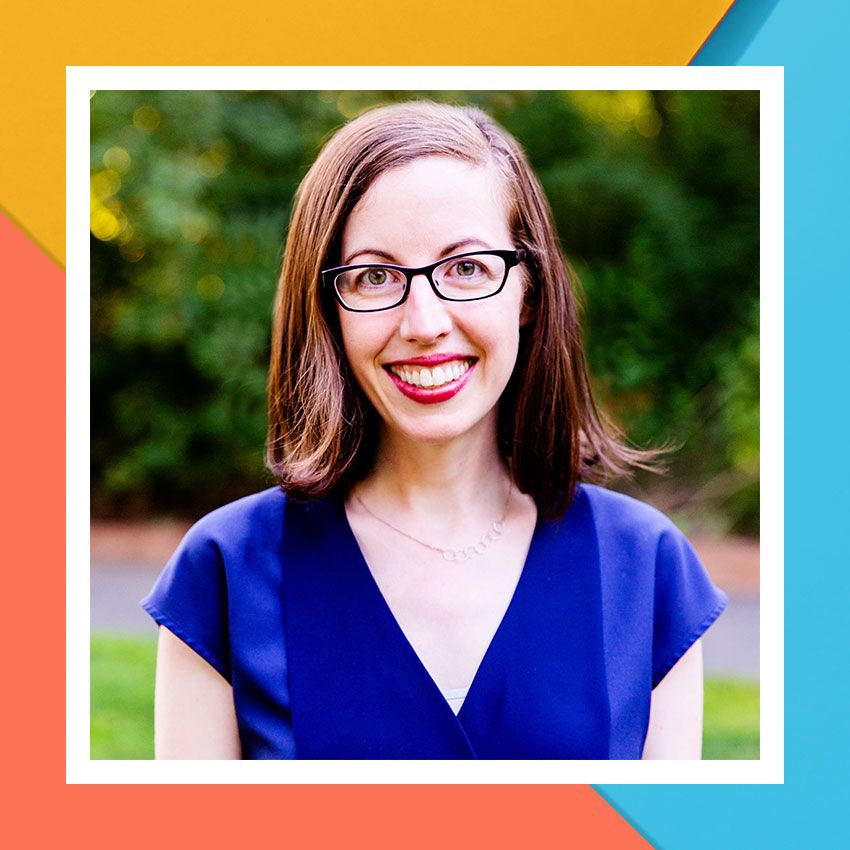 For two years before she was diagnosed with RA, doctors told Cheryl Crow she wasn’t sick. They said she was a hypochondriac, or just anxious, or—when she dropped 25 pounds—that she had an eating disorder.

It wasn’t until she woke up one day at age 22 with unbearable joint pain and stiffness that her medical providers recognized her illness for what it was. “I told my doctor that it felt like there was hot glue in my body everywhere, and I was diagnosed immediately,” she said.

Crow’s first RA medication worked well for five years, but then lost its effectiveness because her body developed antibodies to it. Unfortunately, that’s common for those with RA.

She has tried many other medications since then. They have reduced her pain and slowed the disease progression, but none have worked quite as well as the first one.

Crow relies on hacks to help her get through the day: she holds her coffee mug with both hands instead of by the handle, uses a pump bottle rather than a squeeze one for lotion and soap, and has a hands-free leash to walk her dog. Compression gloves, hot and cold packs, and Biofreeze cream help relieve pain.

Crow began seeing a mental health therapist after she had her son, and she wishes she had done that sooner. She said the therapist helped better accept the ups and downs that come from living with a chronic illness and build a life she loves.

Crow also realized early that she could have a powerful impact and feel better about living with RA by sharing her story and helping others with the disease. So, she started an educational company called Arthritis Life which offers tips and support to newly diagnosed people and their families. “It has been like turning pain into purpose,” she said. “I took my own pain and made it my life’s work to educate and empower patients.” 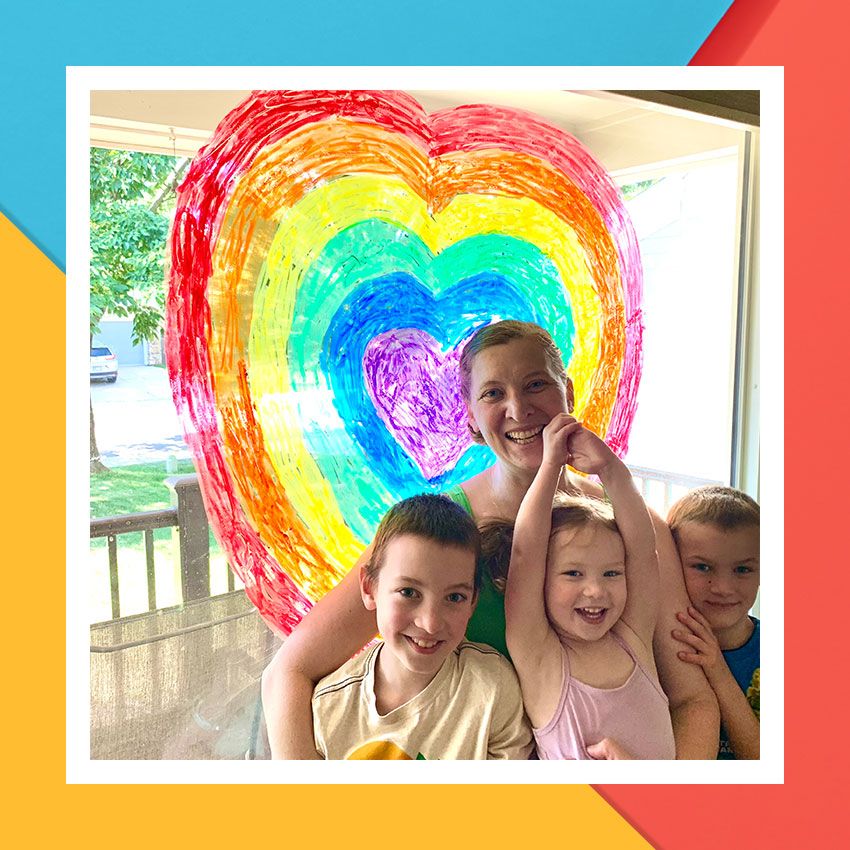 Mariah Leach’s RA started with pain in her toe and wrist. Soon her knees swelled up. “They looked like giant grapefruits, and I had trouble walking,” she said. She was diagnosed at age 25, a few months after her first symptoms.

Leach was dating her husband when she was diagnosed, which pushed him unexpectedly into a caregiver role. She “sat him down and gave him permission to bail out,” she said, but he stayed by her side. They were married three years later.

Leach’s biggest challenge with RA came when her doctors took her off her medication during her first pregnancy and while she was breast-feeding. She ended up having to wean her son at three months because a postpartum flare caused so much pain. “I had reached the point where I couldn’t pick him up anymore,” she said.

Leach’s other two pregnancies went more smoothly because by then, new research showed it was safe to stay on her medication. She now has three children—ages 8, 6, and 3.

Leach still occasionally has flares. On those days, just turning the ignition in her car is hard. And she has trouble doing simple everyday things like putting her hair in a ponytail, opening a jar, or walking from her car into a store.

Leach has learned to accept help when it’s offered and to cook big batch meals when she has extra energy, so there will be food in the freezer on the bad days. She relies on the RA community for support and tips about navigating life with the condition.

Massage therapy and swimming have been lifesavers, she says, although she had to put both on hold during the COVID-19 pandemic because she’s high risk.

Leach says it also makes her feel good to help others.She runs a website called Mamas Facing Forward to support other women with chronic illnesses who want to become mothers. A patient advocate, she has testified before lawmakers on bills that would impact those who live with RA.

“My life is certainly on a different path than I expected,” she said. “But I appreciate the little things more. And being able to pay it forward and help other women struggling with chronic illness has been rewarding.”