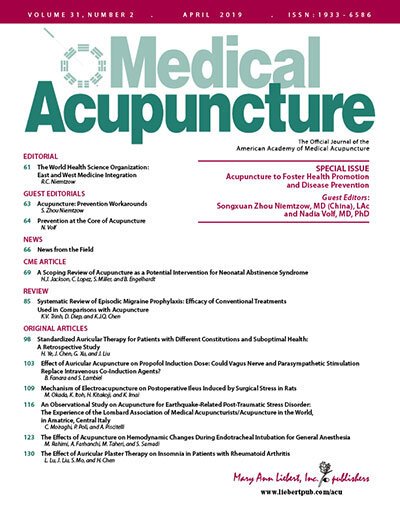 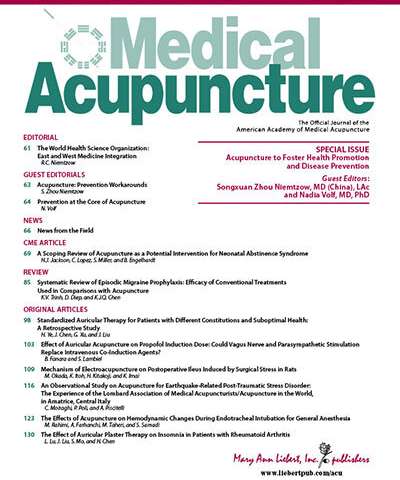 Well-recognized for its therapeutic effects, acupuncture is increasingly being appreciated for its ability to promote wellness and contribute to the prevention of a broad range of conditions. A new study, which demonstrates the promise of acupuncture as a complementary approach in improving psychological and pain symptoms associated with post-traumatic stress disorder (PTSD) following a natural disaster, is published as part of a Special Issue on Acupuncture to Foster Health Promotion and Disease Prevention in Medical Acupuncture.

The researchers studied the effects of acupuncture on the victims of a 6.0 earthquake that caused nearly 300 deaths and left 30,000 people homeless in Amatrice, Central Italy. The acupuncture effort was led by two medical associations: Lombard Association of Medical Acupuncturists (ALMA) and Acupuncture in the World (AGOM).

Treatments were performed by medical doctors who had at least 3 years of clinical experience with acupuncture. Each subject received four 20-minute acupuncture treatments over consecutive days. Before the acupuncture treatment, more than 68% of the study participants reported having both pain and psychological symptoms that could be associated with PTSD. After the third treatment, both the pain and psychological symptom scores had significantly improved, with no serious adverse effects attributed to the treatment.