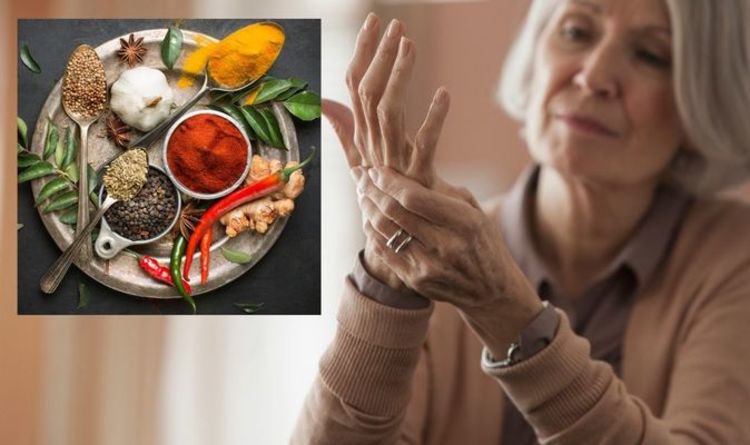 Arthritis is a very common condition that affects more than 10 million people in the UK, according to the NHS. If you’ve been diagnosed with arthritis, you could benefit from making some changes to your lifestyle – including what you eat.

About 10 million people have arthritis in the UK – most of which have osteoarthritis.

The condition is caused by the smooth cartilage between joints being worn down.

Rheumatoid arthritis, meanwhile, affects about 400,000 people in the UK. 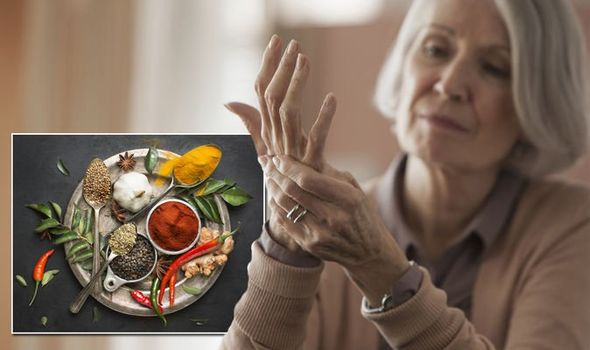 Eating certain foods and spices can help to relieve joint pain linked to arthritis, according to the Arthritis Foundation.

Anti-inflammatory foods are an ideal addition to your diet, because arthritis pain is largely linked to inflammation.

Joints and other parts of the body can become inflamed, and certain spices block the inflammation from ever developing.

Ginger, turmeric and cinnamon are some of the best types of spice to protect against joint pain, it said.

“Gingerol and shogaol are the chemicals in ginger that block inflammation pathways in the body,” it said.

“Along with its anti-inflammatory properties, some studies have shown ginger can also reduce osteoarthritis symptoms, although other studies do not find such benefit.

“Curcumin is the active chemical in turmeric root; it blocks inflammatory cytokines and enzymes in two inflammatory pathways. Several human trials have shown an anti-inflammatory benefit, which can translate to reduced joint pain and swelling.

“Cinnamon contains cinnamaldehyde and cinnamic acid, both of which have antioxidant properties that help inhibit cell damage caused by free radicals.” 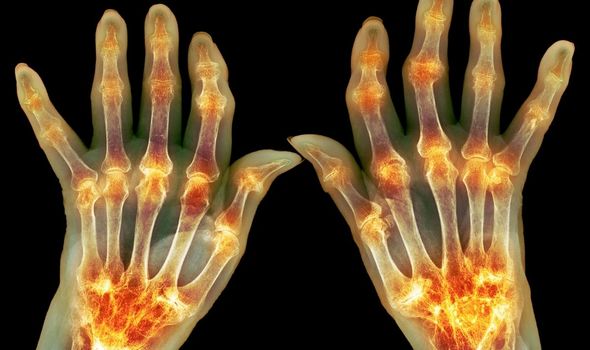 But, while there are some foods that help to relieve joint pain, some foods can aggravate it.

It’s best to steer clear of anything with added sugars or gluten, nutritionists have claimed.

Alcohol could also worsen arthritis symptoms – particularly those with either osteoarthritis or gout.

If you’re worried about your arthritis diet, you should consider speaking to a doctor or a nutritionist.

Some of the most common symptoms of rheumatoid arthritis include joint pain, stiffness, and restricted movement.

The symptoms tend to develop gradually over a few weeks, and they may come and go.

There isn’t any cure for rheumatoid arthritis, but early diagnosis is absolutely crucial.

Treatments are available that help patients to go months, or even years, between flare-ups.