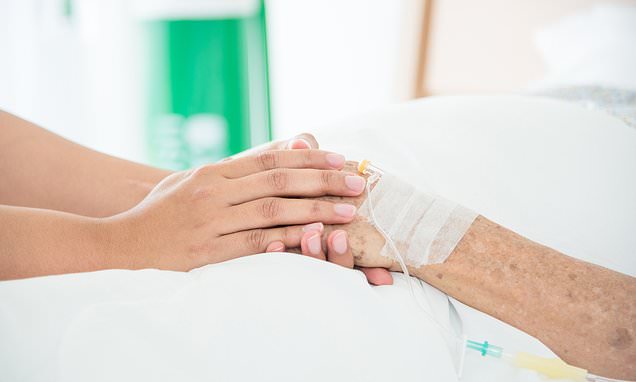 Assisted suicide can lead to ‘inhumane’ deaths when the drugs don’t work quickly enough or cause unpleasant side effects, experts have warned.

The practice is hotly debated but illegal in the UK, but it’s legal in some US states, Canada and European countries including the Netherlands and Belgium.

Patients may be given or take a drug or pill to induce unconsciousness and then death.

But, despite the aim for death to be painless and without distress, a review has found this is not always the case.

Patients may have difficulty taking doses, either by swallowing or due to vomiting, and some have awoken from a coma or taken up to a week to die, evidence shows.

International researchers have said there should be more measures to confirm a person is not ‘accidentally aware’ as they die. 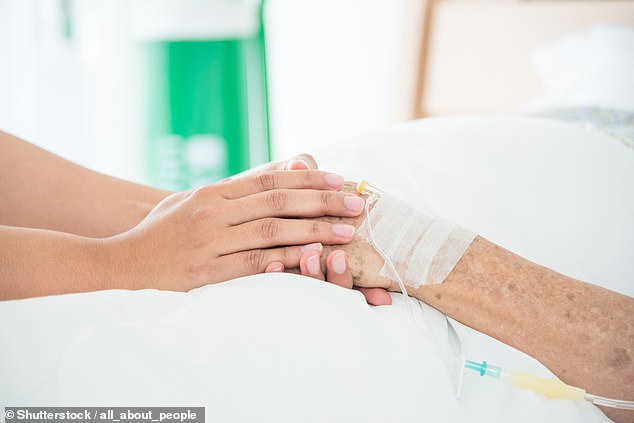 Methods for assisting death can cause inhuman deaths as many patients remain conscious before death, which could take a further 30 hours (stock image)

Doctors in the UK are currently being polled by The Royal College of Physicians on whether they support giving lethal doses of drugs to terminally ill patients.

Previous research has said up to 4.6 per cent of all deaths are reported as euthanasia or physician-assisted suicide where it is legal.

The review, of which Professor Jaideep Pandit, a consultant anaesthetist at Oxford University Hospitals was a senior author, was reported in the British Medical Journal.

Patients are usually given barbiturates – strong sedatives – which knock them out and eventually cause the lungs and heart to stop.

But the report found complications including difficulty in swallowing the prescribed dose (up to nine per cent) and vomiting in 10 per cent, both of which can prevent proper dosing.

Re-emergence from a coma occurred in two per cent of cases, with a small number of patients even sitting up during the dying process, the authors said.

‘This raises a concern that some deaths may be inhumane,’ the researchers reported in the journal Anaesthesia.

WHERE IS ASSISTED DYING LEGAL IN EUROPE AND THE US?

Assisted dying refers to both voluntary active euthanasia and physician-assisted death. These two types of assisted dying distinguish a difference in the degree of the doctor’s involvement.

Only three countries in Europe approve of assisted dying as a whole: Belgium, the Netherlands, and Luxembourg.

The first two even recognize requests from minors under strict circumstances, while Luxembourg excludes them from the legislation.

Passive euthanasia is when a patient suffers from an incurable disease and decides not to apply life-prolonging treatments, such as artificial nutrition or hydration.

Death occurs within 90 min in two thirds of cases.

But in a third of cases, death can take up to 30 hours, and some deaths took as many as seven days to occur (four per cent).

The team had expected to find a single technique being used worldwide, but had instead found varying methods, drugs, doses and monitoring across countries.

‘We expected that, since a common humane aim is to achieve unconsciousness at the point of death, which then occurs rapidly without pain or distress, there might be a single technique being used.

‘However, the considerable [differences] in methods suggests that an optimum method of achieving unconsciousness remains undefined,’ the review said.

The findings shake the argument put forward in support of assisted dying that patients pass away with dignity and peace.

The researchers have suggested better ways to achieve unconsciousness are investigated.

For example, the use of continuous infusion of an anaesthetic agent and electronic monitoring in the brain.

The report said: ‘Any decision by society to sanction assisted dying should go hand in hand with defining the method or methods to be used. Otherwise, there is a risk that vulnerable citizens may be killed by suboptimal, or even cruel, means.

‘It should also define by what means unconsciousness should be induced to facilitate a humane death, and which assistants or practitioners should be involved.’

The study suggested that if an optimum method is discovered, it should also be applied to capital punishment used in the US.

Although assisted dying is illegal in the UK, that could soon change.

The Royal College of Physicians is polling doctors this month on whether the law on assisted dying should change, meaning the respected institution may drop the official opposition it has held for five years.

The BMJ revealed last year that 55 per cent of doctors were supportive of it, as well as the ‘great majority’ of the British public.

The journal, one of the oldest and most influential in the UK, claims there is ‘good evidence’ the practice ‘works well’.

Support for an assisted dying law among the public remains consistently high at around 80 per cent, as confirmed by the British Social Attitudes survey in 2017.