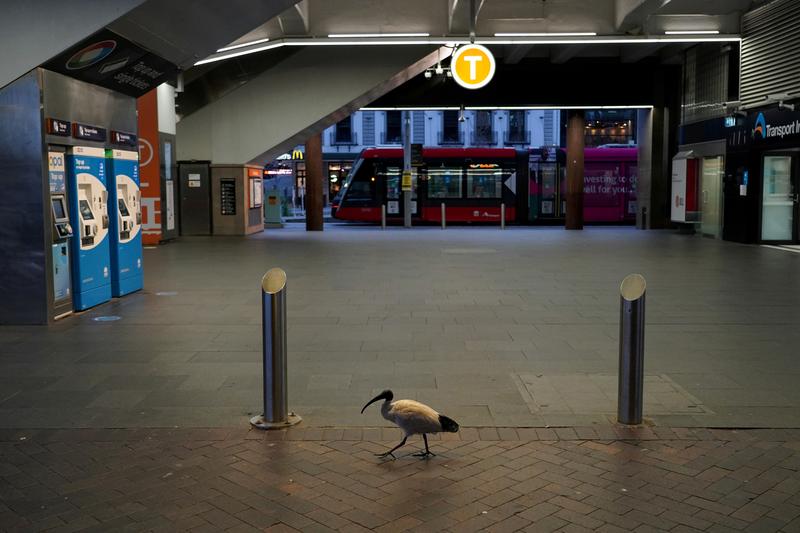 FILE PHOTO: A lone bird walks past the quiet Circular Quay train station during a lockdown to curb the spread of a coronavirus disease (COVID-19) outbreak in Sydney, Australia, July 28, 2021. REUTERS/Loren Elliott

SYDNEY (Reuters) – New South Wales, Australia’s most populous state, reported 199 locally acquired cases of COVID-19 on Tuesday, down from 207 a day earlier, as officials scramble to bring under control an outbreak of the Delta variant in state capital Sydney.

Of the new cases, at least 50 spent time in the community while infectious, state Premier Gladys Berejiklian told reporters in Sydney. Total cases in the year’s worst outbreak have topped 3,800 since the first was detected in mid-June.