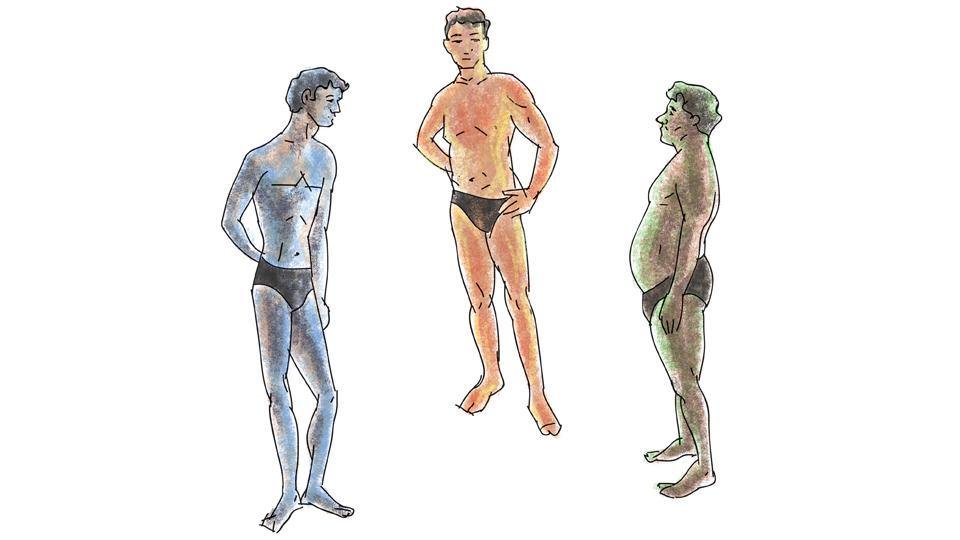 Our modern-day health-conscious youth brigade happens to be quite an experimentalist one. They’ve got their fingers in many pies; from fad diets and lifestyle programmes to holistic healing programmes, there’s nothing that doesn’t make them curious. And their latest interest is none other than ayurveda.

Ayurveda, which has been a huge part of Indian traditional households for centuries, is now finding prominence among the millennials. From restaurants coming up with ayurveda-based menus to food Instagrammers posting ayurveda-based content, this healing science has caught the attention of many. “There is a reason ayurveda lost its prevalence in the modern age. The knowledge wasn’t properly documented or passed down to the next generations. Ayurveda never got any support in the academic world nor the practitioners were given any platform by the government for research and recovery of the lost information,” says Grand Master Akshar, yoga master and lifestyle coach, who has trained personalities such as Sushmita Sen, Sunil Gavaskar, Geeta and Babita Phogat.

However, ayurveda’s popularity isn’t just confined to India. In fact, it’s soaring in the West. “Since it’s holistic in nature, it doesn’t have side effects like other medicinal systems and is economically sustainable. Hence, people prefer it in the West.” adds Grand Master Akshar.

Chef Kartikeya Ratan says, “All people had to do was flip cartons of processed foods to realise how many carcinogens they were consuming daily. This conscious consumption has been pivotal in the revival of ayurveda, which simply makes us realise what’s harmful to our bodies on an individual level.”

However, a healthy lifestyle isn’t the only thing that ayurveda offers. “The conscious eater cares about the environment. Hence, it’s not just the conscious eater who benefits, but the food and beverage industry as well. And that’s why there is a rise in ayurveda-based menus in restaurants too,” says chef Nishant Choubey.

There is also a change in the perception of ayurveda. “In order for us to trust something, we need the validation and approval of the West. So, if it’s popular in the West, it’s popular in India. Ayurveda has been a part of our culture for over 5,000 years. However, we never looked into it until the West validated it”, says ayurvedic practitioner Dr Vinayak Abbot.

Vata, pitta and kapha are the three doshas that together constitute the human body. All three are present in each of us. However, the variations of vata, pitta and kapha in our bodies makes us different from each other. Take a look further to find out which one are you.

This dosha is derived from the elements of air and space. It’s a dosha with movement or motion being its peculiar property. It is the only dosha that keeps our body active. From blinking our eye lids to running, everything is controlled by vata. The vata dosha also gives movement to other doshas to help them move inside the body.

Physical traits: The body frame is generally lean as it’s hard for a vata individual to put on weight. People with vata have dry hair and split ends. Their skin is dry and rough. They mostly have a darker complexion. People with vata dosha have irregular teeth and suffer from the issue of bleeding gums and sensitivity.

Mental traits: They are quick when it comes to their thought process, and never settle in one place. They are never satisfied and are restless. They have a weak memory and are talkative in nature. They also have mood swings. They have irregular sleep patterns.

Dietary recommendation: Eat foods that are naturally sweet, sour, and salty in taste. Use spices such as ginger, black pepper, cinnamon and cumin, but don’t consume extremely hot spices. Dairy can be consumed as long as it’s not very cold. Consume high-quality oils and ghee in your daily diet and fix your meal timings. Avoid food that is spicy, bitter, astringent, pungent, cool and dry in nature. Stay away from fried foods and coffee and foods that contain sugar or corn syrup.

Wash and pat dry 100gm jamun. Remove the seeds and chop them. Chop celery and keep it aside. Blend chopped jamun and celery until a smooth texture is formed. Strain the mixture. Add 5gm of honey, 3gm of cinnamon powder, 5ml of lemon juice and 2gm of pepper along with 1gm of black salt and two cups of water. Mix, garnish with micro greens and serve.

Jamun keeps vata in balance and is good for diabetes microbial infections. It controls digestion disorders as well.

Best foods for vata in summer are small grains, sweet and sour fruits, light herbs, honey and adequate salt. This vata balancing salad is hydrating and nourishing, exactly what a vata constitution needs.

This dosha is derived from the elements of fire and water and is hot in nature. It governs metabolism and all heat-related things in one’s body. Pitta is the dosha of transformation.

Physical traits: Athletic build, sharp mind and a strong intellect. They have warm bodies with sensitive skin. They also suffer from interrupted sleep. People with pitta have a strong digestive system. They are also prone to premature greying of hair.

Mental traits: Even with a strong intellect and good concentration, they get frustrated quickly. They possess a bit of temper and tend to be critical of oneself and others.

Dietary recommendation: Opt for sweet, bitter, astringent foods. Prepare a meal schedule. Eat food items with cold potencies such as cucumbers, sweet fruits and melons. Sweeteners may be taken in moderation except for molasses and honey. Avoid hot, dry, salty, spicy food as it might trigger thirst and inflammation. Minimise sour food items such as vinegar along with fermented foods like hard cheese, sour cream, green grapes, pineapple and grapefruit. Avoid packaged food as pitta is very sensitive to preservatives and artificial additives.

Wash 50gm beetroot and trim it from the top. Boil it until it is tender. Rinse it with cold water thoroughly. Peel its skin and chop it. Blend 10gm cucumber, 5gm ginger, 10gm amla and 5gm mint with chopped beetroot. Pour the puree through a fine strainer into a bowl. Add 1gm salt, 1gm cumin powder, 2gm maple syrup, 5ml lemon juice and water. Serve it with edible flowers.

Pitta dosha favours bitter and astringent tastes, which are cooling and refreshing in nature. Raw beetroot provokes pitta, but cooked beetroot pacifies it. It transforms the starch into sugar making it cool in nature. It also cleans the blood, nourishes the liver, improves eyesight and is good for anaemia. Amla has a soothing effect on the pitta body type.

Basil seed and coconut pudding with apple and almond custard:

Mix together 50gm soaked basil seeds, 100gm coconut milk, and 50gm apple custard with some of the desiccated coconut. Refrigerate the mixture for 30 to 60 minutes. Once thickened, pour it into a bowl or glass. Garnish with fresh cut fruits, 5gm toasted almonds and desiccated coconut each.

Pitta in summer is at an all-time high. To calm the fire within and outside, load your diet with cooling, sweet and astringent foods. Good fats can be consumed in moderation as our gut fire is capable of digesting just about anything right now. This coconut, custard apple and basil seed pudding contains all the good fats from coconut milk, has sweetness and astringency from custard apple and provides an ample amount of hydration from basil seeds or sabja. It is the perfect summer breakfast.

This dosha is derived from the elements of water and earth. Kapha governs the structure and lubrication in one’s body. It controls weight, growth, lubrication in joints and lungs, and formation of all the seven tissues — nutritive fluids, blood, fat, muscles, bones, marrow and reproductive tissues.

Physical traits: Having a strong body and excellent stamina, people with kapha dosha have large and soft eyes. They have thick hair, fair complexion and good skin. Even though they have a regular appetite, they tend to consume less amount of food due to slow digestion. They also tend to gain weight quickly.

Mental traits: Naturally calm and thoughtful, people with kapha are patient and steady. They are prone to depression, attachment, possessiveness and are envious.

Dietary recommendation: Opt for a liquid diet to detox your body. Go for spicy, bitter and astringent food items. Eat fresh fruits such as apple, pear, watermelon, pomegranate, apricot and cranberry. Low-fat milk is recommended. Avoid excessive salt as it increases kapha. Reduce oily, cold foods along with sweet and sour foods. Avoid orange, banana, pineapple, fig, date, avocado, coconut and melon as these fruits increase kapha. Do not take too much wheat or rice.

In a bowl, add 30ml pomegranate juice, 10ml ginger juice, 15ml apple juice, 5gm honey, 10gm cut apple along with salt to taste and 2gm of pomegranate seeds. Mix it well. Pour it in a glass and serve with mint leaves. Apples are good for balancing kapha as it favours pungent, bitter, astringent tastes. This drink will help in easing constipation and soak up excess body fluids. Pomegranate is good for the digestion and is an appetite enhancer.

Marinate the slices of zucchini with salt, pepper and olive oil. Layer them on a cutting board and roll tightly. You can tie it with a chive or kitchen thread till it cooks. Sear the zucchini steak on one side in 15gm of olive oil, and cover the pan to cook the other side. Add 2-3gm salt, pepper and 3gm chopped herbs. Once cooked, pat it on a kitchen towel and cut the thread. In a bowl, place 50gm yogurt dip at the bottom, zucchini steak on top, 30gm black puffed rice and add peas around it.You can garnish it with some fresh pickled Himalayan garlic.

Consume a light, high in fiber diet to beat sluggishness. This dish is best to balance your kapha.