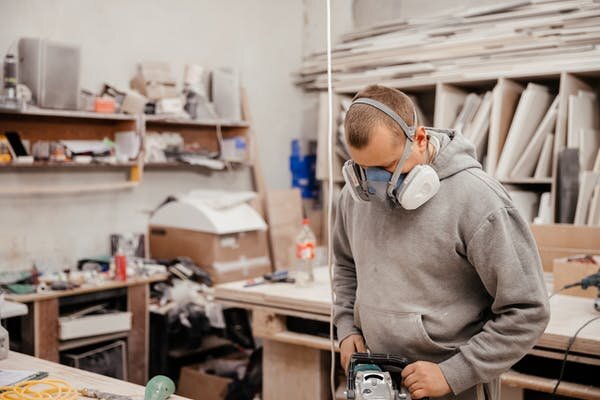 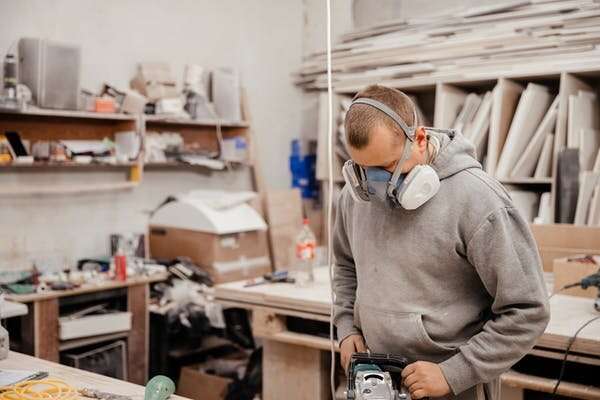 Silica dust is a very fine dust produced when products such as bricks, concrete and pavers are cut or drilled. Artificial stone, which is used mainly for kitchen benchtops, is a particularly potent source of silica dust.

Breathing this dust into the lungs can cause severe long-term damage. This can result in breathing difficulties, scarring of the lungs (silicosis) and lung cancer.

In our recently published report, we estimate that without action, Australian workers would develop more than 10,000 future lung cancers and almost 104,000 silicosis cases during their lifetime due to their exposure to silica dust. This is around 1% of all future lung cancers in the Australian adult population.

However, banning artificial stone would reduce silica exposure and could prevent 100 lung cancers and almost 1,000 silicosis cases over the lifetime of these workers.

Re-emergence of an old disease

Silica dust is a serious hazard in Australian workplaces. Around 7% of Australian workers are at risk of breathing it in. Exposure is most common in miners and construction workers.

For the last 60 years, silicosis was very rare in Australia. Due to the increased use of artificial stone, we are now seeing a re-emergence of this terrible disease.

In response to the resurgence of silicosis, the Australian government set up a taskforce to improve the health and safety of those working with silica dust. Its final report, from June 2021, recommended further analysis on how best to protect artificial stone workers.

This is now under way, with Safe Work Australia releasing a regulatory impact statement for consultation. This statement looks at a number of options to reduce exposure to silica and the cost of these over the next ten years.

Safe Work Australia concluded these measures would only need to save about five people a year from silicosis in order for these options to be cost effective.

While this is a good start, there’s scope to do much more. Banning artificial stone is among the recommendations suggested by the taskforce but not currently supported by government and not being considered by Safe Work Australia.

To estimate the harm caused by silica dust at work, we used a method which calculates how many additional disease cases would occur in workers exposed to silica dust in one year—in this case, the year 2016.

We used past exposure surveys and recent reports from New South Wales and Victoria to estimate how many workers were exposed to silica dust nationwide.

Then we modeled how many lung cancers and silicosis cases would occur during the lifetimes of these workers.

We then looked at possible ways to reduce exposure to silica dust, including wet cutting, reducing worker access to dusty areas, using good quality and well-fitted respirators, as well as banning artificial stone.

We also looked at other control measures which could be implemented in the interim.

Unfortunately, a ban on silica dust in other industries such as mining isn’t possible. However, exposure can be reduced. Stopping workers from entering areas near crushers on mine sites would prevent 750 lung cancers and almost 7,500 silicosis cases.

If we were able to reduce exposure in the mining industry to that experienced by the general population, we could save more than 2,300 lung cancers and over 20,000 silicosis cases.

Reducing silica dust would save lives

These cases can only be prevented if there is 100% compliance with control measures. This is a level of compliance much higher than what we’re currently seeing in Australian workplaces.

A licensing system for artificial stone businesses such as that underway in Victoria might go some way to improving compliance, but the effects of this remain to be seen.

However, if we banned artificial stone, we could save up to 700 more young workers from developing these diseases. If we tried to eliminate silica dust exposure in other industries, we could prevent even more disease.