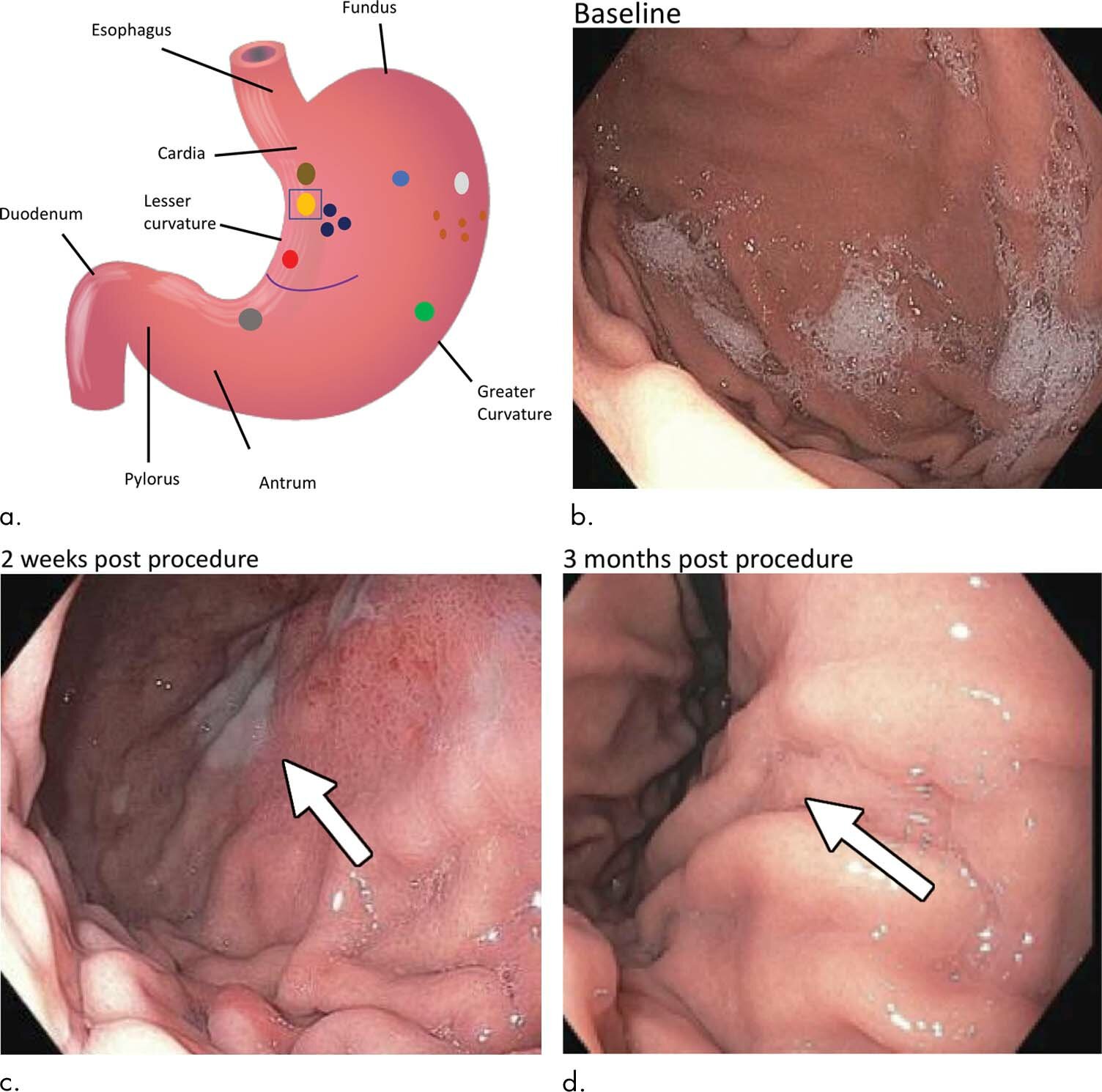 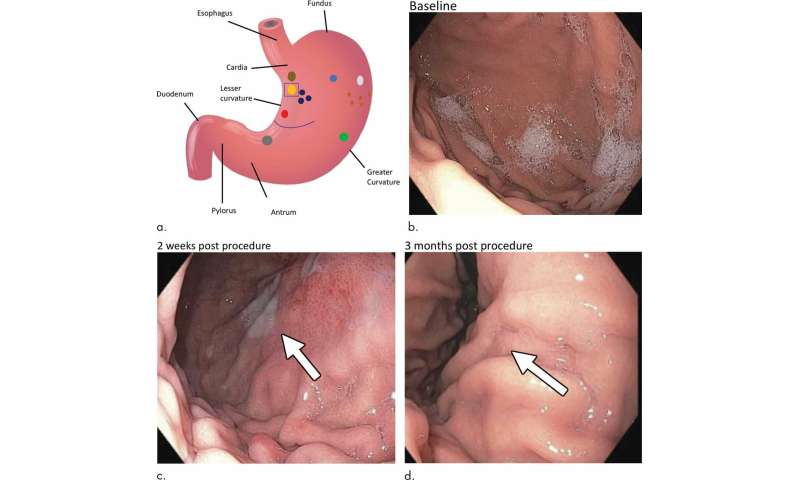 Bariatric embolization, a new, minimally invasive treatment for obesity produces weight loss and reduces appetite for up to one year, according to a new study published in the journal Radiology.

Obesity is a major public health epidemic that affects hundreds of millions of people worldwide and adds enormous costs to health care. The limited effectiveness of dieting among some patients has driven the development of surgical interventions such as gastric bypass, sleeve gastrectomy and gastric banding. While these treatments are effective, they also pose risks, highlighting the need for minimally invasive, cost-effective options.

Bariatric embolization has emerged in recent years as one such option. In the procedure, microscopic spheres are introduced through a catheter into the arteries that supply blood to the stomach. The blocking of the arteries with the beads produces a reduction in blood flow—enough to suppress production of hunger-stimulating hormones but not enough to cause tissue damage.

Researchers from the Bariatric Embolization of Arteries for the Treatment of Obesity (BEAT Obesity) trial recently assessed the procedure’s effects on 20 severely obese participants over the course of one year.

Bariatric embolization was performed successfully for all participants with no major complications. Excess weight loss was 8.2 percent at one month, 11.5 percent at three months, 12.8 percent at six months, and 11.5 percent at 12 months. Patients showed a decrease in hunger and an increase in early satiety, or the feeling of being full when eating. The researchers also saw encouraging signs of metabolic changes in the patients, with decreases in total cholesterol and increases in levels of high-density lipoprotein, the so-called “good cholesterol.” Tests given to the participants showed that their quality of life improved in the year after the procedure.

“This is a great step forward for this procedure in establishing early feasibility, safety and early efficacy,” said study lead author Clifford R. Weiss, M.D., from the Johns Hopkins University School of Medicine in Baltimore. “It is fulfilling to all of us to see something that started as an idea develop through about a decade of research and then go all the way to an initial clinical trial.”

“This is the result of collaborative research, of step-by-step basic and translational science to get to the point where we could do a clinical trial safely,” Dr. Weiss said. “We had a multidisciplinary team, including interventional radiologists, gastroenterologists, dietitians, psychologists, hormone experts, bariatric surgeons and statisticians, looking at this from all different angles to make sure we were investigating it in a very rigorous and scientific way.”

Although the one-year results are encouraging, Dr. Weiss emphasized that important research remains. The team has been tracking hormonal changes in the patients and are preparing to release results of that study shortly. They also intend to look at longer-term outcomes and the possible impact of the placebo effect.

Still, if the one-year results are any indication, bariatric embolization has a bright future as a tool in a more personalized approach to the treatment of obesity, a disease increasingly understood to differ from patient to patient.