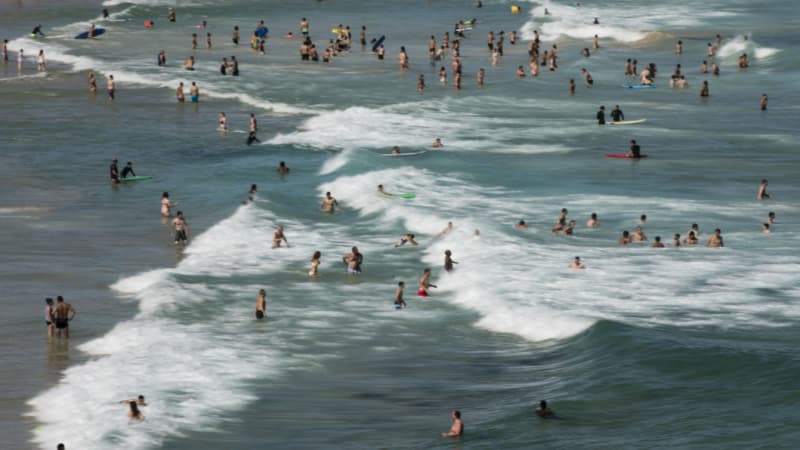 Is it my imagination, or are people less cranky at the beach? 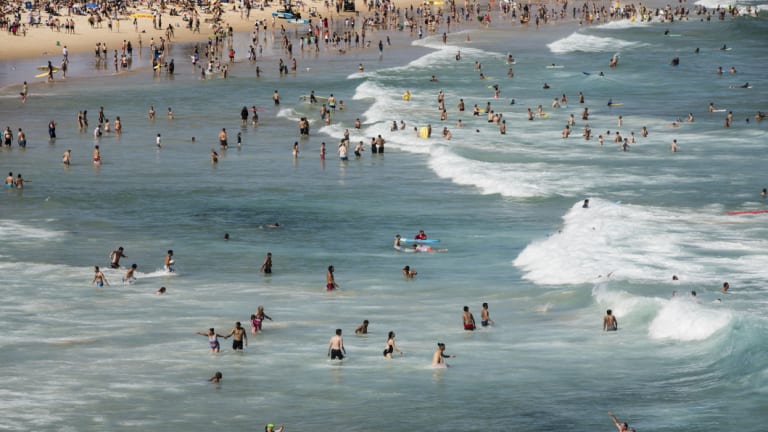 Being at the beach or just in nature helps humans keep their cool in more ways than one.Credit:Dominic Lorrimer

Thousands of random punters are packed into a limited space and there’s barely an argument or a tanty to be heard. I think the reasons are threefold.

First, there are more adults around, and they are under less pressure. In two-parent families, at least, both are on call; right on hand to admire that sand castle, provide a bottle of cool water, venture into the waves with their offspring straddling their shoulders. Groups of families holiday together or meet on the shore and the adults can take it in turns to hang out with the littlies. There’s a lot more attention to go around, away from laptops and domestic chores and the tyranny of getting out the door in time for creche, school, work.

Secondly, there’s a startling absence of electronic devices. Sure, there are besotted parents videoing their little darling’s every move on their iPhone, but mostly what you see is grownups gazing pensively out to the ocean, counting little heads in the surf, chatting to their mate over a cup of take away coffee while corralling wee ‘uns, digging trenches or applauding a small person’s first attempts on a boogie board. In the city I’m often grieved by the number of parents ferrying children to school or the shops or the park with their head buried in their damn device. At the beach, I can see more plastic cricket sets than iPads.

Thirdly, no kid I’ve ever spent time with, and that includes a goodly number – my own four, numerous friends and cousins, a bunch of foster children – has failed to be charmed and calmed by being in a natural environment. Take a fractious child away from the TV in a darkened room and show them some space, some grass, some trees, some water, and they change; becoming engaged and tranquil in less time than you can say "great outdoors".

Columnist Ross Gittins quotes social commentator Hugh Mackay as saying that being connected to nature is a traditional source of relief from anxiety. Gittins adds that "grass time" is vital for the health and well-being not only of children but adults too.

Not all families are lucky enough to spend time at the beach or camping. But there is grass time to be had in most places. Leave your device at home and take your kids outside. And watch the bad tempers evaporate, both theirs and yours.

Clare Boyd-Macrae is a regular contributor.