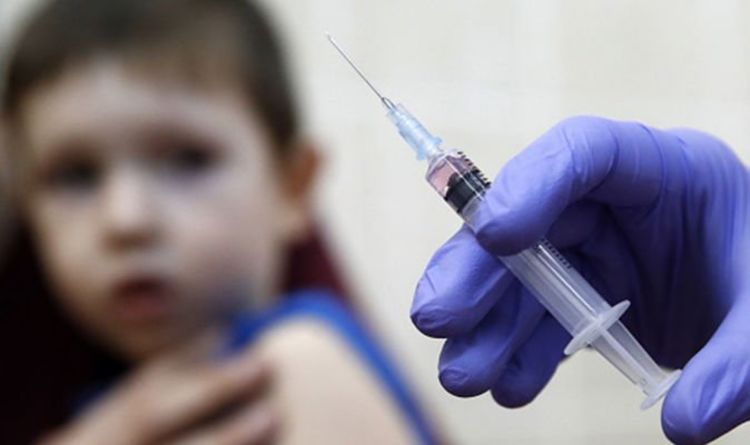 Responding to the shocking figures, Dr Mary Ramsay, Public Health England’s head of immunisations warned vaccination is the “only way to protect yourself” from the deadly diseases and urged parents to vaccinate children of all ages against it. “It’s never too late”, she said. Speaking on BBC Radio 4 Today Programme, Dr Ramsay said: “The UK achieved WHO measles elimination status in 2017, so the overall risk of measles to the UK population is low.

“However due to ongoing measles outbreaks in Europe, we will continue to see cases, particularly in unimmunised individuals.

“This could lead to some spread in communities with low MMR coverage and in age groups with very close mixing.

“Measles can be extremely serious, so make sure you and your family are protected.”

She urged: “Measles is a horrible disease and it can kill. It does spread very, very quickly and so the only way to protect yourself is to make sure you have a full course of vaccine.

“And it’s never too late. Just because your child is a little bit older now they can still go and get their vaccine from the GP.” 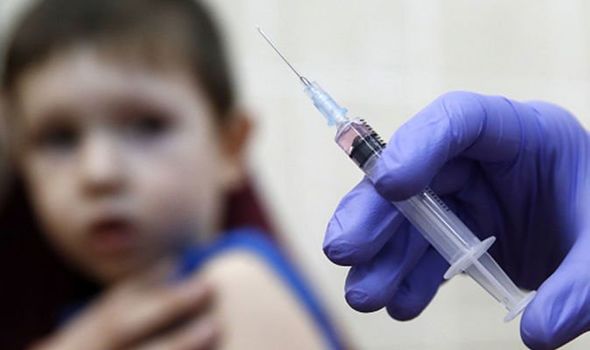 Measles is a horrible disease and it can kill. It does spread very, very quickly

The charity Unicef said increasing numbers of youngsters are being left unprotected against measles, which can cause disability and death.

Inaccurate and misleading anti-vaccination messages on social media are thought to be one reason why vaccination rates are plummeting.

Unicef’s analysis shows that an estimated 169 million children around the world missed out on the first dose of the measles vaccine between 2010 and 2017 – an average of 21.1 million a year.

Simon Stevens, chief executive of NHS England, said: “Getting yourself and your children vaccinated against killer diseases is essential to staying healthy, and vaccine rejection is a serious and growing public health timebomb.

“With measles cases almost quadrupling in England in just one year, it is grossly irresponsible for anybody to spread scare stories about vaccines, and social media firms should have a zero-tolerance approach towards this dangerous content.”

A list of 10 high-income countries, published by Unicef, shows the US has the highest number of children missing out on their first dose of the vaccine.

The second most affected country was France, with 608,000 unvaccinated children over the same time period, followed by the UK, with 527,000.

Health Secretary Matt Hancock said the rise in people not vaccinating had to be tackled, and that he was “particularly worried” about the spread of anti-vaccination messages online.

He told BBC Radio 4’s Today programme that he was meeting social media companies on Monday to “require that they do more to take down lies that are promoted on social media about the impact of vaccinations”.

He said: “Vaccination is safe, it’s very, very important for the public health – for everybody’s health – and we’re going to tackle it.”