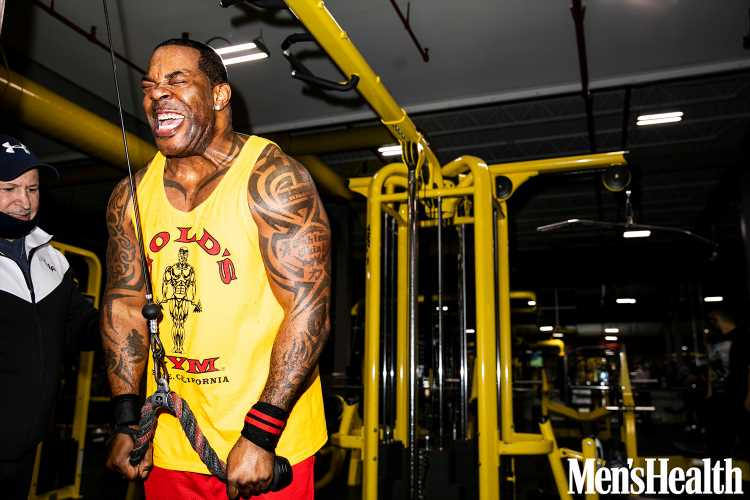 In the Jan/Feb 2021 issue of Men's Health magazine, the rapper, 48, opened up about his dramatic weight loss journey.

The star explained that although he was still in good shape in 2009,  when he first started working on his album Extinction Level Event 2: The Wrath of God — which was released in October — following the deaths of his longtime manager in 2012 and his father in 2014, he stopped working out and caring about his diet.

"Those were the two most important male figures in my entire life," he explained. His son noticed him struggling to breathe in his sleep one night due to sleep apnea, so the next day the rapper went to a throat doctor, who found that polyps in the rapper's throat were restricting 90 percent of his breathing.  The doctor then urged Rhymes to immediately get emergency surgery.

"The doctor told me that if I caught a cold or slept wrong that I could die," Rhymes said. "It felt like this was on me now, and I had to steer things in a different direction."

After connecting with a trainer through Instagram following his surgery, Rhymes committed to moving to Jacksonville, Florida for 30 days for an intensive fitness program.

Rhymes began working out two-three times a day and eating protein-packed meals every two and a half hours. Due to muscle gain, his weight initially increased from around 290 to 340 lbs. After the 30 days were over, Rhymes stayed committed to his fitness journey, training 5 days a week in New York and watching what he eats.

Today, Rhymes says he weighs 254 lbs., and is in better all-around health.

"I ain't just getting in shape to look good with my music," he said. "I was raised to protect and provide for my family and my people. I don't know how to be any other way. I have to contribute in any way I can, even if that means engaging in physicality to ensure survival."

Rhymes, who recently competed on the fourth season of The Masked Singer previously showed off the results of his dramatic weight loss journey in October.

"DON'T EVER GIVE UP ON YOURSELF!!" he captioned a before-and-after photo. "LIFE BEGINS RIGHT NOW!!! MY DEDICATION IS DIFFERENT!!" "I WOULD NEVER PUT OUT AN ALBUM AND NOT BE IN THE BEST SHAPE OF MY LIFE!!" he continued, referencing the release of his first album in eight years. "I RESPECT MYSELF TOO MUCH AND I RESPECT Y'ALL TOO MUCH!!! I'M ONLY HERE TO INSPIRE!!"