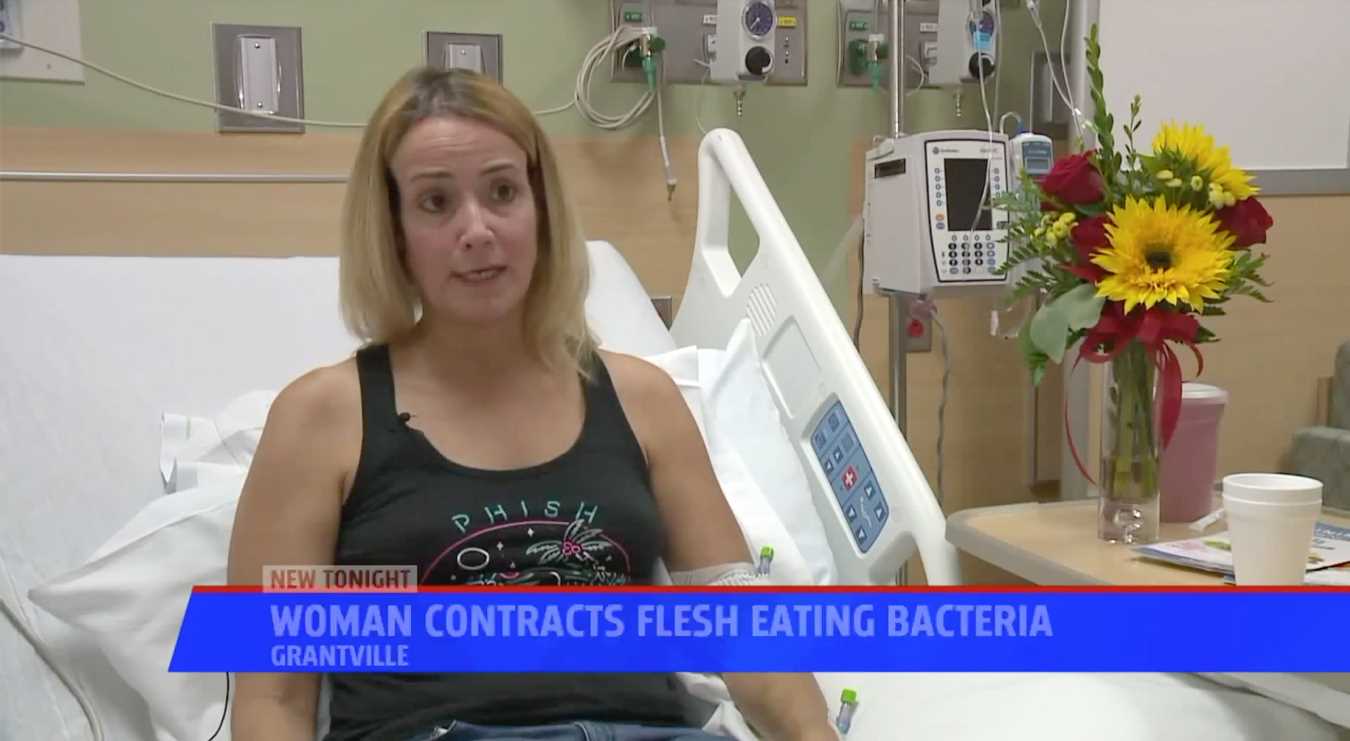 A woman from California is the latest person to contract a flesh-eating bacteria, despite never entering the water.

Noelle Guastucci’s July 4th weekend did not go according to plan after she started experiencing “excruciating” pain in her left foot, Fox 5 San Diego reports.

The University Heights woman said she first noticed her foot was swelling and developing a rash before the pain and condition quickly escalated to the point where her toes were barely visible.

“It felt like an internal bruise and then overtime it began to swell very aggressively,” Guastucci recalled to the outlet. “The pain was so excruciating, on a scale from one to 10, it was an 11. It felt like someone had poured acid on my foot.”

Guastucci was rushed to the emergency room at Kaiser Permanente San Diego Medical Center, where doctors diagnosed her ailment as necrotizing fasciitis — a flesh-eating disease that recently claimed the life of Texas resident Gary Evans, who went crabbing that same holiday weekend.

“I was facing possible amputation,” Guastucci explained, adding that doctors said she sought out medical help just in time. “I was told if I had waited a few hours until the next morning, I possibly could’ve lost my life.”

Thankfully, it didn’t come to that. After 12 days in the hospital, Guastucci learned that the antibiotics were successful in killing off the potentially deadly bacteria.

The Southern California professional recruiter is now expected to be discharged in a few days.

Though the bacteria is typically contracted while in the water — it enters the body through small cuts or burns and then eats away at soft tissue — Guastucci said she hadn’t been near water recently.

“I retraced my steps and its still a mystery to the origin,” the mother of one told Fox 5 San Diego.

Despite losing flesh around her ankle and still not knowing the cause of the disease, Guastucci said she was feeling lucky to be alive and urged anyone that has a concerning ailment to get medical attention as soon as possible.

“You must seek immediate attention,” she told the outlet. “I was so blessed and fortunate to have been saved just in time with a wonderful team of doctors.”

At least nine other people have contracting flesh-eating bacteria this year. In all cases, after spending time in or near the water in places like Florida, Texas and Maryland, the victims fell ill and had to be hospitalized, some requiring surgery. Three people died after contracting the disease.

While cases of necrotizing fasciitis increase in the summer because the parasite thrives in warmer waters, it is actually a very rare disease, with only 20,000 cases a year.

Chances of contracting it are slim, especially if you’re healthy and have a strong immune system, according to the Center for Disease Control and Prevention.