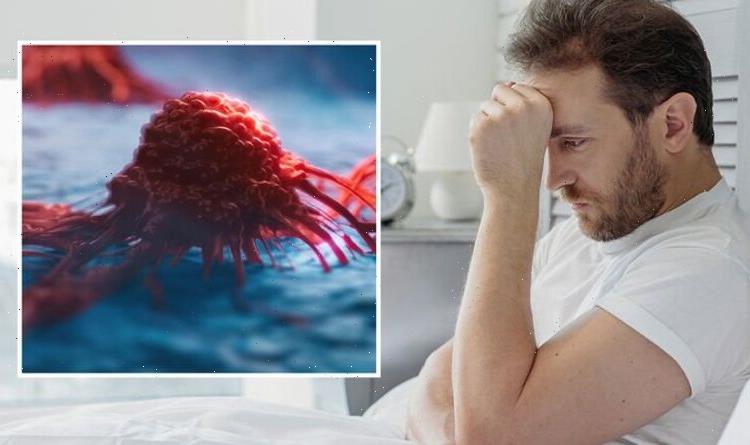 Cancer symptoms are extensive because cancerous cells can multiply and divide anywhere in the body. When a growth of cells multiplies in an abnormal, uncontrollable way in the brain, this is known as a brain tumour. One of the most common signs of a brain tumour can strike in the morning, according to Doctor David Jenkinson, Chief Scientific Officer at The Brain Tumour Charity.

Doctor Jenkinson explained: “The signs and symptoms of brain tumours can vary greatly from person to person due to a number of factors including the type of tumour and where in the brain it is located.”

“This is either because they cause increased pressure in the skull or because of where they are in the brain and which function it controls,” he explained.

In addition to regular headaches, nausea in the morning can also be a major red flag, warned Doctor Jenkinson.

“These symptoms may get worse when you suddenly change position, could continue for more than a week without getting better and are unrelated to other conditions.”

A case study provided by The Brain Tumour Charity provides a harrowing glimpse of the toll brain tumour-induced headaches and nausea can take on a child’s day-to-day life.

Noah Wiseman, who was seven-years-old at the time, had a headache when he and his family were on holiday in Norfolk for Halloween in 2019.

He didn’t usually have headaches so his mum Lucy gave him some children’s paracetamol and, thinking that maybe he was dehydrated, didn’t think anything else of it.

A couple of days later, Noah had another headache and, over the next three weeks, the headaches were increasingly regular and happening every couple of days.

Lucy took Noah to the GP who said she could find nothing wrong but that she would contact Addenbrookes Hospital for further advice.

Within an hour or so, the GP called Lucy back to say that the team at the Addenbrookes Hospital would like to see Noah that afternoon. Lucy took Noah to A&E and the doctor who saw him thought he could be stressed about his school work.

The doctor did also suggest that Lucy looked at the website for The Brain Tumour Charity’s Headsmart campaign, which aims to raise awareness of the signs and symptoms of brain tumours in children and young adults, and to return to the hospital if she had any concerns.

A few days later, Lucy was away for a weekend and her husband, Anthony, contacted her on Saturday morning to say that Noah had been sick.

On Monday, Noah was sick at school and so Lucy picked him up. He stayed at home on Tuesday and was sick again in the morning but, once again, fine by the afternoon. This is a common symptom of brain tumours, especially in children, as highlighted by the Headsmart campaign.

So, that day, Lucy took Noah to back A&E at Addenbrookes Hospital. He had a CT scan which revealed the mass on his brain which was later diagnosed as an ependymoma. This was just three weeks after Noah first began experiencing headaches.

Noah had about five hours of surgery a few days later and he spent that night in ICU to recover from the operation. Doctors think that the tumour may have been there for up to 12 months because it had grown to the size of a golf ball.

According to Doctor Jenkinson, nausea and headaches often occur alongside other warning signs including changes in vision, balance problems, seizures, changes in cognition, tiredness or loss of taste or smell.

It is important for people not to worry or panic if they do start having any symptoms as it is likely that these will not be due to a brain tumour, said the doc.

“But we’d encourage anyone who is worried about a symptom that is unusual for them, and particularly if they experience a persistent symptom or a combination of symptoms, to speak to their doctor.”