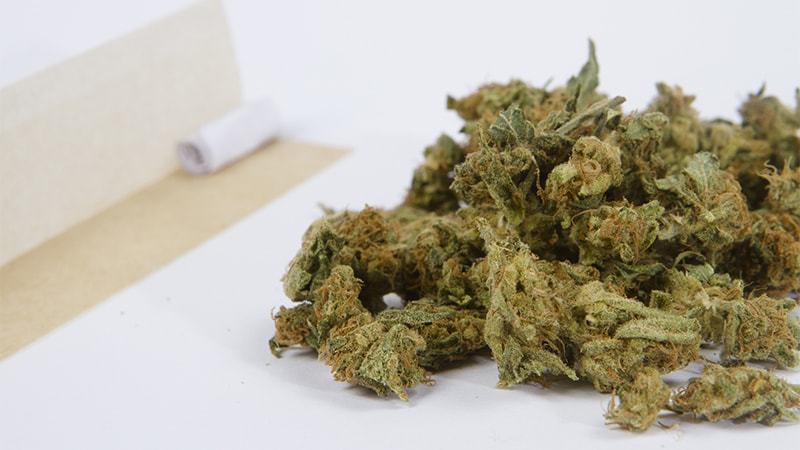 There is a link between cannabis exposure in during pregnancy and higher fasting glucose levels and adiposity in the offspring in early childhood, a new study suggests.

Research looking at the effect of prenatal exposure to cannabis on offspring is growing. It is known to affect childhood cognition and behavior; however, there is little work to date on how it affects metabolic outcomes, said lead author Brianna F. Moore, PhD.

“Officially, the American Academy of Obstetricians and Gynecologists recommends that women do not use cannabis during pregnancy or while breastfeeding to limit the effects on offspring. There’s really a lot we don’t know, but researchers across the country are starting to look into this more, and there are signs that it isn’t great for the offspring,” Moore, an assistant professor at the Colorado School of Public Health in Aurora, told Medscape Medical News in a phone interview.

And she noted that while some women turn to cannabis to manage the challenging symptoms of pregnancy, “Clinicians should encourage pregnant women to refrain from using cannabis; it is best for these pregnant women to talk to their physicians about alternative ways of managing these symptoms.”

The findings were published online March 31 in the Journal of Clinical Endocrinology & Metabolism.

The researchers assessed 103 sets of mothers and children from the Healthy Start study. At 27 weeks of gestation, the investigators assessed 12 metabolites of cannabis/cannabinoids in urine samples. Results from these samples were used to categorize fetal exposure to cannabis as either not exposed or exposed. They found that about 15% of the mothers had traceable amounts of cannabinoids, suggesting fetal cannabis exposure.

At follow-up, the study team assessed fat-free mass and fat mass using air displacement plethysmography among the offspring around age 5. They used generalized linear models to approximate the relationship between fetal exposure to cannabis with metabolic measures such as insulin, glucose, and homeostatic model assessment of insulin resistance (HOMA-IR), and adiposity measures such as body mass index (BMI), fat-free mass, fat mass, adiposity, and BMI z-scores.

“This finding may suggest that fetal exposure to cannabis contributes to higher fasting glucose levels via a direct effect on the pancreatic β-cells. However, we cannot draw conclusions about β-cell response to glucose because we did not perform oral glucose tolerance tests,” the study authors write.

Notably, however, there was no relationship between BMI z-scores, BMI, or HOMA-IR and fasting insulin, the study team found.

Study limitations include the small sample size and lack of self-report data on cannabis use to differentiate between direct use and exposure to cannabis, Moore acknowledged.

Given the small sample size, researchers were unable to look at dose-response, which future studies will focus on, Moore noted. Future efforts will also focus on comparing the effects of tetrahydrocannabinol (THC) and cannabidiol (CBD), Moore added.

“This is a relatively new field, so there’s still work to be done. This is just one study, and we need to study this more in other cohorts to confirm our findings,” she concluded.

Ashley Lyles is an award-winning medical journalist. She is a graduate of New York University’s Science, Health, and Environmental Reporting Program. Previously, she studied professional writing at Michigan State University, where she also took premedical classes. Her work has taken her to Honduras, Cambodia, France, and Ghana and has appeared in outlets like The New York Times Daily 360, PBS NewsHour, The Huffington Post, Undark, The Root, Psychology Today, TCTMD, Insider, and Tonic (Health by Vice), among other publications.