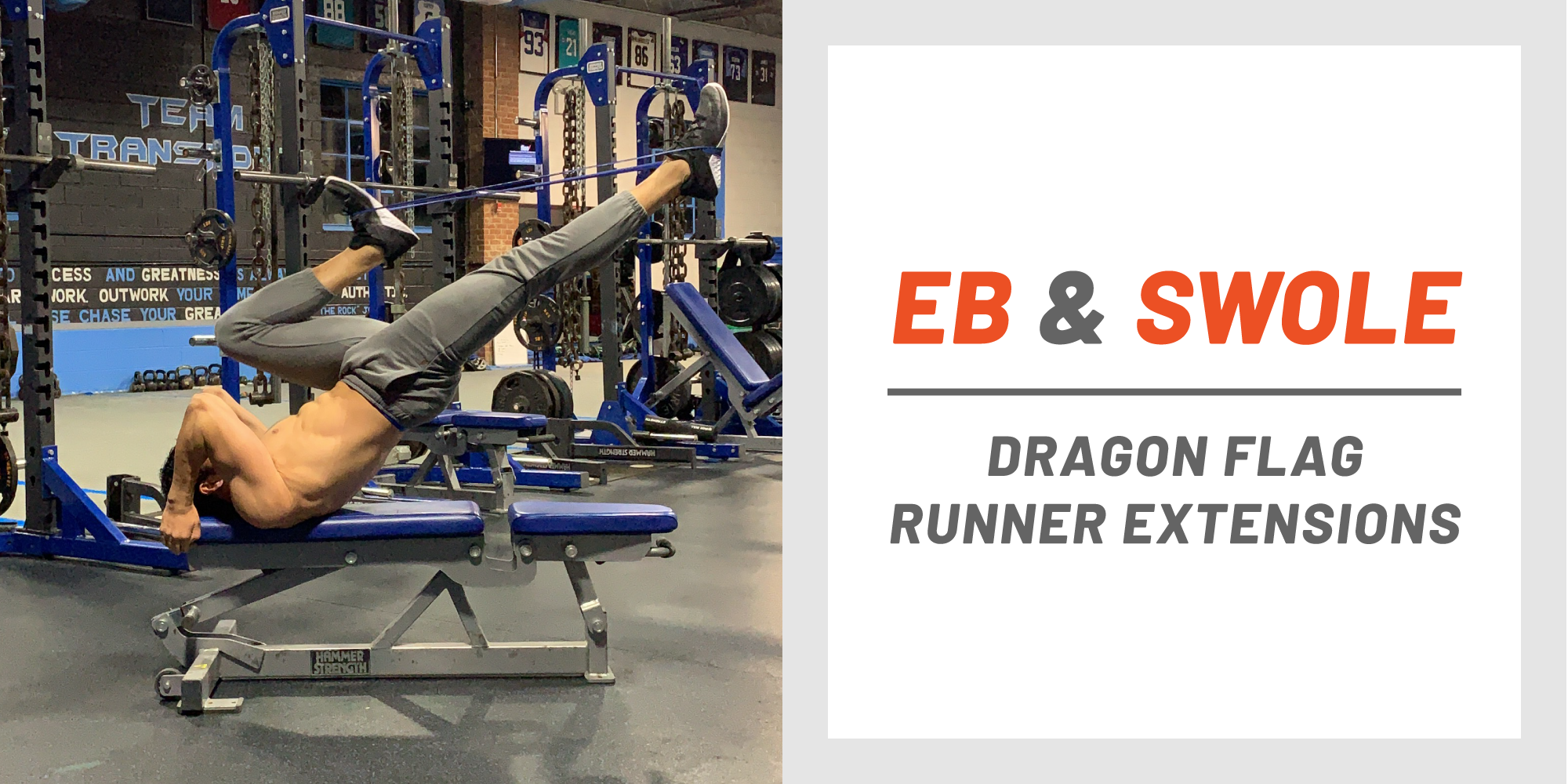 Drop in on any track team’s practice and you’ll probably see athletes stepping off the track and finishing the session with core exercises. The two parts of the workout are usually kept separate—but with this killer ab move, you’ll be honing your running stride, too.

Men’s Health Fitness Director Ebenezer Samuel, C.S.C.S. uses dragon flag runner extensions to hone his full-body control, challenge his core, and dial-in on his running form. The base movement, the dragon flag, can be tough—but this variation isn’t as taxing, according to Samuel.

“This move is actually slightly easier that a regular dragon flag; because we don’t keep both legs extended the whole time, your core doesn’t need to stabilize as much total load,” he says. “That makes this a great way to really perfect your dragon flag positions.”

To perform the exercise, you’ll need a sturdy flat bench and a mini band for you feet. If you don’t have any handy, check out this set from Perform Better.

The key to this move is really committing to the motion; you should really be mimicking your running stride. “Make sure to really drive that leg upwards on each rep, and also aggressively flex your foot upwards against that band too,” says Samuel. “Meanwhile, you’ll need to contract your glute on the other leg and aggressively point your toes on that leg to maintain the clean line.”

You’ll also need to brace your core to maintain a strong spine during the dragon flag. Check out this video for some tips on how to do that in a plank, the building block of all of these isometric ab exercises.

Add the dragon flag runner extensions to your core routine with 3 sets of 8 to 10 reps. For more tips and routines from Samuel, check out our full slate of Eb and Swole workouts. If you want to try an even more dedicated routine, consider Eb’s New Rules of Muscle program.