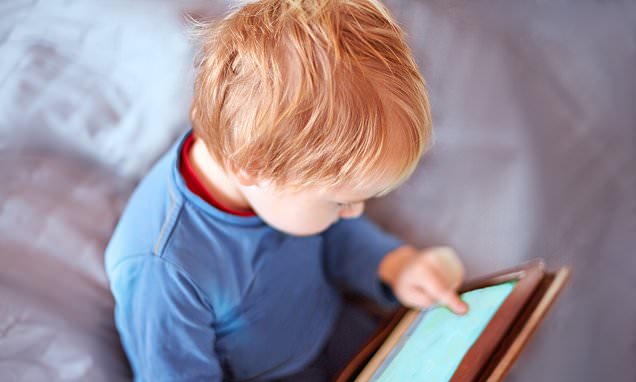 Canadian academics say there is a ‘lack of consensus’ on whether too much screen time has a detrimental effect on youngsters.

But having reviewed 87 old studies on the topic, they’ve now ruled down in favour of it being bad for their behaviour.

They were also more likely to suffer bouts of aggression or inattention, two signs of externalising behaviour.

Although only ‘small but significant’, University of Calgary scientists claimed the link could still have ‘meaningful consequences’.

But they did not quantify the exact risks, nor did they specify how many hours of TV children should be limited to. 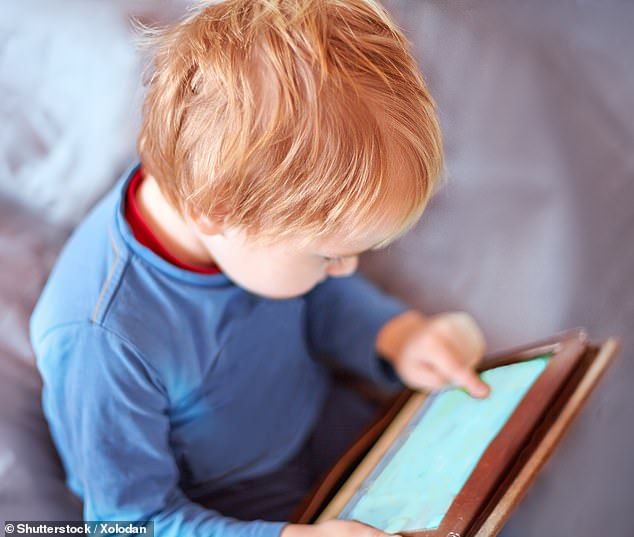 Analysis showed youngsters who reported more screen time were more likely to show internalising behaviour, like anxiety or depression, and have bouts of aggression or inattention, two signs of externalising behaviour. Although only ‘small but significant’, University of Calgary scientists claimed the link could still have ‘meaningful consequences’

Health chiefs in the UK say children should have no more than two hours of screen time per day.

Guidelines from the World Health Organization and US experts set out that under-twos should have no screen time.

But UK experts argue the advice is not based on strong evidence.

The NHS warns that too much screen time means less time for real life learning, can stop them from playing, cause concentration difficulties in later childhood.

Higher levels of screen time has also been linked with irregular sleeping patterns and childhood obesity.

And lead author Dr Sheri Madigan and colleagues noted that screen time itself may not even be the trigger for the behavioural problems.

Instead, viewing inappropriate or violent content could lead to aggressive behaviour, while social withdrawal or sleep disruption could trigger anxiety and depression.

Children aged five to 16 in the UK spend an average of 6.3 hours each day looking at screens, according to the NHS.

Global guidelines suggest infants younger than two should avoid screens altogether, while those aged two to five should keep it to less than one hour per day.

Professor Andrew Przybylski, an experimental psychologist and director of research at the Oxford Internet Institute, argued the academics are ‘wrong to claim statistical significance of the overall result is informative in any way’.

He said the study only shows one per cent of ‘variability in psychosocial problems are correlated with different forms of screen time’.

‘Until we have high quality data from online technology platforms, we won’t be able to say much more than 99 per cent of the mental health and well-being of young people has nothing to do with how much time they spend with digital screens,’ he added.

Professor Russell Viner, former president of the Royal College of Paediatrics and Child Health, said: ‘This is a very complex area and simplistic conclusions that screen time leads to problems are not warranted.

‘Previous research has suggested that screen time itself is probably not the issue but rather that problems may result more from the content watched on screens.

‘For many children, as for we adults tapping away on our computers, screens can be a positive source of education and entertainment.’

The review included data on almost 160,000 children from around the world aged 12 and younger.

‘Although the effect sizes found in this study were small, the consequences of screen time at a population level are likely meaningful,’ the researchers said.