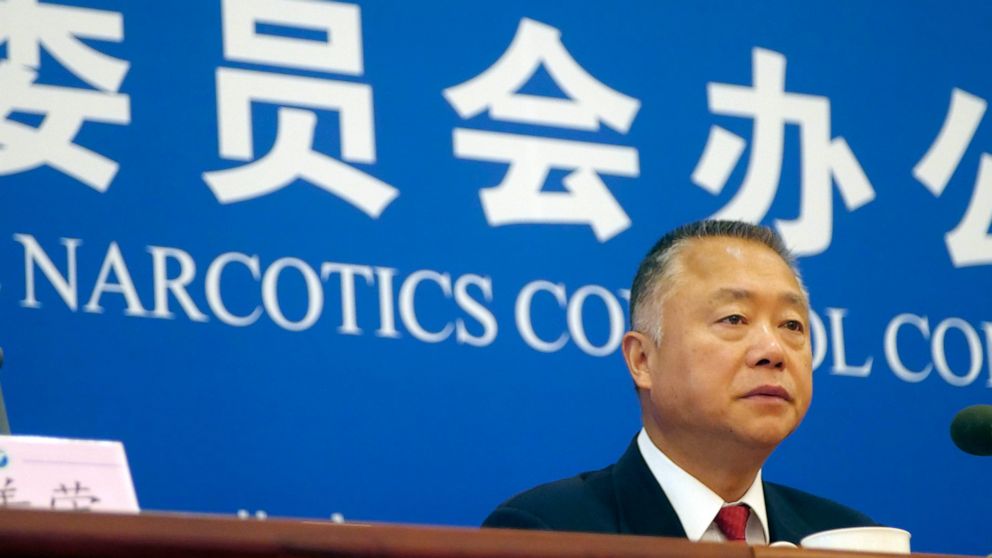 At a briefing for the National Narcotics Control Commission, China reiterated that it is making extensive efforts toward controlling the synthetic opioid and should not be labeled the main origin of fentanyl to the U.S.

The drug often comes through the mail or across the Mexico border. It can be stronger and more lethal than heroin and is responsible for tens of thousands of American drugs deaths each year.

Amid the latest round of tariff increases between the two countries last month, Trump blasted China in a Twitter thread in which he vowed to order all postal carriers to “SEARCH FOR & REFUSE all deliveries of fentanyl from China (or anywhere else!).”

In a sweeping change in May , China began regulating all fentanyl-related drugs as a class of controlled substances with the aim of curbing illegal drug trafficking. No fentanyl smuggling cases have been discovered between the U.S. and China since the new measures were implemented, Liu said.

Yet law enforcement officials in Virginia said last week that China was linked to a seizure of enough cheap fentanyl to kill 14 million people. One of the 39 people charged in the multi-state drug ring is accused of ordering fentanyl from a vendor in Shanghai.

“The illicit fentanyl that’s coming in, the vast majority is from China and a lot of it is coming in through the mails,” G. Zachary Terwilliger, the U.S. attorney for the Eastern District of Virginia, said at a news conference.

Liu noted Tuesday that U.S. fentanyl deaths continue to rise despite increasingly strict controls on the Chinese side, which he said was an indication that the drugs were not coming from China.

Liu also accused “a few politicians” in the U.S. of misleading the American public on China’s work to help the U.S. with its opioid crisis. Chinese and U.S. authorities are working together to handle drug crimes, he said, adding that cooperation on fentanyl has no bearing on ongoing trade negotiations between the two countries.

Trump complained about China’s alleged inaction on fentanyl as part of a four-tweet thread last month accusing China of stealing U.S. intellectual property and ordering U.S. companies to “immediately start looking for an alternative to China.”