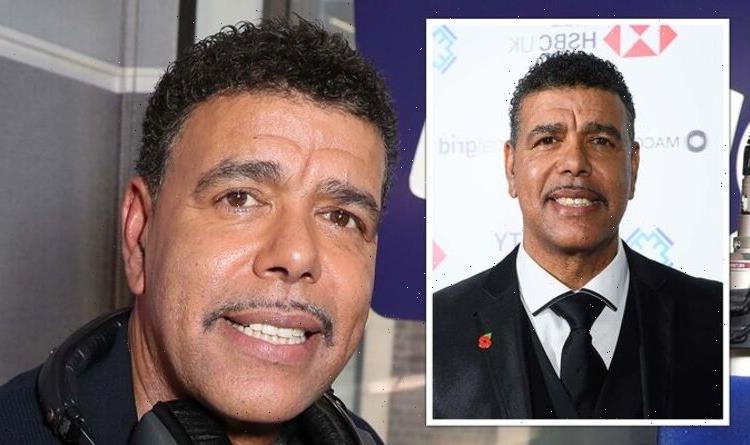 The presenter Chris Kamara has been at Sky since 1999 but recently he had to clear up rumours he was set to leave Soccer Saturday after his colleague Jeff Stelling confirmed his departure in October.

Kamara, the former midfielder, was covering a football match between Rotherham United and Shrewsbury on Saturday afternoon when viewers of the show noticed something strange about his voice.

“Is Chris Kamara ok? … It’s a genuine concern. His speech seems to be slow/slurred”, tweeted one viewer.

Hours later, the star announced that he was currently fighting to “beat” a speech disorder he had developed called apraxia.

Apraxia is an uncommon neurological disorder where people are unable to perform familiar movements, such as mouth movements, despite their willingness to perform the movement.

Kamara posted on Twitter: “Just wanted to let a few of you know who tweeted me today that I am ok ish.

“Alongside my Thyroid problem I have developed Apraxia of Speech & have been working to get my speech back to normal.

“Some days it can be a little slow and some days it’s normal. Hopefully I can beat this!”

Kamara had previously been diagnosed with an underactive thyroid which he revealed on The One Show recently is what affects his speech.

He said in April 2021: “What I’m suffering with is a swollen tongue, which causes you to slur your words.

An underactive thyroid, known as hypothyroidism is when your thyroid doesn’t produce enough thyroid hormone.

It can be caused by several things, including medication such as lithium, radiation therapy or an autoimmune disease.

Can thyroid problems cause apraxia of speech?

There are also studies suggesting Kamara’s experience of hypothyroidism affecting his speech might be a common one.

One study published in the journal The Eurasian Journal of Medicine found that “voice quality is affected by thyroid disease”.

“Thyroid gland disorders cause minor changes in acoustic voice parameters of patients with hypothyroidism and hyperthyroidism,” it concluded.

After his post, people were quick to reach out and offer their support to Kamara.

Kamara’s long time colleague Jef Shelling wrote a warming tweet to him the morning after his announcement.

“You still bring life, energy, fun and understanding to all your reports on Soccer Saturday. We all love you pal. Keep going !”

Piers Morgan wrote: “Sorry to hear this, Legend. Best of luck with your treatment.”

The symptoms of hypothyroidism, according to the Mayo Clinic, may include: