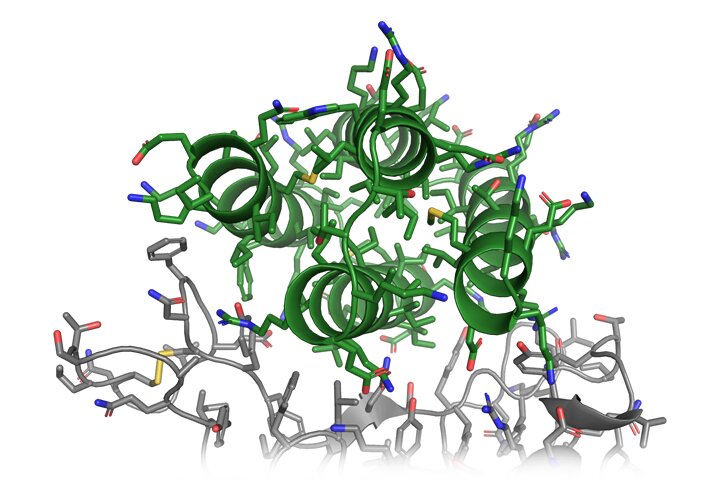 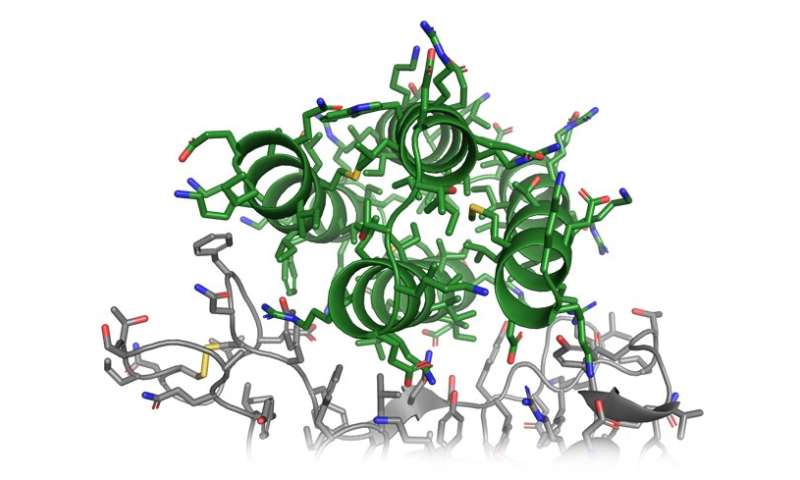 Using a free computer game called Foldit, researchers are enlisting the help of citizen scientists to design drugs that could stop the novel coronavirus from infecting human cells.

HHMI scientists are joining many of their colleagues worldwide in working to combat the new coronavirus. They’re developing diagnostic testing, understanding the virus’s basic biology, modeling the epidemiology, and developing potential therapies or vaccines. Over the next several weeks, we will be sharing stories of some of this work.

The best thing most of us can do to fight COVID-19 is stay home, to curb the respiratory disease’s spread. But anyone with a computer can pitch in more actively too: by helping scientists design drugs to combat the virus now responsible for hundreds of thousands of infections worldwide.

Foldit players around the world compete to solve protein puzzles digitally, designing molecules with certain specs. Scientists are now challenging players to design proteins that can glom onto the new coronavirus and block its entry into cells. Such proteins could potentially be developed into antiviral drugs, to lessen the severity of patients’ symptoms. 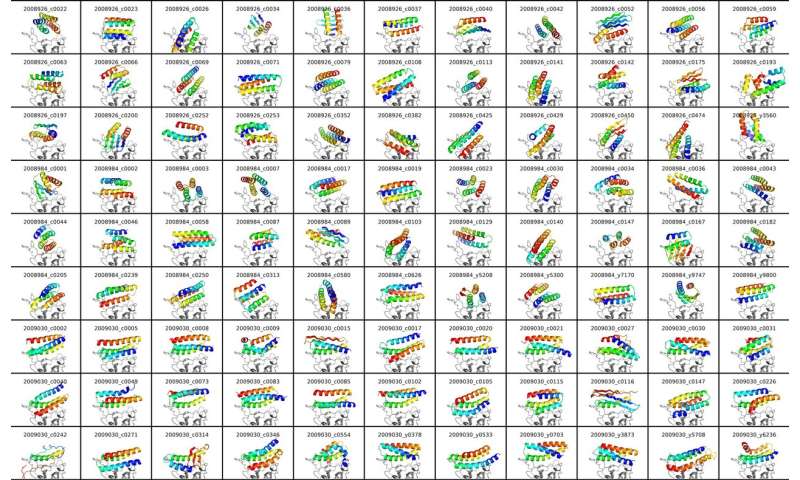 “We find that the creativity of crowdsourcing is really, really useful—if you ask 100 people to do something, they’ll do it in 100 different ways. That’s really valuable for us in protein design problems,” says Brian Koepnick, a research scientist in Baker’s lab who helps run Foldit.

Baker’s team has a good idea of what kind of protein they’re after. Like other coronaviruses, the virus that causes COVID-19 can infect cells via its “spike protein.” This protein latches onto certain human cells, letting the virus pass through the external membrane to multiply inside. A protein that grabs the coronavirus’s spike protein might be able to run interference, Baker says, preventing the virus from binding to cells.

Finding such a protein is a daunting task, he says. “There’s just this massive number of possibilities.” Cells build proteins from a toolkit of twenty standard amino acids. Any one protein can have hundreds of amino acids linked together, yielding billions of configurations.

Baker’s lab uses custom-made computer algorithms to speed the protein design process. Given a target shape, their program sends back amino acid combinations that, when folded, might yield something similar. The algorithms can also calculate the hypothetical proteins’ stability, which reflects how likely they are to hold their proposed shape in real life. The Foldit game works alongside this computer program, but lets humans take the reins. Players can build a protein from the ground up and tweak it as they go, trying to meet design criteria while competing for the highest stability score.

“We’re finding ways humans and computers can work together to solve this problem, rather than relying on the strengths of just one or the other,” Koepnick says. Humans have ingenuity and a design sense that computers lack. He and his colleagues have posed almost 2,000 different protein design puzzles to hundreds of thousands of Foldit players since 2008, when the game was launched by Baker’s lab.

Each protein puzzle is usually open for about a week. The Foldit team has posted several rounds of coronavirus puzzles over the past month, updating players’ guidance as new information about the virus comes in.

Already, a few designs seem promising, Baker says. But not every protein that seems good on the computer screen actually works out in real life. The team is running more computational tests, and they plan to study exceptional solutions in the lab. (While UW’s labs have mostly shut down, research on COVID-19 is active, with precautions in place for staff.)

His team has had success using a similar strategy to design flu virus inhibitors. “In general, the coronaviruses appear to mutate less than influenza viruses,” Baker says. “So that makes them a little bit easier of a target.” Still, he cautions, his lab’s contribution is just the first step in a long journey toward a drug. They’ll send proteins that pass their screening test to other colleagues, who will test them on cells grown in culture dishes, and perhaps eventually in lab animals and humans.