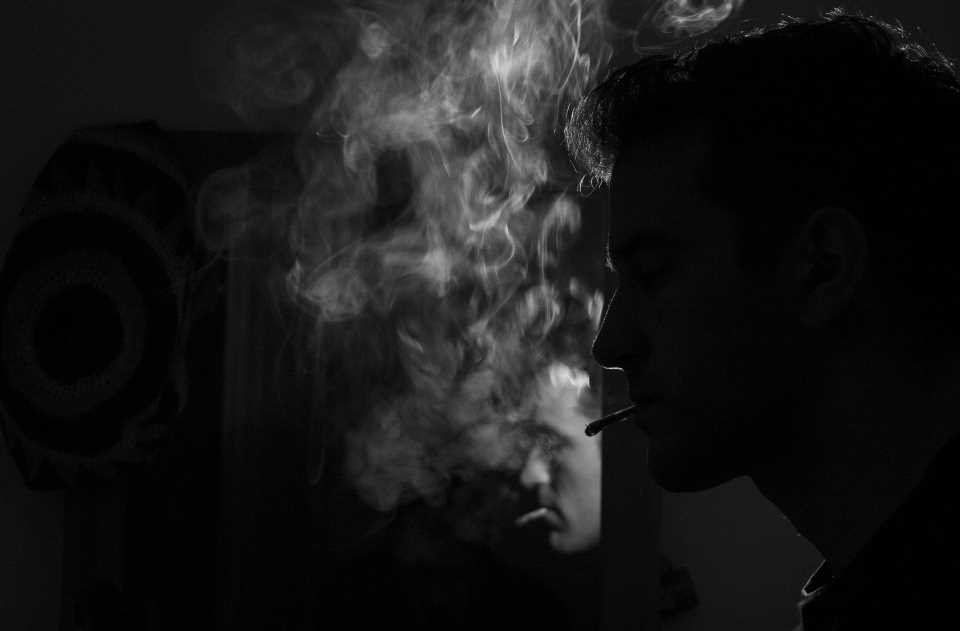 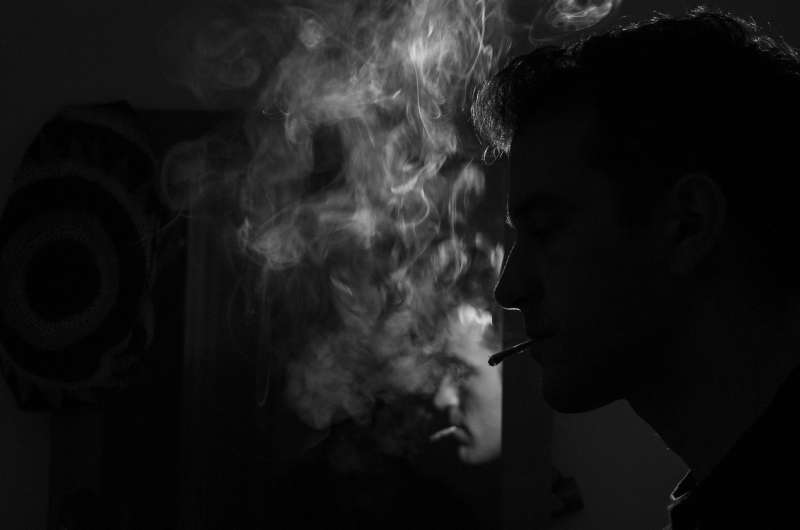 One in five people who smoke also drink heavily, but they show worse outcomes than non-heavy drinkers in quitting smoking and are often excluded from smoking cessation trials. Knowing how challenging it can be to quit smoking, Andrea King, Ph.D., Professor of Psychiatry and Behavioral Neuroscience at the University of Chicago, wanted to find a treatment that could help smokers to quit, particularly those who would describe themselves as heavy drinkers.

It may be easy to dismiss heavy drinking and smoking behaviors as “bad habits,” but there are biological mechanisms that tie the two tightly together. To this point, King’s past research has shown that the higher the alcohol consumption, the more intense the urge to smoke, and that alcohol acutely activates brain reward pathways when smokers were shown images of smoking. “Instead of blaming them, I thought, if we could find treatments that could help them, that would really help because they are at risk for health consequences that are worse than using either substance alone,” she said.

King set out to test whether smokers who also drink heavily could be helped through a combination treatment, using two drug therapies together instead of just one. She wondered whether combining treatments that are known to work well would help with smoking cessation for this group. The results of a study to test this idea were published on March 4th in JAMA Network Open.

During the 12-week study, King and her collaborators gave 122 smokers who were also heavy drinkers either nicotine replacement therapy (in the form of the nicotine patch) in combination with the smoking cessation drug varenicline, or in combination with placebo. During weeks nine to 12, the participants were asked to report whether they were abstaining from smoking. Those individual reports were confirmed by a lab test administered during week 12.

The results showed that the combination treatment of nicotine replacement and varenicline was indeed more effective for smoking cessation, with 44.3% of participants abstaining from smoking through the last weeks of the study. In contrast, less than a 27.9% of the participants who received nicotine replacement combined with placebo had still quit at the end of the study. The combination treatment was also well tolerated by most participants and did not produce any severe side effects.

King and her colleagues were surprised to find that participants from both groups in the study also reduced their rates of drinking. At the beginning of the study, male participants drank more than 14 drinks per week and female participants drank more than seven drinks per week. All had at least one heavy drinking day (at least four to five drinks in a day) per week. But by the end of the study, weekly drinking days for participants decreased by 25%. Surprisingly, this was true in both the combination treatment and the nicotine replacement-alone groups. Neither varenicline nor nicotine replacement had been shown to decrease drinking rates in smokers before, so it was unclear why the study participants reduced their drinking during the study.

King and her team did not expect drinking rates to change much, if at all, during this study. “I was hoping the combination treatment would improve smoking quit rates, that was our hypothesis. But seeing the results, I thought, what is the placebo group doing reducing their drinking? We didn’t expect that to happen.”

While participants were not directly told to reduce their drinking, they were asked about their drinking in surveys throughout the study. “We didn’t necessarily address drinking strongly in the behavioral counseling, but it was mentioned as a trigger for smoking, like caffeine and other substances,” King said. But simply asking participants about their drinking and knowing how closely the two substances are tied together may have prompted them to reduce drinking in order to improve their chances of quitting smoking.

“They didn’t get comprehensive alcohol treatment, but they really had a reduction in drinking once they paid attention to it and were asked about it regularly,” King said. “So, it might have been them intuitively knowing that connection and saying, ‘I’m going to have to make a change.'”

While more work needs to be done to determine what exactly helped these smokers to reduce their heavy drinking, the results of this study suggest that addressing both addictions at once might be synergistic and could provide better overall health outcomes than previously thought. In the past, people who want to quit or abstain from drinking have been discouraged from quitting smoking at the same time. But this advice keeps such individuals at risk for health harms and diseases associated with smoking.

Developing effective methods for treating addictions to nicotine and alcohol together could lead to better health outcomes. “More alcoholics die of tobacco-related diseases than they do of alcohol-related diseases. So, addressing both addictions should be something that is part of the conversation early in treatment. That way we can better figure out how to make treatment efficient and sustainable,” King said.

More combination studies on the horizon

This study also suggests that there is much to be learned from studying populations with comorbid health issues. Many studies try to avoid including participants with comorbidities in things like substance use, and even psychiatric conditions like anxiety and depression, in order to avoid confounding results. But King prefers a different approach. “I like a more holistic and comprehensive approach to be inclusive with our participants,” she said. “If you’re trying to get a purer sample, the results might not be as applicable for the larger population. If you can be more inclusive, your results may better generalize to the larger population, and that’s the goal.”

By focusing on smokers who also drink heavily, this study not only showed that combination treatment could help the participants to quit smoking, it also showed that addressing smoking could have secondary effects on their drinking.

In light of these findings, King says that she wants to see drinking addressed more frequently in treatment programs for smokers who are trying to quit. For example, smoking cessation treatment could be tailored to heavy drinkers by administering a combination treatment like varenicline and nicotine replacement therapy to provide extra support. Treatment providers could also inform patients of how their drinking habits might affect their efforts to quit smoking, which could help participants to struggle less with smoking and/or drink less for better health outcomes.

“Patients listen when we say, ‘This is what we know from a science base and this could really help you,'” she said. “It’s so important to identify those effective treatment combinations and be able to tell patients what works and help them along this important journey.”