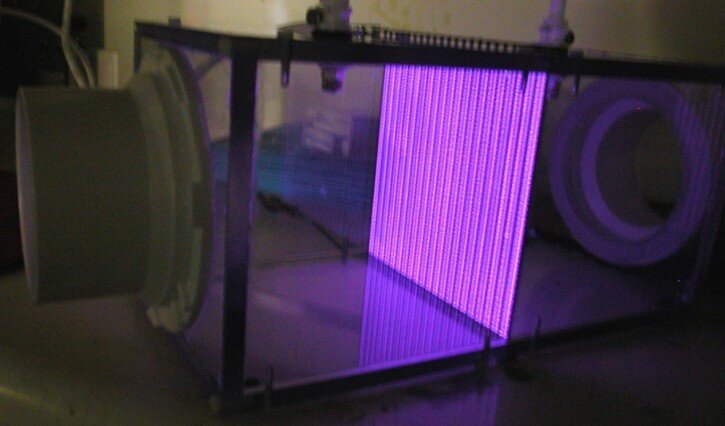 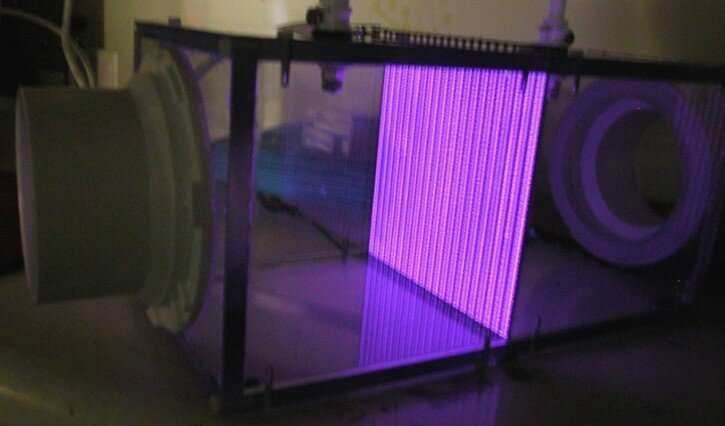 For many Dragons and their fellow Philadelphians living through the COVID-19 pandemic, March 16 meant entering a period of inaction.

That’s when Philadelphia Mayor Jim Kenney passed down a mandate which closed all non-essential businesses, including all bars and restaurants, for in-house service. Then, a week later on March 23, Pennsylvania Governor Tom Wolf included Philadelphia County and several counties that surround it in a “stay-at-home” order requiring citizens to self-quarantine at home unless they were providing essential job functions, or seeking or supporting life-sustaining services.

But for Evan Ehlers and his food reallocation and recovery non-profit Sharing Excess, March 16 was when he knew it was about to be one of the busiest periods he and his employees and volunteers had ever seen. All those bars and restaurants and hotels providing food service were about to limit their offerings to take-out only, or cease operations completely. All of their perishable food inventory was about to go to waste.

Good thing the Drexel University alum Ehlers (BA entrepreneurship/entrepreneurial studies ’19) founded his non-profit to combat just that, and the infrastructure he’s built around its mission in under two years could handle the influx of resources available for redistribution with minimal waste and maximum impact.

“Like everyone, when we were hearing about [COVID-19] hitting, it wasn’t something that we thought was going to hit as fast as it did,” Ehlers said. “So, when we got the news that these regulations were coming in sooner than expected and every restaurant was going to have to close their doors, we knew that this was going to create a massive amount of food surplus in a very short period of time.”

Ehlers founded what has become Sharing Excess in 2016 as a standardized donation program for college students to reallocate excess meal swipes to community members in need. That function of the non-profit still exists at several universities in Philadelphia including at Drexel, which has its own Sharing Excess chapter run by current students and does weekly shifts recovering guest meal swipes from students in the Urban Eatery.

Then, in 2018, Ehlers took advantage of his Close School of Entrepreneurship’s entrepreneurship co-op opportunity which allowed him to access the funding and support needed to grow his dream into what it is today. Since graduating in June 2019, Ehlers has built Sharing Excess into a 40-food industry partner, seven university-chapter, food-donating machine, not in the thousands of pounds, but in the hundreds of thousands—about 245,000 pre-pandemic, to be exact. Oh, and it’s also Ehlers’ full-time job, as well as a source of income for a team of 10 drivers and a source of pride for hundreds of unpaid volunteers.

“We’re now the fast, convenient, agile delivery service that can take leftover food from any grocery store or restaurant and then deliver that to a hunger relief organization or community center in about 30 minutes or less,” Ehlers said. “So, we’ve fleshed out that side of what we’re doing, and we are able to really mobilize this through the civic engagement and the passion and the energy of college students.”

This agility and passion are what led to the dozens of calls starting March 16 from old and new donation partners across the city for Ehlers and his team to come pick up their excess inventory. In the two weeks that followed, Sharing Excess completed about 50 pickups to rescue over 30,000 pounds of food (safely, with donated bulk bottles of hand sanitizer and latex gloves).

The calls from the city came, too. Ehlers said Sharing Excess is one of a handful of organizations the city is relying on to get food to the people who need it in the coming weeks, and potentially the coming months.

Through all this, the non-profit also gained 100 new volunteers and burned through a lot more of their budget than they thought they would have in the first quarter of the year. It all adds up to exactly what Ehlers had hoped and envisioned in starting this.

“It’s awesome. I love doing it,” he said when finally reflecting on what Sharing Excess was able to do in response to COVID-19. “I knew that I didn’t want to do the classic 9-5 going into college just from having my first job as a cashier at a grocery store. So, having that same kernel of belief of wanting to do something more meaningful with my life and with a career, and having that come to fruition after I graduate and I’m actually able to pay my rent and pay a team of 10 drivers and do this full-time is exactly what I dreamed of, which is giving food for free to people and being able to do it for a living.”

Ehlers shares this dream with the around 40 current students who make up the Sharing Excess Drexel chapter, including Cara DePiano, a junior biological sciences student and the acting chapter president since fall term.

DePiano became passionate about fighting food insecurity ever since completing the service opportunity required for her CIVC 101 course freshman year with The Sunday Love Project, which provides food for those experiencing homelessness. That’s also how she met Evan and became familiar with Sharing Excess, and when she realized she could continue on with this work long after CIVC 101 had ended.

“[Evan] developed a system that makes it so easy for every kid at Drexel to give back, even if they just swipe their card, they give one meal swipe, that’s a meal that is anonymously reallocated to a student who can’t afford it,” she said. “So, for me personally, I feel like the biggest thing with service is you’ve just got to get over the hump of driving yourself to do it. Then, you realize there’s so much to receive in giving.” 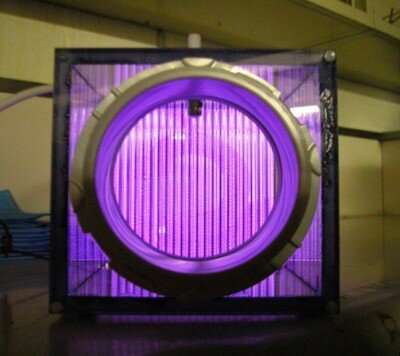 Unfortunately, even though Sharing Excess’ work overall has ramped up due to COVID-19, the Drexel chapter’s efforts have come to a screeching halt due to the campus closure and the fully remote spring term. So where DePiano and those in her student group would usually be recovering food from businesses near campus three times a week (enough for 600 meals in the fall) and collecting meal swipes during two dinner shifts (2,000 swipes since October), they will now be exploring ways to make a difference from afar.

“My e-board and I have just been getting settled in our new realities, I guess,” DePiano said.

DePiano and her executive board were also not involved personally with the COVID-19-related food recovery taken on by Sharing Excess. This was an especially hard decision for DePiano, she said, because with the work came the increased risk for exposure that she could also pass on to her family and grandmother at home.

“Evan has just been a total rock star getting everything done with people at headquarters,” she said. “I wish I could have been more involved, but due to the nature of the virus and my personal situation at home, I wasn’t able to participate. … It’s definitely something I wish I could be a part of.”

For Ehlers, the urgent calls from Starr Restaurants and the Four Seasons hotel have now started to slow. There have been less 14 to 18-hour workdays, and the period of reaction for Sharing Excess is moving through to a new period of planning. As bars and restaurants have less inventory to recover, Sharing Excess will move into a new role within Philadelphia’s food insecurity action plan by taking inventory from some of its larger partners, including Share Food Program and Philabundance, and delivering those resources to any one of about 40 established food distribution sites where residents in need can pick up food for their household.

George Matysik, executive director for Share Food Program, one of the largest food banks in the region, said Ehlers and his organization have always been willing to step up and go above and beyond to help those in need, pandemic or not.

“There’s an urgency behind the issue of poverty in the city of Philadelphia that I don’t know if every organization working on this gets that sense of urgency, but I can tell you that Evan is somebody who, in those normal times, did and does, and in these times, has just stepped up 100 fold from where he was before,” Matysik said. “So, having a partner like Evan and Sharing Excess has just been critical at this time for us because we are all working around the clock to ensure that Philadelphians are getting the food access that they need.”

Matysik added that Share Food Program started its COVID-19 response in late February by tripling the amount of food provided to its network of 500 organizations like food pantries and soup kitchens, allowing them to “stock up” while also making room at Share Food for the additional resources that would inevitably come in following non-essential business closures.

“That’s where an organization like Sharing Excess is just so critical for our organization, where they were able to really just handle, soup to nuts, all of the logistics behind picking up as much product as we were able to get,” Matysik said. “Our organizations have been such a good match because we too are a 24/7 organization. So, I can’t tell you how many times Evan has called me on a Sunday evening saying, ‘I’ve got a restaurant that’s getting ready to throw away XYZ,’ and I’m able to say, ‘Come on by the warehouse, I’ll have somebody there for you’ and we’re able to take that donation in, process it and get it available for redistribution on Monday.”

“I’ve probably seen Evan more than I’ve seen my wife in the last three weeks,” he added with a laugh.

Matysik said Share Food Program and Sharing Excess are also considering working together to establish a home delivery model for seniors who may not be able to make it out to one of the distribution sites, ensuring their continued food access. Ehlers also said he hopes his work and the city’s future plans can positively affect furloughed service industry workers.

All in all, it seems Sharing Excess will continue to jump into action—despite this period of inaction—wherever and whenever they are needed, and they may find more and more in the community willing to help share and spread the excess.