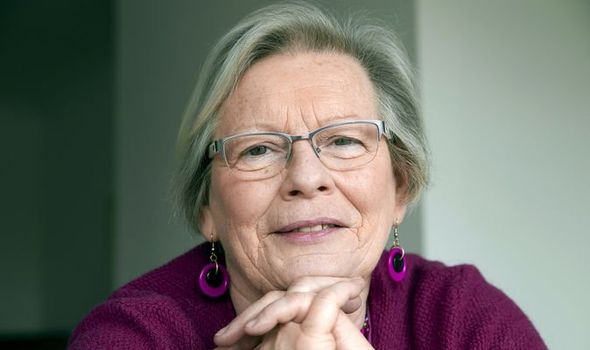 The entire room seemed to be full of it and Joy Milne froze as she realised it was emanating from the people in the room. She knew this unappealing aroma all too well, but she had never smelled it anywhere other than on her own ­husband’s clothing. She had first noticed it a decade earlier when she had picked up Les’s shirt from the laundry basket and smelled it ­clinging to the cotton fibres.

As tactfully as possible, she had asked him whether he was showering often enough. Les assured her that his personal hygiene had not changed at all.

Since then, he seemed to have become saturated in the same dank and unappealing odour.

But it was only after Les was ­diagnosed with Parkinson’s disease in his mid-40s – 12 years after Joy had first noticed the strange new smell – and she went with him to a Parkinson’s support group meeting, that she came across others who smelled the same as her husband.

Walking into that room proved to be overwhelming event, as well as one with the potential to change the future for millions of people. 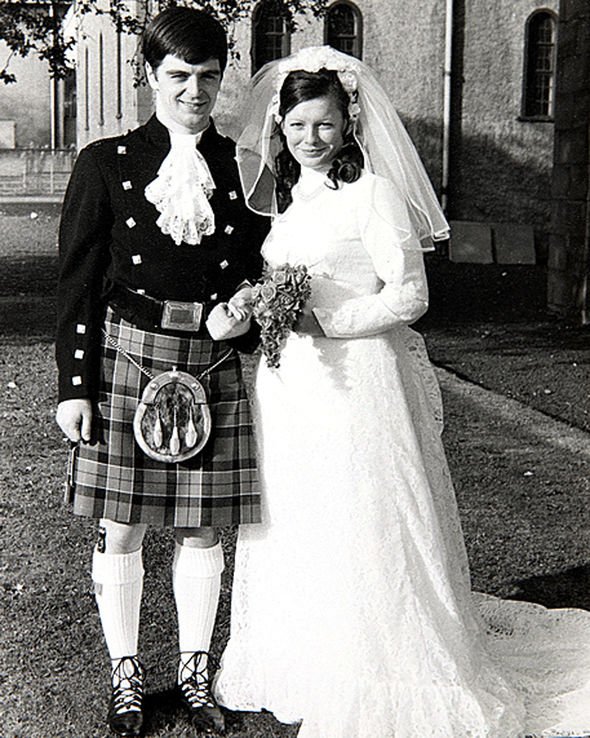 “It was like an out-of-body experience,” recalls Joy, 69, who lives in Perth, and who met Les when they were both in their teens.

“I was frozen in this room with this smell around me, and I felt quite numb really. Until then I had thought the greasy smell was unique to my husband, but in that moment I realised it was unique to his disease.

“Then I started to follow it around the room. It was very strong with some, and weak with others. I was talking to people under the pretext of offering them a biscuit in order to smell it at all its different levels.”

When she told Les, a ­consultant anaesthetist, what she was sensing he said, firmly: “You won’t let this go, will you?”

Before his death in 2015, he made Joy promise to use her unique sense of smell to help researchers come up with a cure for a condition that is normally diagnosed by muscle tremors – by which time irreversible brain damage has already taken place.

Like a so-called “super nose” employed by a vintner, perfumier or chocolatier, Joy’s superior olfactory ability is now being harnessed by experts.

Their research has proved that Joy, a former nurse, can smell Parkinson’s disease before it is medically diagnosed. This has the potential to be life-changing for millions.

“The increase in Parkinson’s is really quite horrific and I desperately want to help find something that will slow it down,” says Joy, who is able to track smells, much the same as a dog might.

“I have been described as halfway between a dog and a human, but that is not an insult,” laughs Joy, who is now working with a team at Manchester University to isolate the nine molecules that make up the ­signature smell of Parkinson’s. 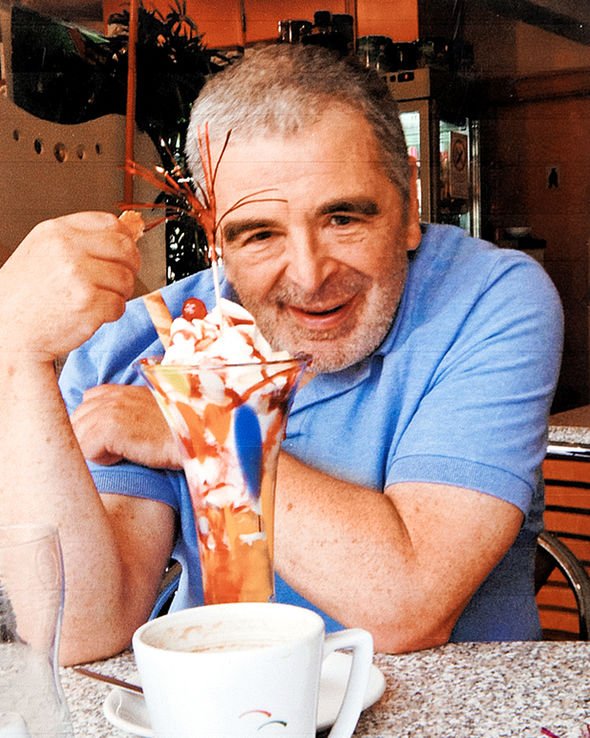 The odour is strongest at the nape of the neck and the research team aims to develop a simple swab test to enable early diagnosis of this ­devastating disorder in the hope that medicine can slow decline before it is irreversible.

In two weeks’ time, Joy will return to Manchester University to “really hit the research”.

She says: “I need to adjust some of the levels and I hope that I will then be close to creating the signature smell of Parkinson’s.”

Joy has always had a superior sense of smell, but it was only when she became a parent that she began to realise that not everyone shared it.

When reading aloud to her sons she would vividly describe smells evoked by the stories.

“If a story mentioned dolly mixtures, for example, I would automatically bring in a sense of the way that the ginger or sweetness moves.”

Her children loved these colourful descriptions but she soon realised that although they were fascinated they did not share her sense. But her sister and grandmother did.

“My sister smells in colour, but it was my grandmother who told me to be ­careful with my ability.

“I once took a coat from her friend and looked at my grandmother. I could immediately smell the cancer, and so could she – it has an earthy almost yeasty smell – but she whispered that her friend had already made an appointment for suspected breast cancer for the following day.”

Joy is a keen artist who paints to express the world as she experiences it. “When I draw flowers I draw how the smell is moving through the ­petals and how it changes over time,” she explains. 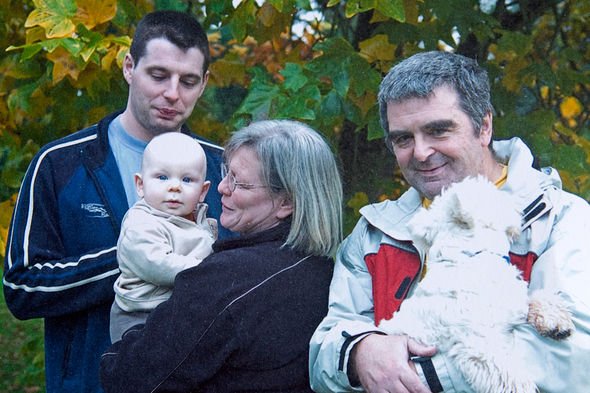 “I can see smell as I can watch the ­individual scent molecules moving.”

This ability is called synaesthesia. She laughs when I ask if everything, even a doorknob, has a smell.

“Of course,” she says. “A doorknob smells of the perfumes and lotions on the hands of people who touched it.”

But her sensitivity to smell means she is unable to enter the cleaning products aisle in supermarkets. To most people, the plastic packaging has no odour; to Joy, it is so intense she starts to retch.

Instead, she cleans her house with lemons, oranges and sodium bicarbonate, and she avoids hand-wash ­products in public lavatories – the cheap perfume lingers for days.

Joy believes that her unique olfactory ability was “trained” during the decades she spent working as a nurse.

“I worked in a large ward at a time when people in hospital did not leave their beds and I could tell from the smell of each person if they were getting better or worse, although I wasn’t allowed to say anything of course,” she says. “Instead of being trained as a wine or whisky nose, I unknowingly trained myself as a medical nose.”

She says Alzheimer’s smells like “vanilla, with a dark side” while tuberculosis smells “harsh”.

She recently travelled to Tanzania with the charity APOPO, which trains rodents to smell out landmines and disease, and she smelled tuberculosis for the first time in 40 years. Her internal “smell library” had stored the odour precisely.

“It is strange how medical smells often start off with something quite familiar and acceptable, and once they start to dissipate there are these really quite unpleasant smells behind them. It’s almost as if the body is giving off a warning,” says Joy. 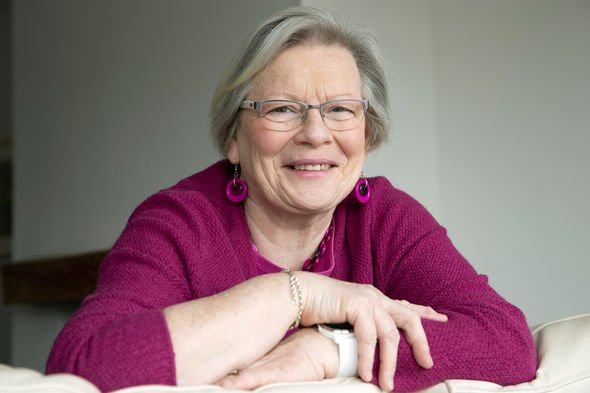 David Dexter, the deputy director of research at Parkinson’s UK, which is funding the research together with the Michael J Fox Foundation, is hopeful that the odour could be used as an “early bio marker” for people predisposed to Parkinson’s.

“The earlier the detection the better the potential intervention,” he explains.

“I think Joy’s legacy will be a stronger battery of tests for early detection, and eventually the dramatic slowing of Parkinson’s in its tracks. Her acute sense of smell makes Joy gold dust.”

Alison George, at New Scientist magazine, agrees. “Joy’s ability to smell diseases has some incredible implications. It could lead to new ways to diagnose diseases – not only Parkinson’s but perhaps TB, and possibly more.”

But for Joy, the work remains deeply personal. “It’s hard to watch the person you love being destroyed by something that no one can do anything about,” she says, “and I don’t want other ­families to suffer the way our ­family suffered.”