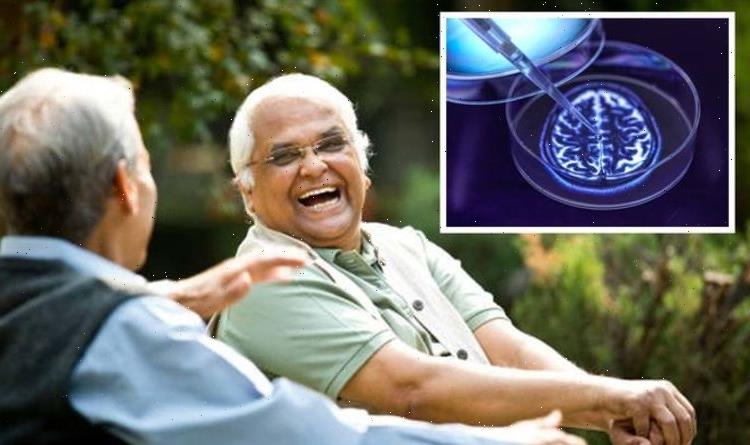 Dementia: Dr Sara on benefits of being in nature

The NHS says that there is good evidence that a healthy lifestyle can help reduce your risk of developing dementia. Although there are some risk factors you can’t change, there are many that you can. This will not mean that you definitely do not develop the condition, but can make it less likely.

Harvard Health Publishing says that there are “ways to keep your brain young”. Some surround diet and exercise, though there are a number of other factors.

These include advising that you “care for your emotions”. It says that “people who are anxious, depressed, sleep-deprived, or exhausted tend to score poorly on cognitive function tests” so good mental health and restful sleep are important.

Moreover, you should “protect your head” as moderate to severe head injuries, even without diagnosed concussions, increase the risk of cognitive impairment.

Thirdly, you should consider building social networks. It states: “Strong social ties have been associated with a lower risk of dementia, as well as lower blood pressure and longer life expectancy.”

The Alzheimer’s Society (AS) notes that midlife – from your 40s into your early 60s – is a good time to start taking steps to reduce your risk of developing dementia, though it is helpful to take steps at any age.

“The brain changes that cause dementia can start years or even decades before symptoms develop. If you live a healthy lifestyle now, you are reducing the chances that these brain changes will happen,” it adds.

There are five more common types of dementia and these are Alzheimer’s disease, vascular dementia, dementia with Lewy bodies, frontotemporal dementia and mixed dementia.

By 2025, Dementia UK reports more than one million people will be living with dementia in the UK.

The NHS suggests that risk factors such as hearing loss, untreated depression, loneliness or social isolation, or sitting for most of the day, may also be important.

The NHS Health Check can help find early signs and tell you if you’re at higher risk of certain health problems that can also increase your risk of dementia.

It is a free check-up of your overall health for people aged 40 to 74 who do not have heart disease, diabetes or kidney disease, and have not had a stroke, and is offered every five years.

The “MIND” diet, short for Mediterranean-DASH Intervention for Neurodegenerative Delay, can also bolster the brain against decline, according to the Mayo Clinic.

The AS says: “Evidence shows that a diet rich in fruit, vegetables and cereals, and low in red meat and sugar could help reduce dementia risks.”

It adds that mediterranean diets are traditionally high in fruits, vegetables, legumes and cereals, with moderate consumption of oily fish and dairy, and low in meat, sugar and saturated fat.

“Most fat in this type of diet comes from olive oil, and alcohol is consumed in moderation with meals,” it states.

As a person’s age increases, so does the risk of them developing dementia, though symptoms can vary widely from person to person.

Symptoms vary according to the part of the brain that is damaged.

The NHS says common early symptoms may appear some time before a diagnosis of dementia.

These include memory loss, difficulty concentrating, struggling to follow a conversation or find the right word and being confused about time and place.