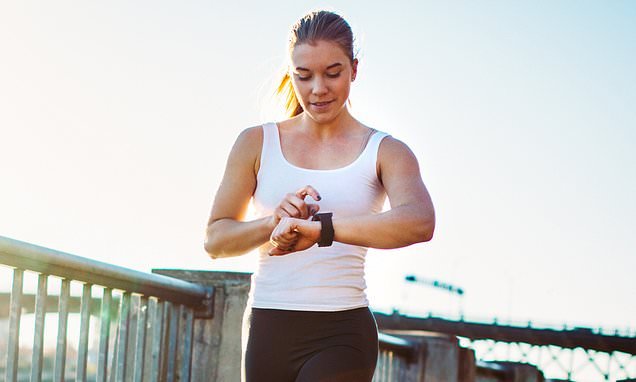 Do you really need to hit 10,000 steps a day? New study finds walking HALF as much is enough lower your risk of early death

We’ve all heard that getting in 10,000 steps every day is key to maintaining a healthy lifestyle.

But a new study suggests you might be able to lower that daily benchmark and take half as many steps.

Researchers from Brigham and Women’s Hospital in Boston, Massachusetts, found that older women who took just 4,400 steps a day slashed their risk of early death by more than 40 percent.

The mortality rate decreased with more steps taken, before leveling out at around 7,500 steps a day.

The team says the findings can encourage people who want to be less sedentary – but find 10,000 steps to be a daunting number – to get some physical activity into their day. 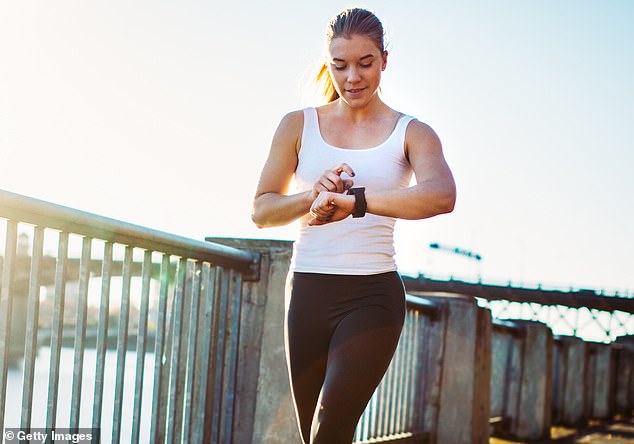 A new study from Brigham and Women’s Hospital in Boston, Massachusetts, has found that older women who took 4,500 steps per day lowered their risk of early death by 41% (file image)

For the study, published in JAMA Internal Medicine, the team looked at more than 16,700 women between ages 62 and 101 for four years.

The participants’ number of steps were tracked each day with wearable devices.

Researchers found that reaching below half of that ‘magical’ 10,000 number slashed the risk of early death in older women.

Women who reached about 4,400 steps per day were 41 percent less likely to die than women who walked roughly 2,700 steps a day.

Mortality rates continued to decline with more steps before leveling off at around 7,500 steps.

‘Taking 10,000 steps a day can sound daunting. But we find that even a modest increase in steps taken is tied to significantly lower mortality in older women,’ said co-author Dr I-Min Lee, a professor in the department of epidemiology at Harvard TH Chan School of Public Health. 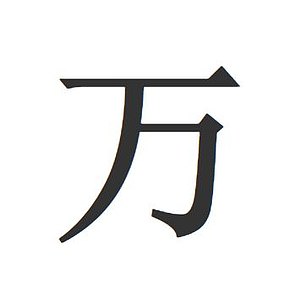 Researchers believe the 10,000 steps a day guideline came from a Japanese company that made a pedometer called Manpo-kei, which translates to ‘10,000 steps meter’. They believe this name was chosen because the Japanese character for ‘10,000’ that may look similar to a person walking (above)

‘Our study adds to a growing understanding of the importance of physical activity for health, clarifies the number of steps related to lower mortality and amplifies the message: Step more – even a little more is helpful.’

So where did this 10,000-step guideline come from?

The authors aren’t sure, but believe it dates back to around 1965 as a marketing strategy in Japan.

The company was making a pedometer called it Manpo-kei, which translates in Japanese to ‘10,000 steps meter’.

Dr Lee told The Atlantic that she believes this name was chosen because the Japanese character for ‘10,000’ that may look similar to a person walking (with a hat and a cane).

The results of the new study come on the heels of the updated physical guidelines administered from the American Heart Association.

Old guidelines suggested that an adult needed to do 10 minutes or more of aerobic activity per day.

But the updated ones say that any amount of physical activity contributes to overall health.

‘Of course, no single study stands alone. But our work continues to make the case for the importance of physical activity,’ Dr Lee said.

‘We hope these findings provide encouragement for individuals for whom 10,000 steps a day may seem unattainable.’