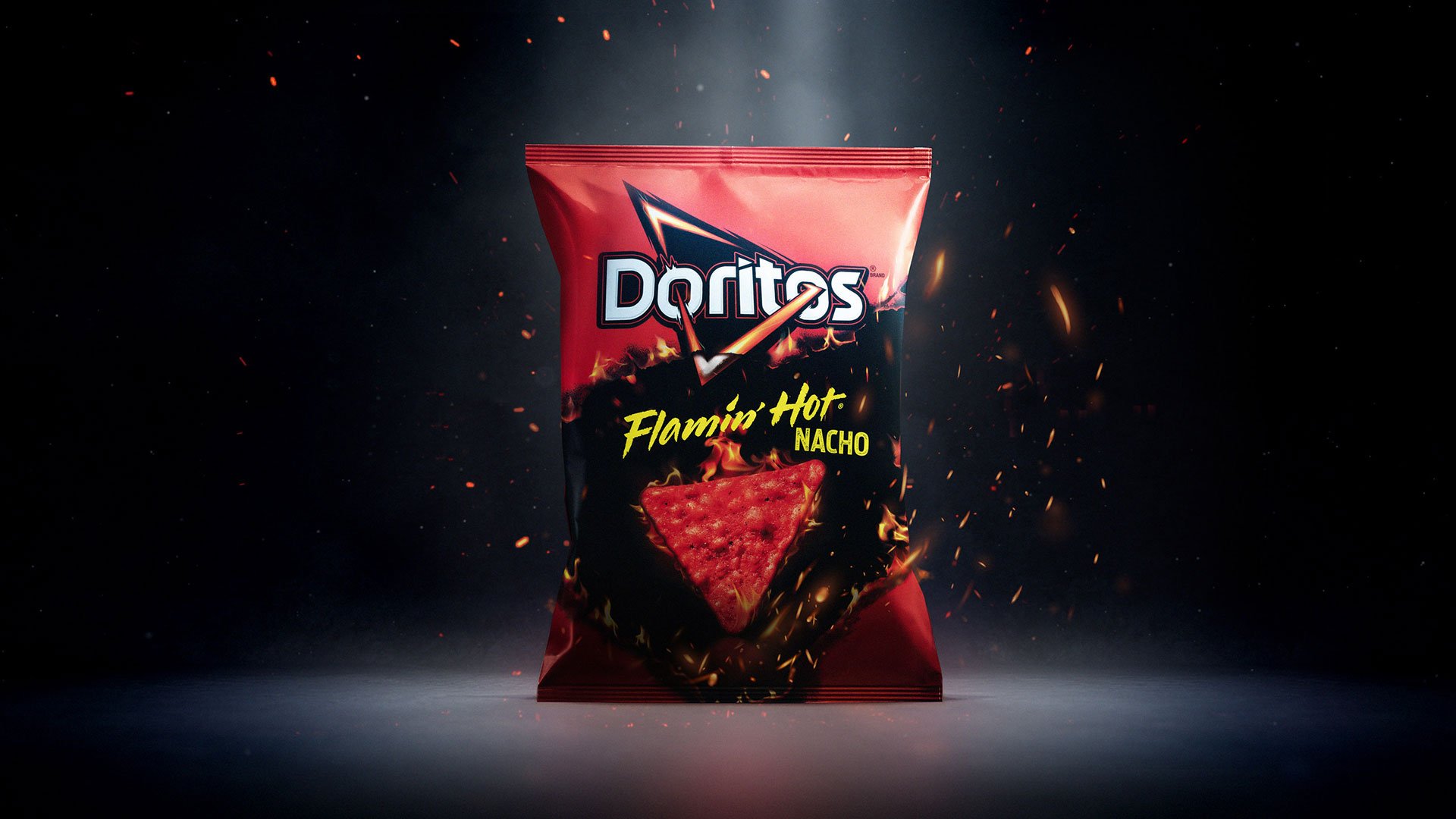 You may want to sit down for this, Doritos fans, because, boy, do we have some news for you! Now available in stores is Doritos’ latest bold, hot-and-spicy flavor, Flamin’ Hot Nacho, combining your love of both nacho cheese and that Flamin’ Hot Cheetos flavor we all love so much. We like to think this is Doritos’ way of apologizing for that time Doritos attempted to introduce “lady-friendly” chips to the world and literally no one was having it.

This isn’t, however, a collaboration with Cheetos.

“Doritos Flamin’ Hot Nacho is a new, unique flavor that gives fans the essence of the original Doritos Nacho Cheese with a flamin’ hot kick we know snackers love,” said Leslie Vesper, senior director of marketing for Frito-Lay North America, in a press release. “We’re excited to bring together two of our most popular flavors just in time to spice up the snack aisle for the new year.”

The press release also states that Doritos Flamin’ Hot Nacho is considered to be the first time flamin’ hot flavors have been on a tortilla chip nationwide.

Doritos Flamin’ Hot Nacho is here. This is not a drill! ?: by Joseph Binetti from DoritosLegionOfTheBold.com

According to Business Insider, Vesper said Doritos created the new flavor due to the increasing popularity — and demand — for spicy food, especially among younger people.

“There’s incredible demand for our spicier Doritos flavors, so we wanted to offer another variety in Flamin’ Hot Nacho that we think will be a huge hit,” Vesper said.

Vesper isn’t wrong. Spices predominately used in multicultural cuisine are expected to be a huge food trend this year.

Refinery29 tried the new Doritos Flamin’ Hot Nacho flavor out, and according to their taste test, while the chips are still pretty hot, the nacho cheese flavor helps alleviate that initial spicy burn.

“Others who aren’t as into Hot Cheetos said that they actually preferred the new Doritos,” Refinery29 reports. “’Whenever I eat Flamin’ Hot Cheetos, I find myself wishing they were just regular Cheetos,’ one taste tester expressed, ‘but these Doritos stand on their own.’”

We’re sold. We need to try these Doritos stat.