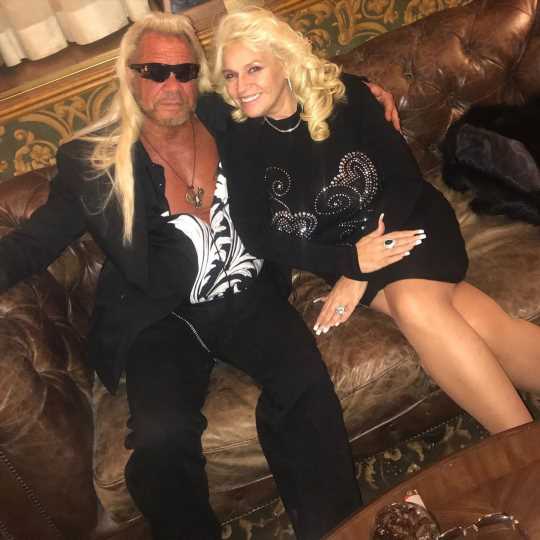 Three months after his wife Beth died following a battle with cancer, Duane “Dog the Bounty Hunter” Chapman is now facing his own series of medical issues.

In an exclusive clip of Monday’s episode of The Dr. Oz Show, the Dog’s Most Wanted star, 66, learned he was suffering from a pulmonary embolism in the heart — a “life-threatening” condition in which one or more arteries has been blocked by blood — two weeks after being hospitalized for chest pains.

“You’re a ticking time bomb,” Dr. Oz, who went to visit Dog at his Denver home, tells the TV star in the clip. “You’re not going to be here with the heart the way it is right now. Fear of death is normal. I’m surprised you don’t fear death when you’re chasing after convicts. But when you run away from doctor, that means you have to do your own doctoring.”

Speaking to PEOPLE after the diagnosis, Dr. Oz says Dog was “denying care that he knew would be life saving.”

“[Duane] was fearful,” he reveals. “Beth had been his north star. She was the one that would go with him and keep him balanced so he could deal with these things. Losing her took away his biggest support.”

And Dog, though weary of doctors and hospitals, eventually came to an understanding and agreement.

“I hesitated for a minute thinking, I don’t want to have to go through this again,” Dog tells PEOPLE. “I don’t want to die right now. I’m not afraid to die anymore, but I really didn’t care for awhile if something would happen. I do care now.”

Now, Dog — who is on blood thinners, a healthy diet, and is making strides towards kicking his smoking habit — is on the road to recovery.

In mid-September, Dog was taken to a hospital in Colorado after feeling a pain in his chest, TMZ reported. His hospitalization came nearly three months after Beth died of complications from throat cancer on June 26. She was 51.

Earlier this month, fans of the reality star got an inside look at how Beth’s family came to terms with the harrowing diagnosis during the premiere episode of WGN America’s Dog’s Most Wanted.

He also appeared on an episode of Dax Shepard‘s podcast Armchair Expert, where he revealed how he’s been coping since Beth’s death.

“And you’ve got to imagine what your identity is now without half of you,” Shepard said. “That’s got to be terribly frightening.”

“I googled it,” Dog responded. “It says you adapt, you get smarter. She used to tease me, ‘You stole me from the cradle at 18 years old.’ I had her until she was 51, and I’d say one word and she knew what it meant. She’d be like, ‘Let me do it, Big Daddy, you’re too aggressive.’ And then she became more aggressive than me. And now all the sudden she’s not there. Google says you get smarter when you’re forced to deal with it. Because I still go, ‘What time do you have to be up in the morning, honey?’ I’m setting the alarms. … I’m getting better. I depended on her for so much.”

Coronavirus antibodies estimated in less than 5% of French population: study

Coronavirus antibodies estimated in less than 5% of French population: study