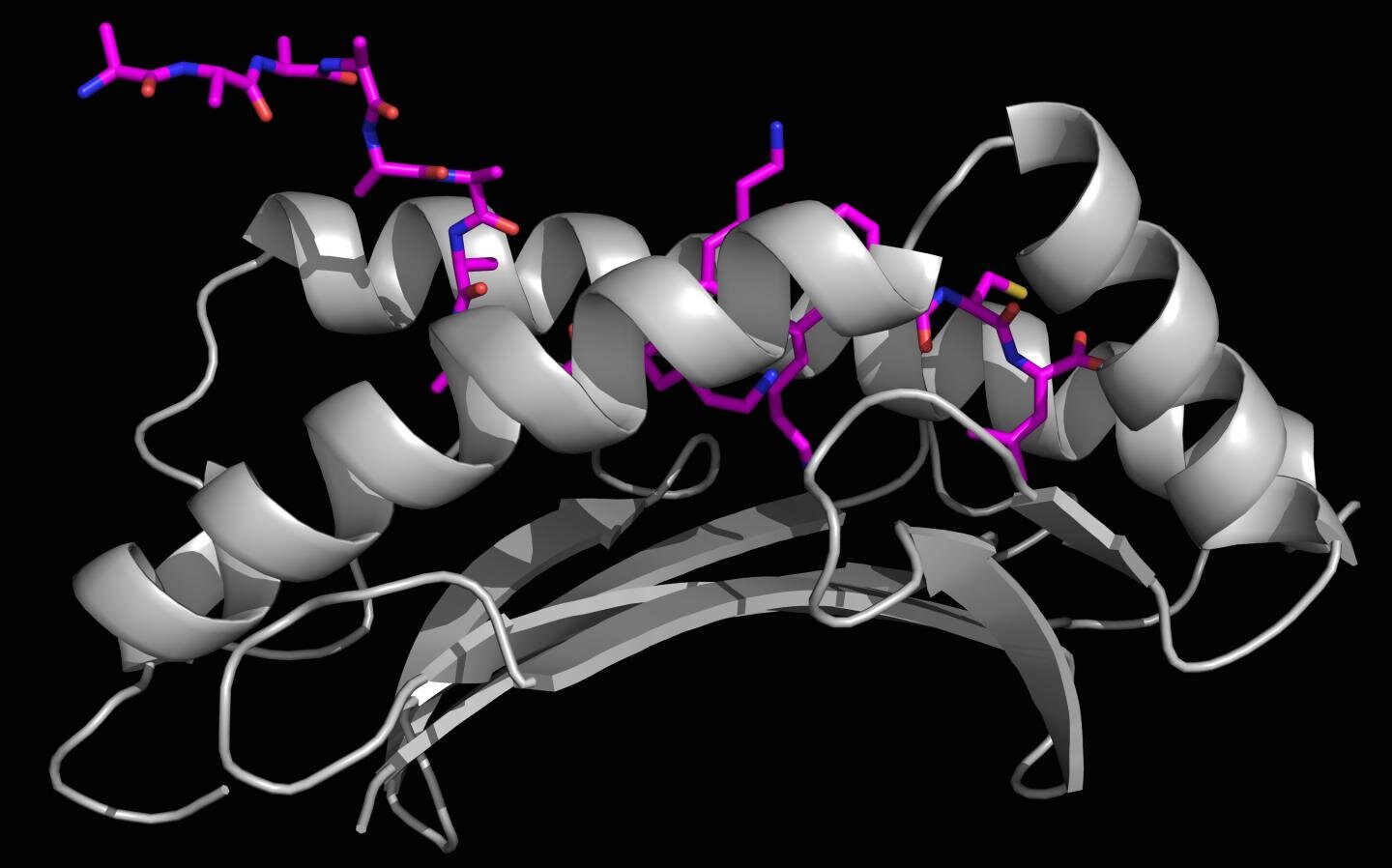 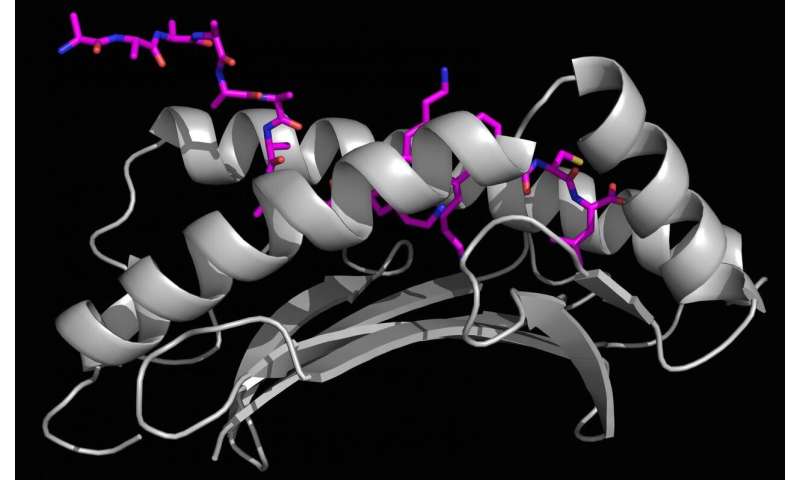 In a paper published in the Journal of Biological Chemistry, University of Illinois at Chicago researchers and colleagues report a new mechanism for detecting foreign material during early immune responses.

Viruses, bacteria and cancer have many ways to replicate and survive in our bodies. For viruses and bacteria, they invade a cell directly to avoid detection. Cancer cells have the advantage of being native in the body. However, the body has safeguards against such sneaky tactics.

“There are proteins in the cell that await the presence of foreign material,” said Marlene Bouvier, senior author and UIC professor of microbiology and immunology at the College of Medicine. “One protein, called endoplasmic reticulum aminopeptidase 1, or ERAP1, is programmed to find foreign material, like viral and bacterial proteins, and break it into smaller parts, also known as peptides. Another protein—major histocompatibility complex class I, or MHC I—is programmed to attach itself to a foreign peptide and move it to the cell’s surface. With the foreign peptide outside the cell, immune cells can recognize and destroy the infected cell.”

This is an example of a normal process, Bouvier said, but sometimes a foreign peptide, once bound to MHC I, remains in the cell. This happens when the foreign material is not broken down to a small enough size or is too long.

Bouvier and colleagues used X-ray crystallography—a method to see structures on an atomic level—and mass spectrometry—used to identify peptide length by mass—to show that ERAP1 can cut extra-long peptides even after they have bound to MHC I.

“X-ray crystallography allowed us to determine three-dimensional structures to see how these longer peptides bound to the MHC I groove with high resolution,” Bouvier said. “Using an ERAP1 enzymatic assay with mass spectrometry gave us the ability to show, for the first time, that ERAP1 can trim peptides bound to MHC I. These tools allowed us to develop a model of this new immune response mechanism.”

“This research can have major implications for immunotherapies,” said Bouvier. “For example, cancer cells do not always present enough peptides to be labeled as ‘foreign’—allowing the cancer cells to replicate and grow. But if you have a way to manipulate how ERAP1 generates cancer peptides, then you can hopefully skew the peptide repertoire that is presented on the cell surface in our favor. This is the most translational application of our research.”